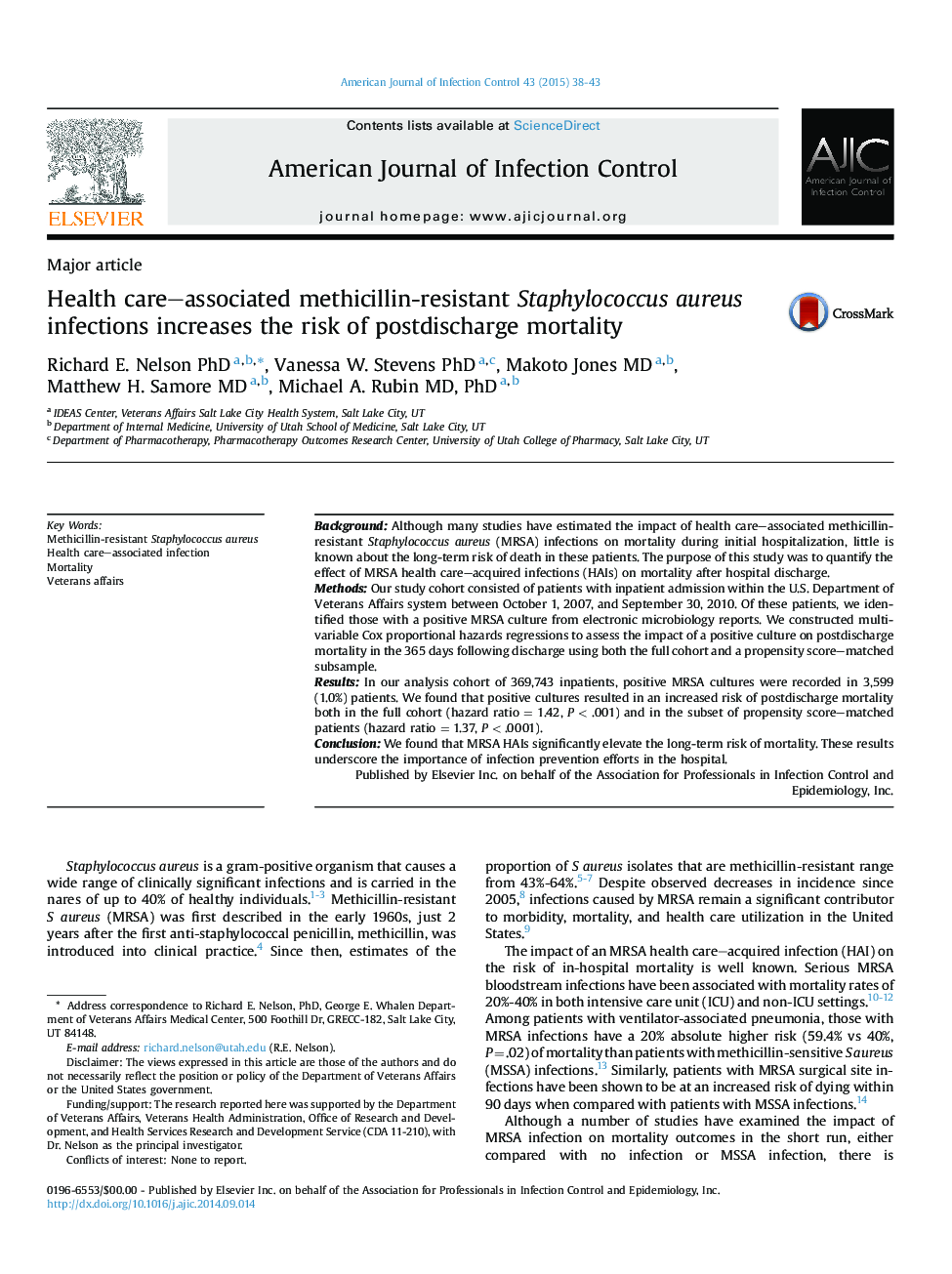 BackgroundAlthough many studies have estimated the impact of health care–associated methicillin-resistant Staphylococcus aureus (MRSA) infections on mortality during initial hospitalization, little is known about the long-term risk of death in these patients. The purpose of this study was to quantify the effect of MRSA health care–acquired infections (HAIs) on mortality after hospital discharge.MethodsOur study cohort consisted of patients with inpatient admission within the U.S. Department of Veterans Affairs system between October 1, 2007, and September 30, 2010. Of these patients, we identified those with a positive MRSA culture from electronic microbiology reports. We constructed multivariable Cox proportional hazards regressions to assess the impact of a positive culture on postdischarge mortality in the 365 days following discharge using both the full cohort and a propensity score–matched subsample.ResultsIn our analysis cohort of 369,743 inpatients, positive MRSA cultures were recorded in 3,599 (1.0%) patients. We found that positive cultures resulted in an increased risk of postdischarge mortality both in the full cohort (hazard ratio = 1.42, P < .001) and in the subset of propensity score–matched patients (hazard ratio = 1.37, P < .0001).ConclusionWe found that MRSA HAIs significantly elevate the long-term risk of mortality. These results underscore the importance of infection prevention efforts in the hospital.