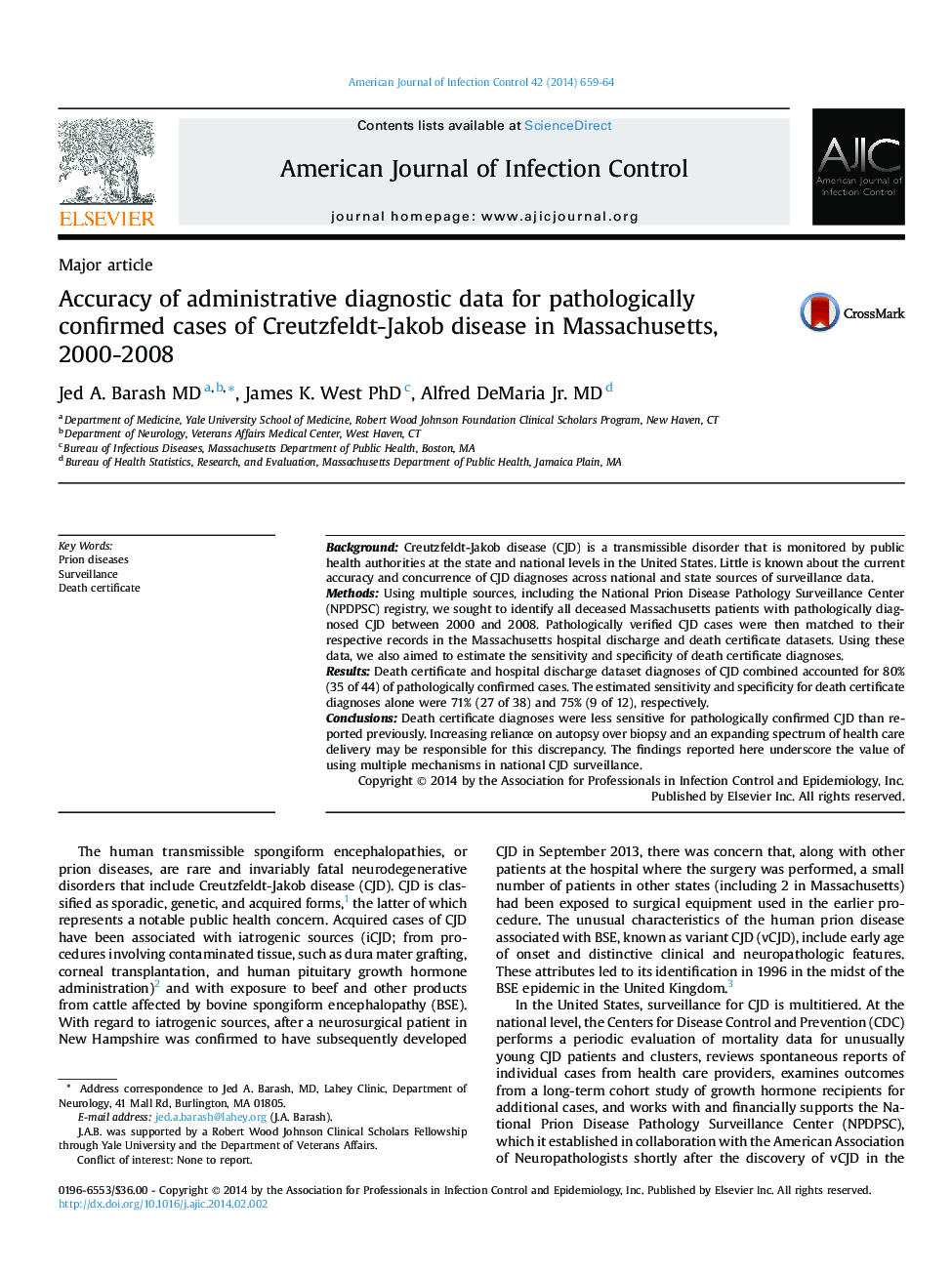 BackgroundCreutzfeldt-Jakob disease (CJD) is a transmissible disorder that is monitored by public health authorities at the state and national levels in the United States. Little is known about the current accuracy and concurrence of CJD diagnoses across national and state sources of surveillance data.MethodsUsing multiple sources, including the National Prion Disease Pathology Surveillance Center (NPDPSC) registry, we sought to identify all deceased Massachusetts patients with pathologically diagnosed CJD between 2000 and 2008. Pathologically verified CJD cases were then matched to their respective records in the Massachusetts hospital discharge and death certificate datasets. Using these data, we also aimed to estimate the sensitivity and specificity of death certificate diagnoses.ResultsDeath certificate and hospital discharge dataset diagnoses of CJD combined accounted for 80% (35 of 44) of pathologically confirmed cases. The estimated sensitivity and specificity for death certificate diagnoses alone were 71% (27 of 38) and 75% (9 of 12), respectively.ConclusionsDeath certificate diagnoses were less sensitive for pathologically confirmed CJD than reported previously. Increasing reliance on autopsy over biopsy and an expanding spectrum of health care delivery may be responsible for this discrepancy. The findings reported here underscore the value of using multiple mechanisms in national CJD surveillance.