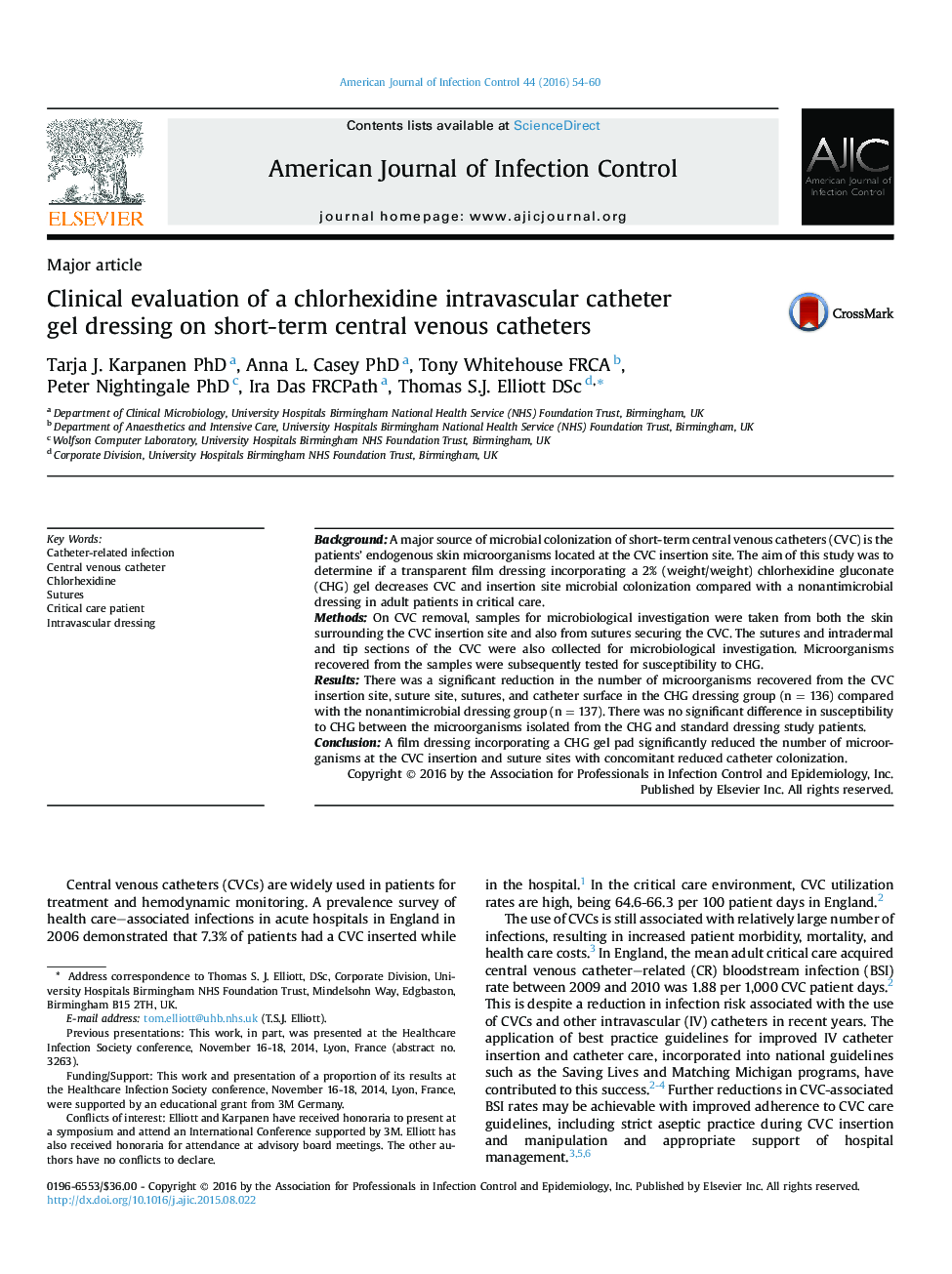 BackgroundA major source of microbial colonization of short-term central venous catheters (CVC) is the patients' endogenous skin microorganisms located at the CVC insertion site. The aim of this study was to determine if a transparent film dressing incorporating a 2% (weight/weight) chlorhexidine gluconate (CHG) gel decreases CVC and insertion site microbial colonization compared with a nonantimicrobial dressing in adult patients in critical care.MethodsOn CVC removal, samples for microbiological investigation were taken from both the skin surrounding the CVC insertion site and also from sutures securing the CVC. The sutures and intradermal and tip sections of the CVC were also collected for microbiological investigation. Microorganisms recovered from the samples were subsequently tested for susceptibility to CHG.ResultsThere was a significant reduction in the number of microorganisms recovered from the CVC insertion site, suture site, sutures, and catheter surface in the CHG dressing group (n = 136) compared with the nonantimicrobial dressing group (n = 137). There was no significant difference in susceptibility to CHG between the microorganisms isolated from the CHG and standard dressing study patients.ConclusionA film dressing incorporating a CHG gel pad significantly reduced the number of microorganisms at the CVC insertion and suture sites with concomitant reduced catheter colonization.