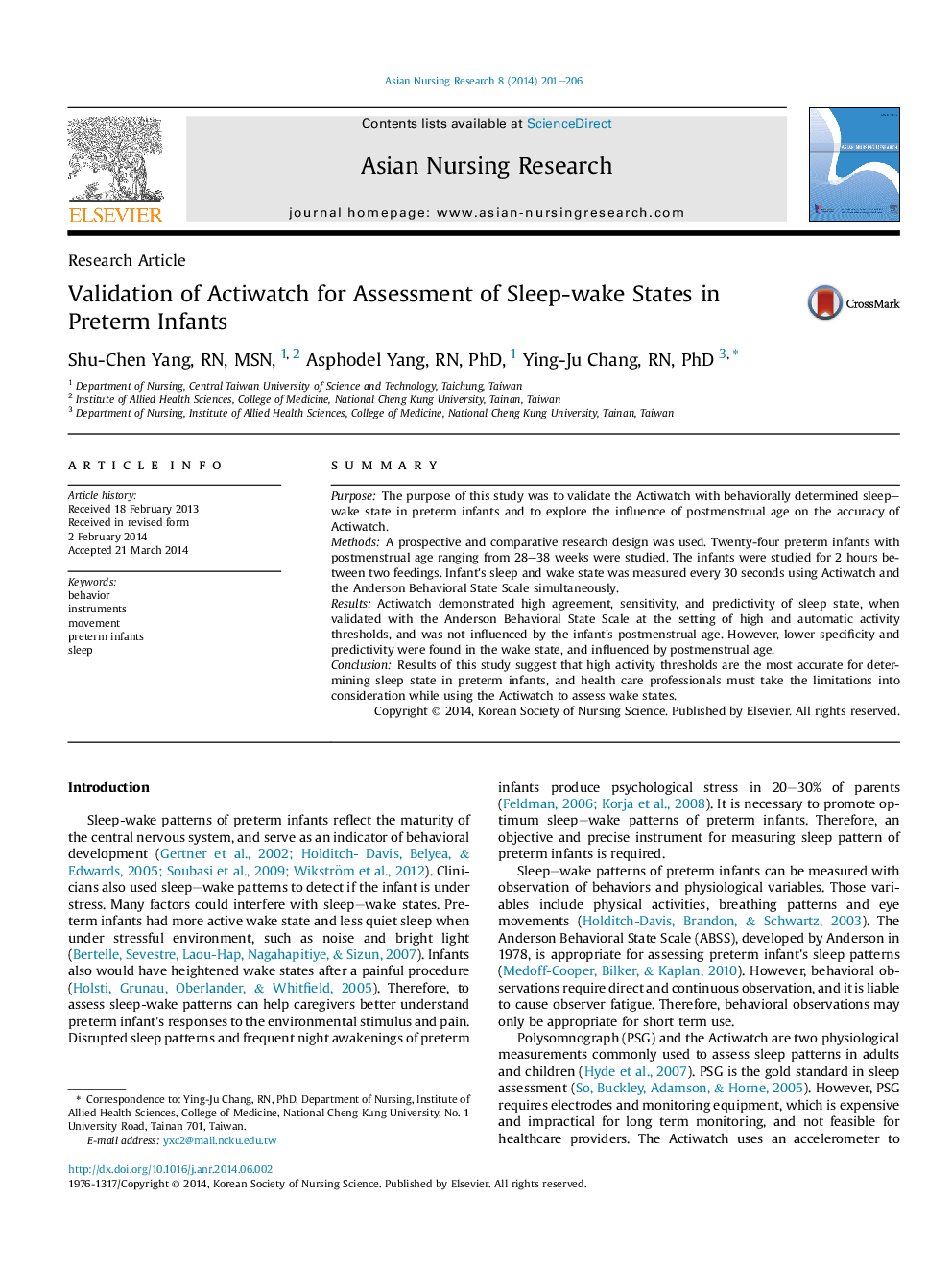 SummaryPurposeThe purpose of this study was to validate the Actiwatch with behaviorally determined sleep–wake state in preterm infants and to explore the influence of postmenstrual age on the accuracy of Actiwatch.MethodsA prospective and comparative research design was used. Twenty-four preterm infants with postmenstrual age ranging from 28–38 weeks were studied. The infants were studied for 2 hours between two feedings. Infant's sleep and wake state was measured every 30 seconds using Actiwatch and the Anderson Behavioral State Scale simultaneously.ResultsActiwatch demonstrated high agreement, sensitivity, and predictivity of sleep state, when validated with the Anderson Behavioral State Scale at the setting of high and automatic activity thresholds, and was not influenced by the infant's postmenstrual age. However, lower specificity and predictivity were found in the wake state, and influenced by postmenstrual age.ConclusionResults of this study suggest that high activity thresholds are the most accurate for determining sleep state in preterm infants, and health care professionals must take the limitations into consideration while using the Actiwatch to assess wake states.