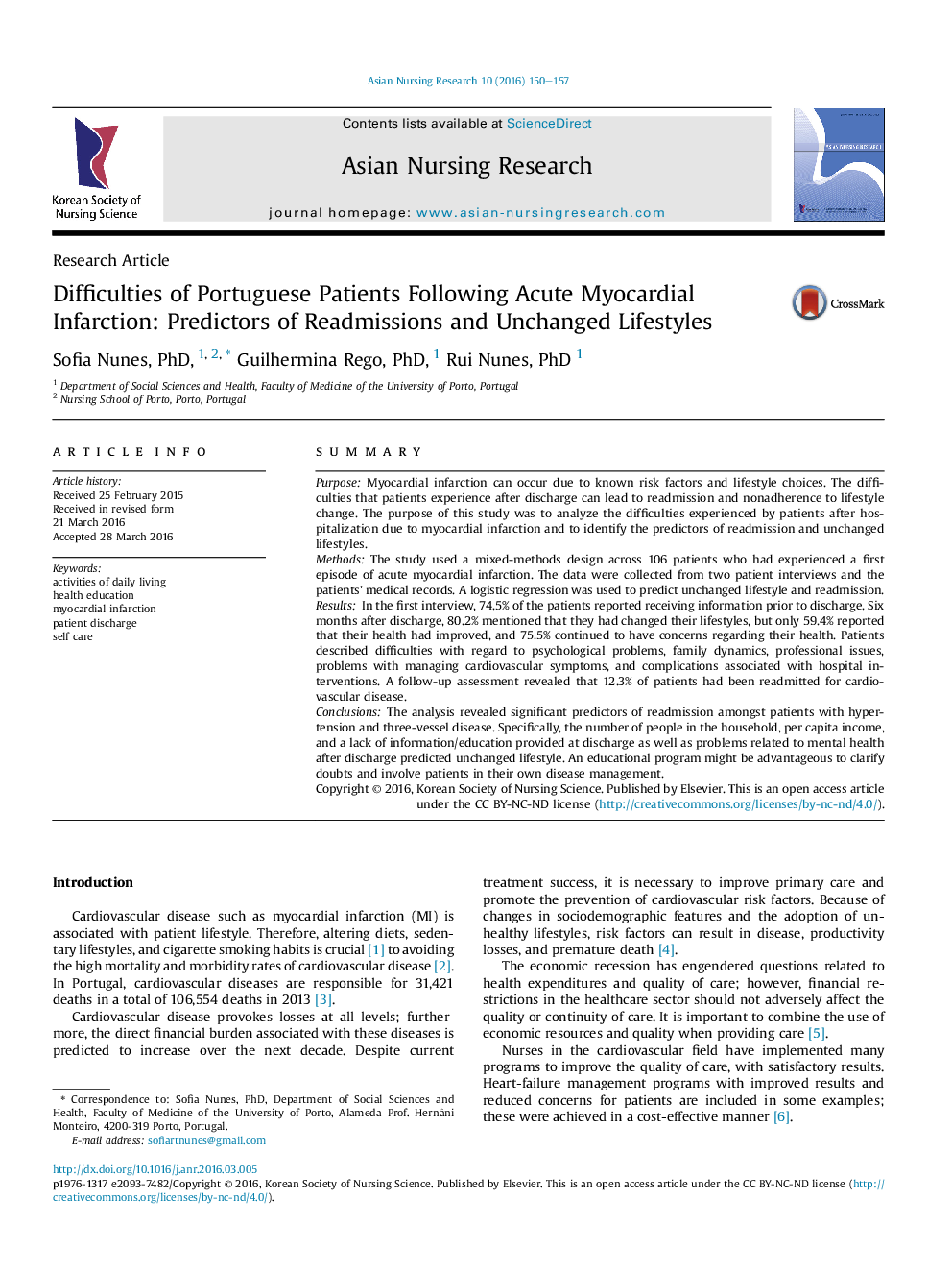 SummaryPurposeMyocardial infarction can occur due to known risk factors and lifestyle choices. The difficulties that patients experience after discharge can lead to readmission and nonadherence to lifestyle change. The purpose of this study was to analyze the difficulties experienced by patients after hospitalization due to myocardial infarction and to identify the predictors of readmission and unchanged lifestyles.MethodsThe study used a mixed-methods design across 106 patients who had experienced a first episode of acute myocardial infarction. The data were collected from two patient interviews and the patients' medical records. A logistic regression was used to predict unchanged lifestyle and readmission.ResultsIn the first interview, 74.5% of the patients reported receiving information prior to discharge. Six months after discharge, 80.2% mentioned that they had changed their lifestyles, but only 59.4% reported that their health had improved, and 75.5% continued to have concerns regarding their health. Patients described difficulties with regard to psychological problems, family dynamics, professional issues, problems with managing cardiovascular symptoms, and complications associated with hospital interventions. A follow-up assessment revealed that 12.3% of patients had been readmitted for cardiovascular disease.ConclusionsThe analysis revealed significant predictors of readmission amongst patients with hypertension and three-vessel disease. Specifically, the number of people in the household, per capita income, and a lack of information/education provided at discharge as well as problems related to mental health after discharge predicted unchanged lifestyle. An educational program might be advantageous to clarify doubts and involve patients in their own disease management.