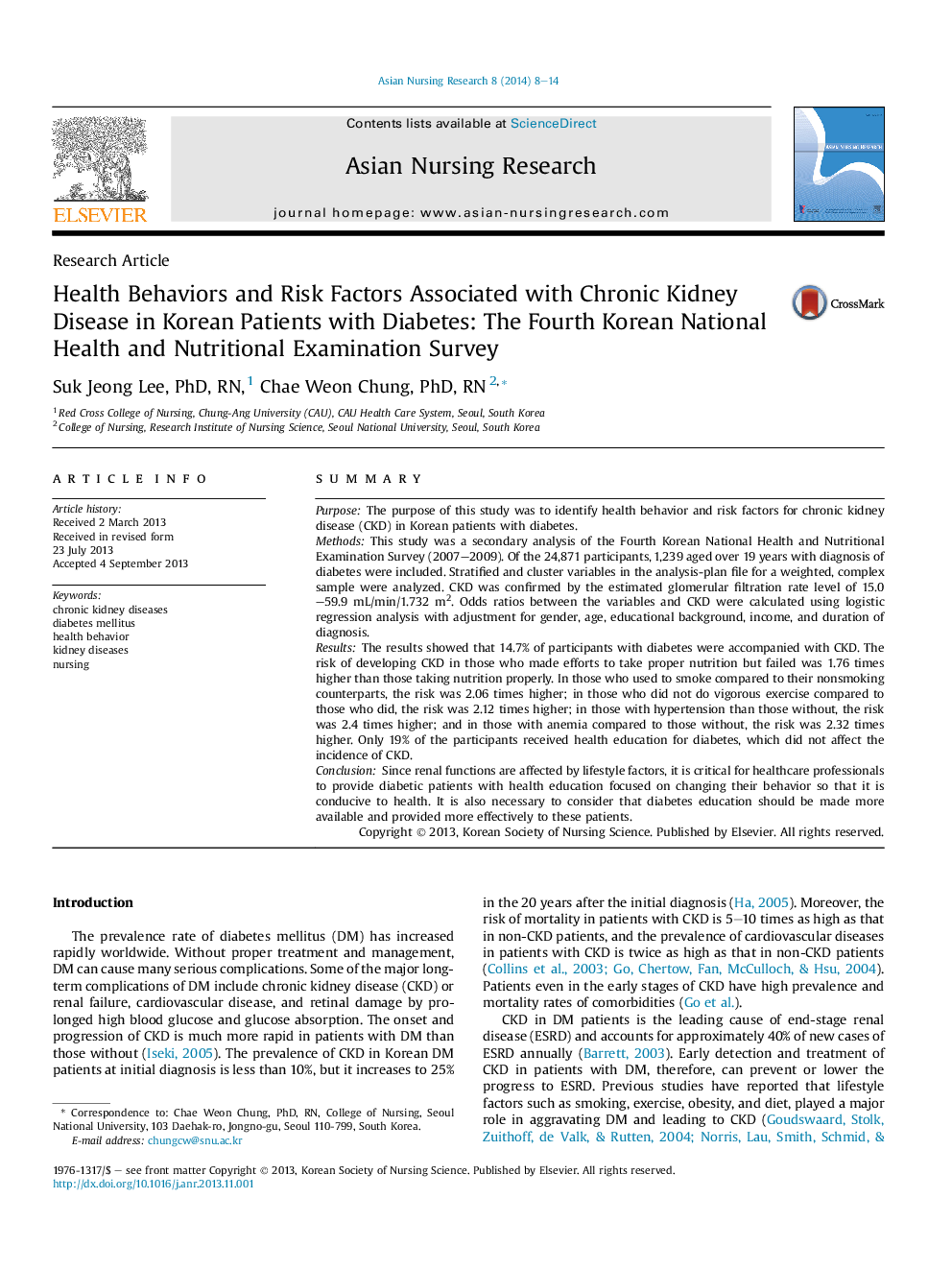 SummaryPurposeThe purpose of this study was to identify health behavior and risk factors for chronic kidney disease (CKD) in Korean patients with diabetes.MethodsThis study was a secondary analysis of the Fourth Korean National Health and Nutritional Examination Survey (2007–2009). Of the 24,871 participants, 1,239 aged over 19 years with diagnosis of diabetes were included. Stratified and cluster variables in the analysis-plan file for a weighted, complex sample were analyzed. CKD was confirmed by the estimated glomerular filtration rate level of 15.0–59.9 mL/min/1.732 m2. Odds ratios between the variables and CKD were calculated using logistic regression analysis with adjustment for gender, age, educational background, income, and duration of diagnosis.ResultsThe results showed that 14.7% of participants with diabetes were accompanied with CKD. The risk of developing CKD in those who made efforts to take proper nutrition but failed was 1.76 times higher than those taking nutrition properly. In those who used to smoke compared to their nonsmoking counterparts, the risk was 2.06 times higher; in those who did not do vigorous exercise compared to those who did, the risk was 2.12 times higher; in those with hypertension than those without, the risk was 2.4 times higher; and in those with anemia compared to those without, the risk was 2.32 times higher. Only 19% of the participants received health education for diabetes, which did not affect the incidence of CKD.ConclusionSince renal functions are affected by lifestyle factors, it is critical for healthcare professionals to provide diabetic patients with health education focused on changing their behavior so that it is conducive to health. It is also necessary to consider that diabetes education should be made more available and provided more effectively to these patients.