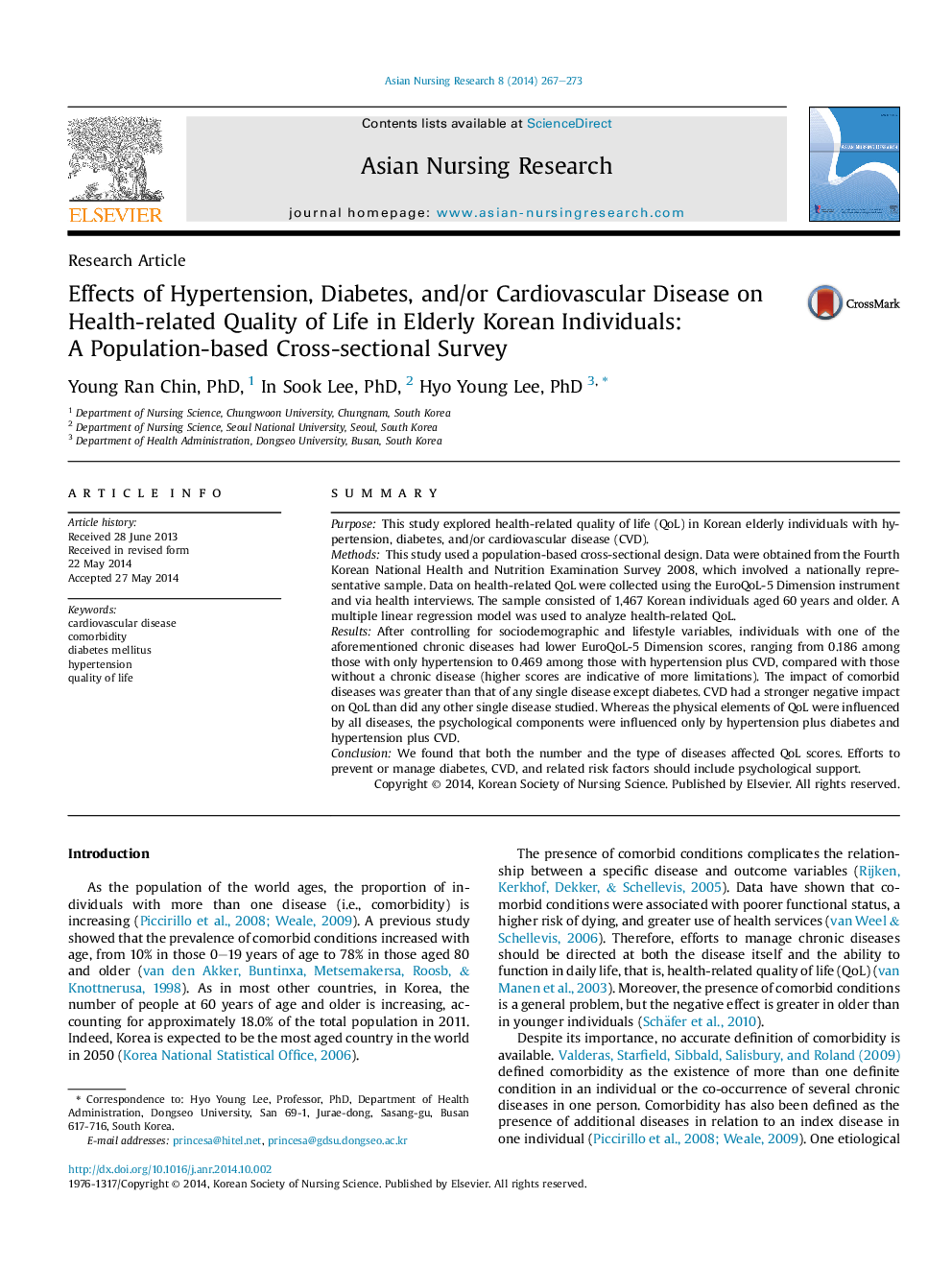 SummaryPurposeThis study explored health-related quality of life (QoL) in Korean elderly individuals with hypertension, diabetes, and/or cardiovascular disease (CVD).MethodsThis study used a population-based cross-sectional design. Data were obtained from the Fourth Korean National Health and Nutrition Examination Survey 2008, which involved a nationally representative sample. Data on health-related QoL were collected using the EuroQoL-5 Dimension instrument and via health interviews. The sample consisted of 1,467 Korean individuals aged 60 years and older. A multiple linear regression model was used to analyze health-related QoL.ResultsAfter controlling for sociodemographic and lifestyle variables, individuals with one of the aforementioned chronic diseases had lower EuroQoL-5 Dimension scores, ranging from 0.186 among those with only hypertension to 0.469 among those with hypertension plus CVD, compared with those without a chronic disease (higher scores are indicative of more limitations). The impact of comorbid diseases was greater than that of any single disease except diabetes. CVD had a stronger negative impact on QoL than did any other single disease studied. Whereas the physical elements of QoL were influenced by all diseases, the psychological components were influenced only by hypertension plus diabetes and hypertension plus CVD.ConclusionWe found that both the number and the type of diseases affected QoL scores. Efforts to prevent or manage diabetes, CVD, and related risk factors should include psychological support.