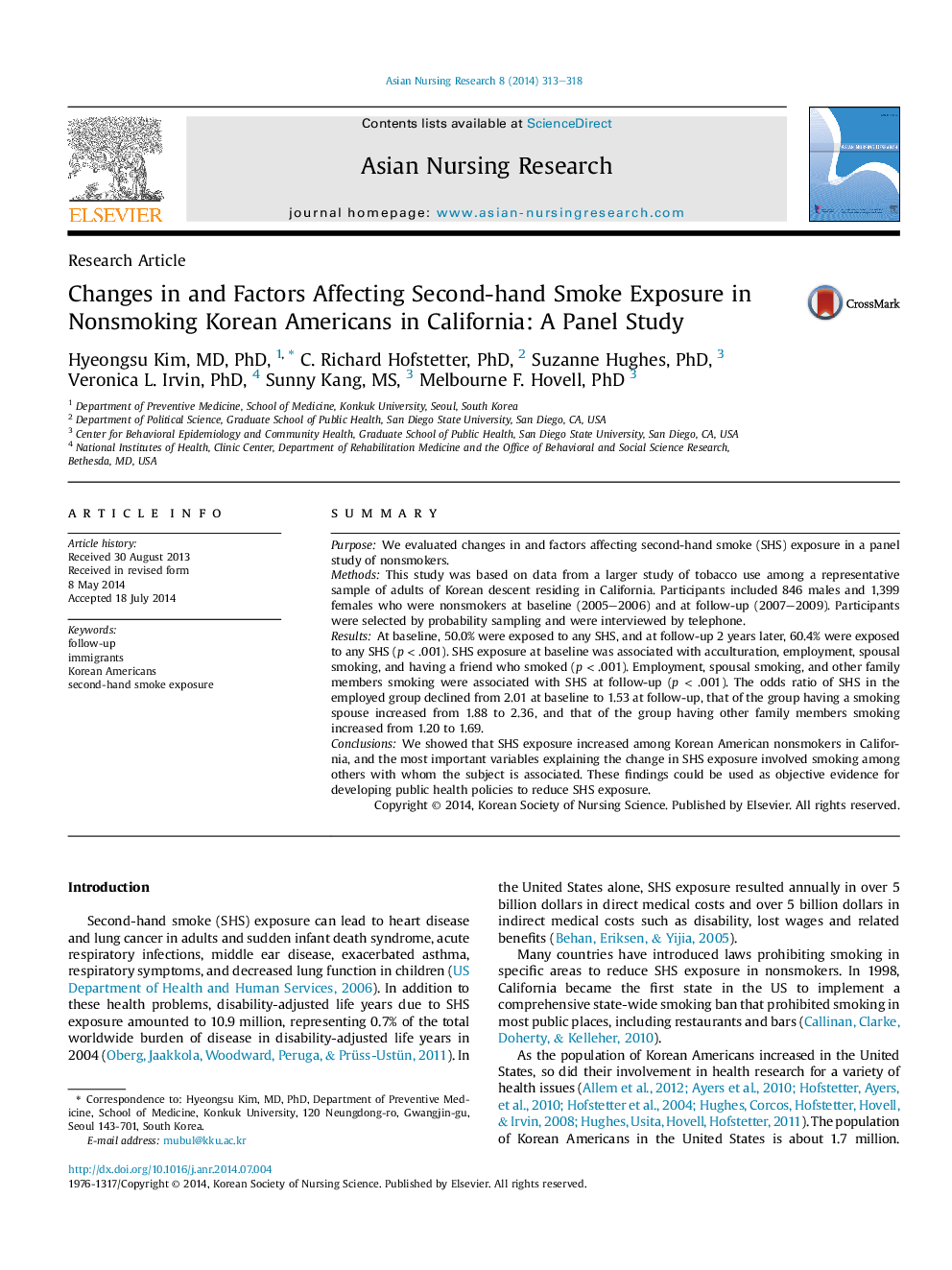 SummaryPurposeWe evaluated changes in and factors affecting second-hand smoke (SHS) exposure in a panel study of nonsmokers.MethodsThis study was based on data from a larger study of tobacco use among a representative sample of adults of Korean descent residing in California. Participants included 846 males and 1,399 females who were nonsmokers at baseline (2005–2006) and at follow-up (2007–2009). Participants were selected by probability sampling and were interviewed by telephone.ResultsAt baseline, 50.0% were exposed to any SHS, and at follow-up 2 years later, 60.4% were exposed to any SHS (p < .001). SHS exposure at baseline was associated with acculturation, employment, spousal smoking, and having a friend who smoked (p < .001). Employment, spousal smoking, and other family members smoking were associated with SHS at follow-up (p < .001). The odds ratio of SHS in the employed group declined from 2.01 at baseline to 1.53 at follow-up, that of the group having a smoking spouse increased from 1.88 to 2.36, and that of the group having other family members smoking increased from 1.20 to 1.69.ConclusionsWe showed that SHS exposure increased among Korean American nonsmokers in California, and the most important variables explaining the change in SHS exposure involved smoking among others with whom the subject is associated. These findings could be used as objective evidence for developing public health policies to reduce SHS exposure.