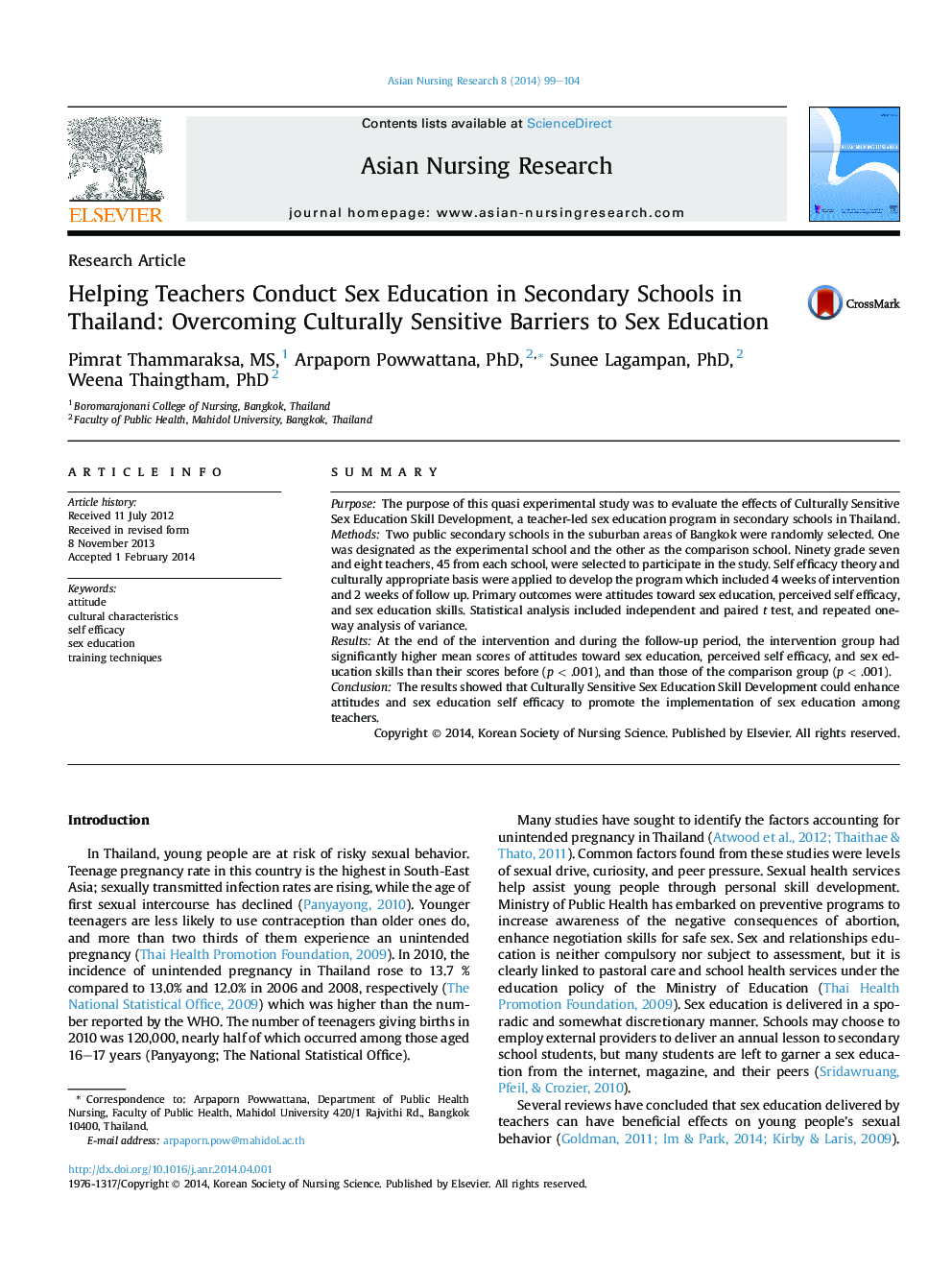 SummaryPurposeThe purpose of this quasi experimental study was to evaluate the effects of Culturally Sensitive Sex Education Skill Development, a teacher-led sex education program in secondary schools in Thailand.MethodsTwo public secondary schools in the suburban areas of Bangkok were randomly selected. One was designated as the experimental school and the other as the comparison school. Ninety grade seven and eight teachers, 45 from each school, were selected to participate in the study. Self efficacy theory and culturally appropriate basis were applied to develop the program which included 4 weeks of intervention and 2 weeks of follow up. Primary outcomes were attitudes toward sex education, perceived self efficacy, and sex education skills. Statistical analysis included independent and paired t test, and repeated one-way analysis of variance.ResultsAt the end of the intervention and during the follow-up period, the intervention group had significantly higher mean scores of attitudes toward sex education, perceived self efficacy, and sex education skills than their scores before (p < .001), and than those of the comparison group (p < .001).ConclusionThe results showed that Culturally Sensitive Sex Education Skill Development could enhance attitudes and sex education self efficacy to promote the implementation of sex education among teachers.