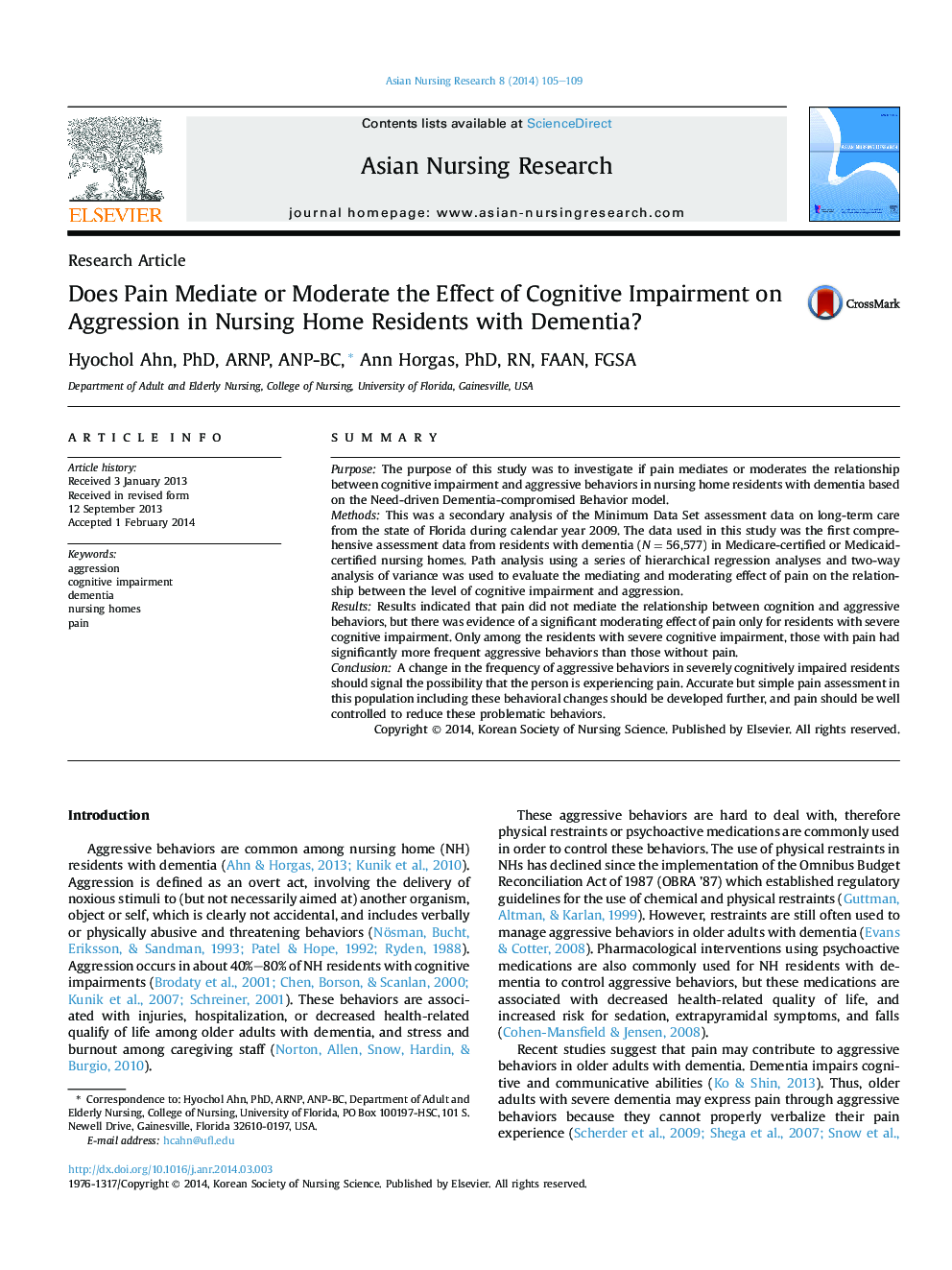 SummaryPurposeThe purpose of this study was to investigate if pain mediates or moderates the relationship between cognitive impairment and aggressive behaviors in nursing home residents with dementia based on the Need-driven Dementia-compromised Behavior model.MethodsThis was a secondary analysis of the Minimum Data Set assessment data on long-term care from the state of Florida during calendar year 2009. The data used in this study was the first comprehensive assessment data from residents with dementia (N = 56,577) in Medicare-certified or Medicaid-certified nursing homes. Path analysis using a series of hierarchical regression analyses and two-way analysis of variance was used to evaluate the mediating and moderating effect of pain on the relationship between the level of cognitive impairment and aggression.ResultsResults indicated that pain did not mediate the relationship between cognition and aggressive behaviors, but there was evidence of a significant moderating effect of pain only for residents with severe cognitive impairment. Only among the residents with severe cognitive impairment, those with pain had significantly more frequent aggressive behaviors than those without pain.ConclusionA change in the frequency of aggressive behaviors in severely cognitively impaired residents should signal the possibility that the person is experiencing pain. Accurate but simple pain assessment in this population including these behavioral changes should be developed further, and pain should be well controlled to reduce these problematic behaviors.