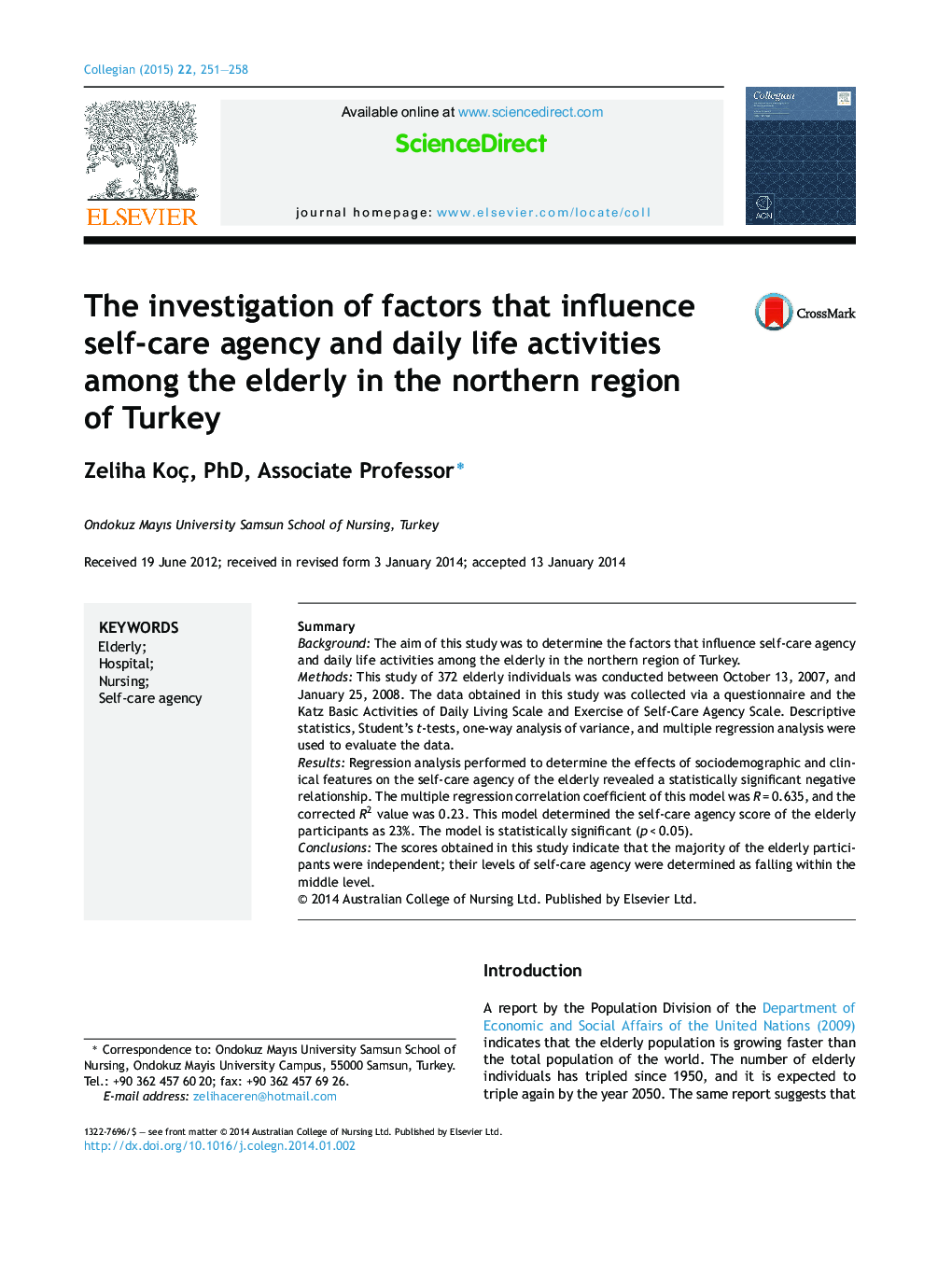 SummaryBackgroundThe aim of this study was to determine the factors that influence self-care agency and daily life activities among the elderly in the northern region of Turkey.MethodsThis study of 372 elderly individuals was conducted between October 13, 2007, and January 25, 2008. The data obtained in this study was collected via a questionnaire and the Katz Basic Activities of Daily Living Scale and Exercise of Self-Care Agency Scale. Descriptive statistics, Student's t-tests, one-way analysis of variance, and multiple regression analysis were used to evaluate the data.ResultsRegression analysis performed to determine the effects of sociodemographic and clinical features on the self-care agency of the elderly revealed a statistically significant negative relationship. The multiple regression correlation coefficient of this model was R = 0.635, and the corrected R2 value was 0.23. This model determined the self-care agency score of the elderly participants as 23%. The model is statistically significant (p < 0.05).ConclusionsThe scores obtained in this study indicate that the majority of the elderly participants were independent; their levels of self-care agency were determined as falling within the middle level.