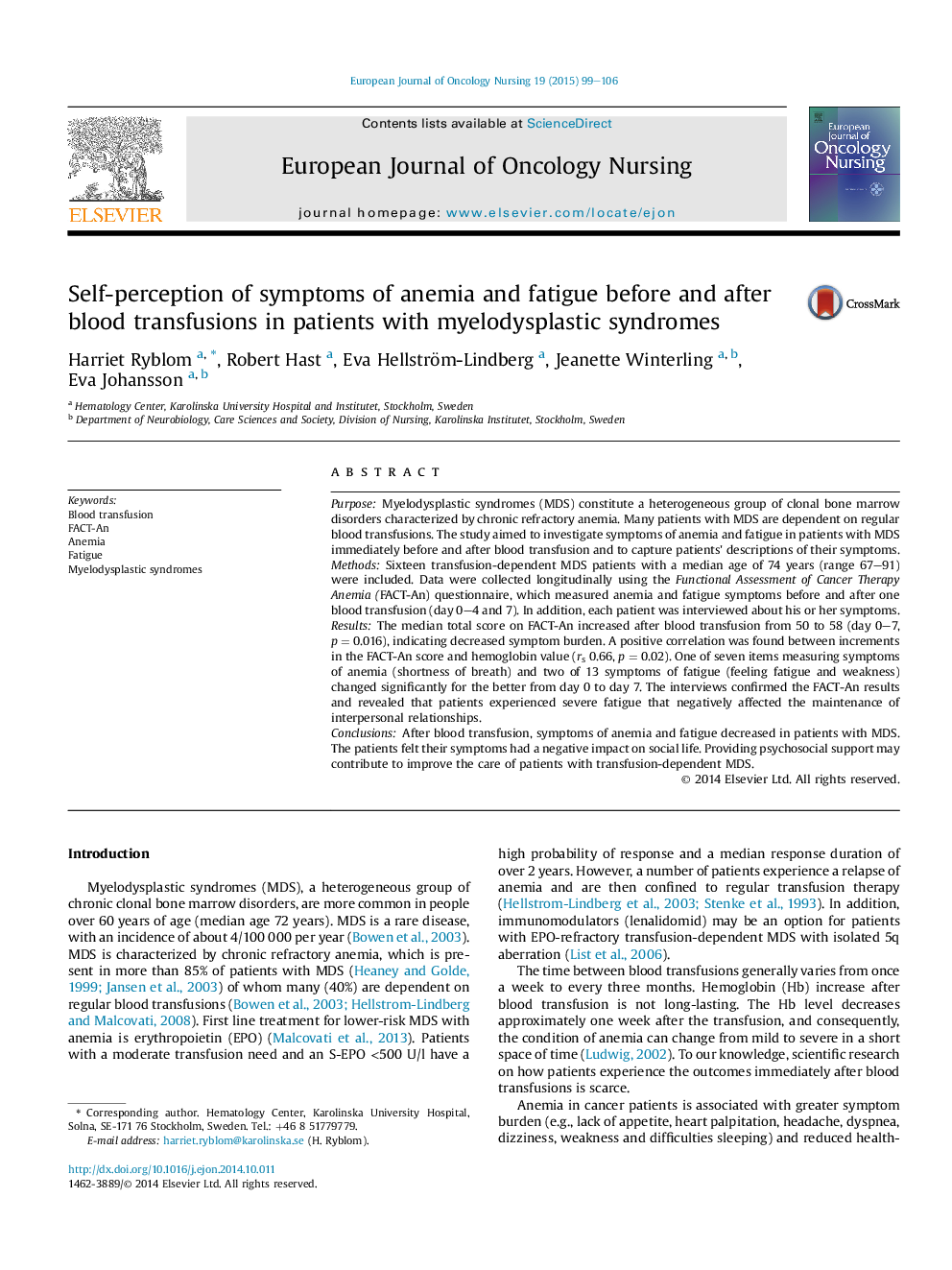 PurposeMyelodysplastic syndromes (MDS) constitute a heterogeneous group of clonal bone marrow disorders characterized by chronic refractory anemia. Many patients with MDS are dependent on regular blood transfusions. The study aimed to investigate symptoms of anemia and fatigue in patients with MDS immediately before and after blood transfusion and to capture patients' descriptions of their symptoms.MethodsSixteen transfusion-dependent MDS patients with a median age of 74 years (range 67–91) were included. Data were collected longitudinally using the Functional Assessment of Cancer Therapy Anemia (FACT-An) questionnaire, which measured anemia and fatigue symptoms before and after one blood transfusion (day 0–4 and 7). In addition, each patient was interviewed about his or her symptoms.ResultsThe median total score on FACT-An increased after blood transfusion from 50 to 58 (day 0–7, p = 0.016), indicating decreased symptom burden. A positive correlation was found between increments in the FACT-An score and hemoglobin value (rs 0.66, p = 0.02). One of seven items measuring symptoms of anemia (shortness of breath) and two of 13 symptoms of fatigue (feeling fatigue and weakness) changed significantly for the better from day 0 to day 7. The interviews confirmed the FACT-An results and revealed that patients experienced severe fatigue that negatively affected the maintenance of interpersonal relationships.ConclusionsAfter blood transfusion, symptoms of anemia and fatigue decreased in patients with MDS. The patients felt their symptoms had a negative impact on social life. Providing psychosocial support may contribute to improve the care of patients with transfusion-dependent MDS.