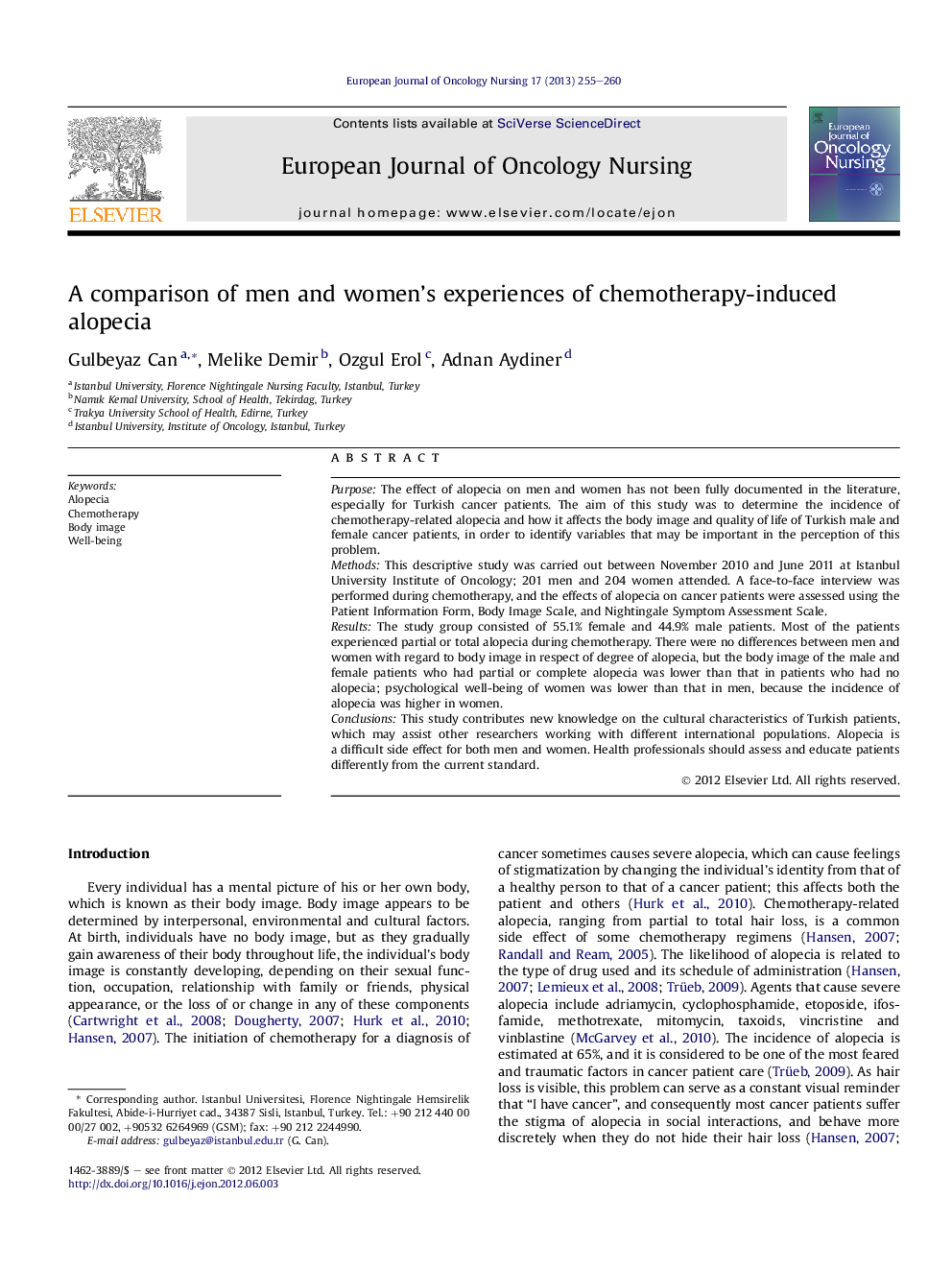 PurposeThe effect of alopecia on men and women has not been fully documented in the literature, especially for Turkish cancer patients. The aim of this study was to determine the incidence of chemotherapy-related alopecia and how it affects the body image and quality of life of Turkish male and female cancer patients, in order to identify variables that may be important in the perception of this problem.MethodsThis descriptive study was carried out between November 2010 and June 2011 at Istanbul University Institute of Oncology; 201 men and 204 women attended. A face-to-face interview was performed during chemotherapy, and the effects of alopecia on cancer patients were assessed using the Patient Information Form, Body Image Scale, and Nightingale Symptom Assessment Scale.ResultsThe study group consisted of 55.1% female and 44.9% male patients. Most of the patients experienced partial or total alopecia during chemotherapy. There were no differences between men and women with regard to body image in respect of degree of alopecia, but the body image of the male and female patients who had partial or complete alopecia was lower than that in patients who had no alopecia; psychological well-being of women was lower than that in men, because the incidence of alopecia was higher in women.ConclusionsThis study contributes new knowledge on the cultural characteristics of Turkish patients, which may assist other researchers working with different international populations. Alopecia is a difficult side effect for both men and women. Health professionals should assess and educate patients differently from the current standard.