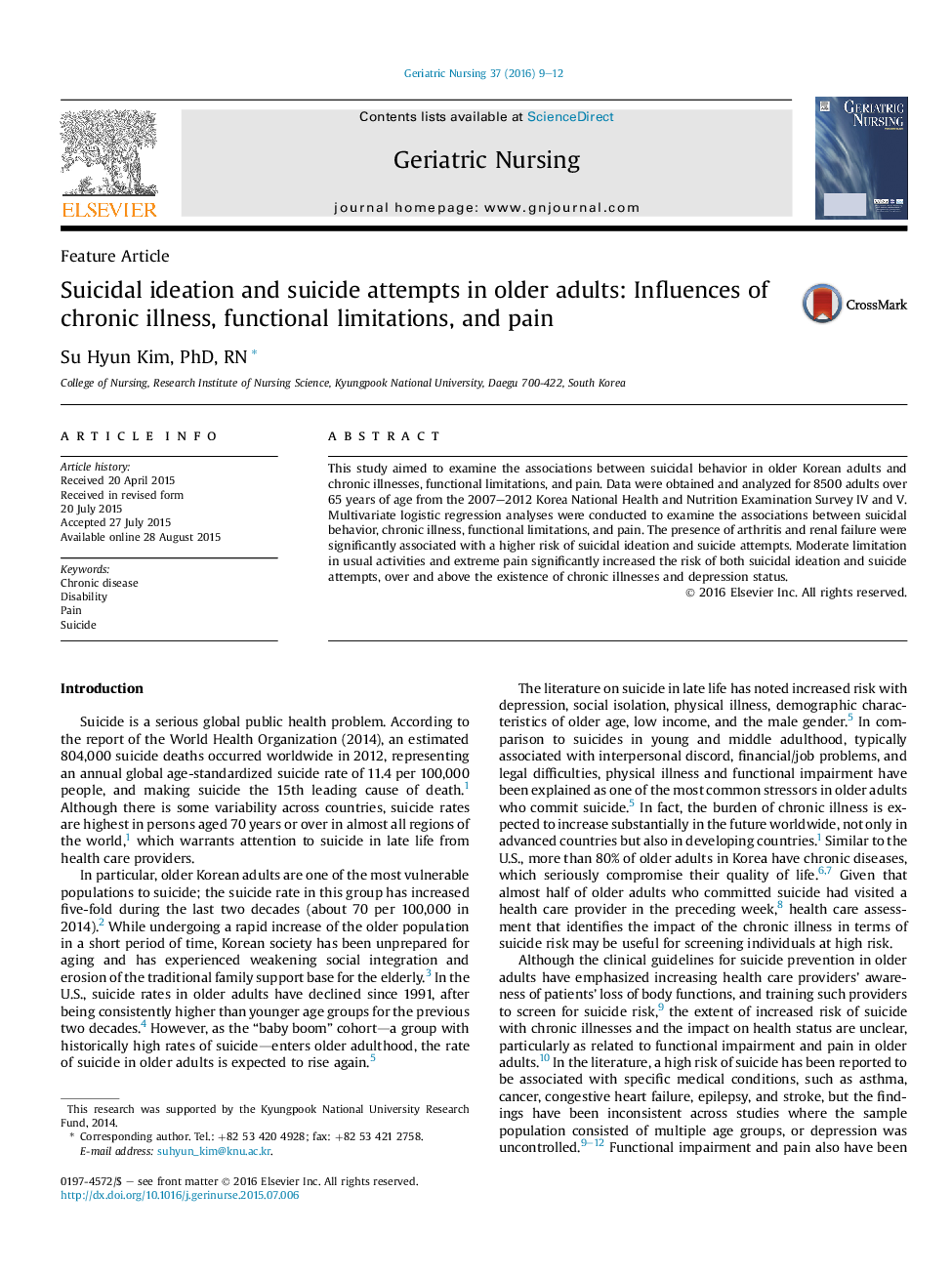 This study aimed to examine the associations between suicidal behavior in older Korean adults and chronic illnesses, functional limitations, and pain. Data were obtained and analyzed for 8500 adults over 65 years of age from the 2007–2012 Korea National Health and Nutrition Examination Survey IV and V. Multivariate logistic regression analyses were conducted to examine the associations between suicidal behavior, chronic illness, functional limitations, and pain. The presence of arthritis and renal failure were significantly associated with a higher risk of suicidal ideation and suicide attempts. Moderate limitation in usual activities and extreme pain significantly increased the risk of both suicidal ideation and suicide attempts, over and above the existence of chronic illnesses and depression status.