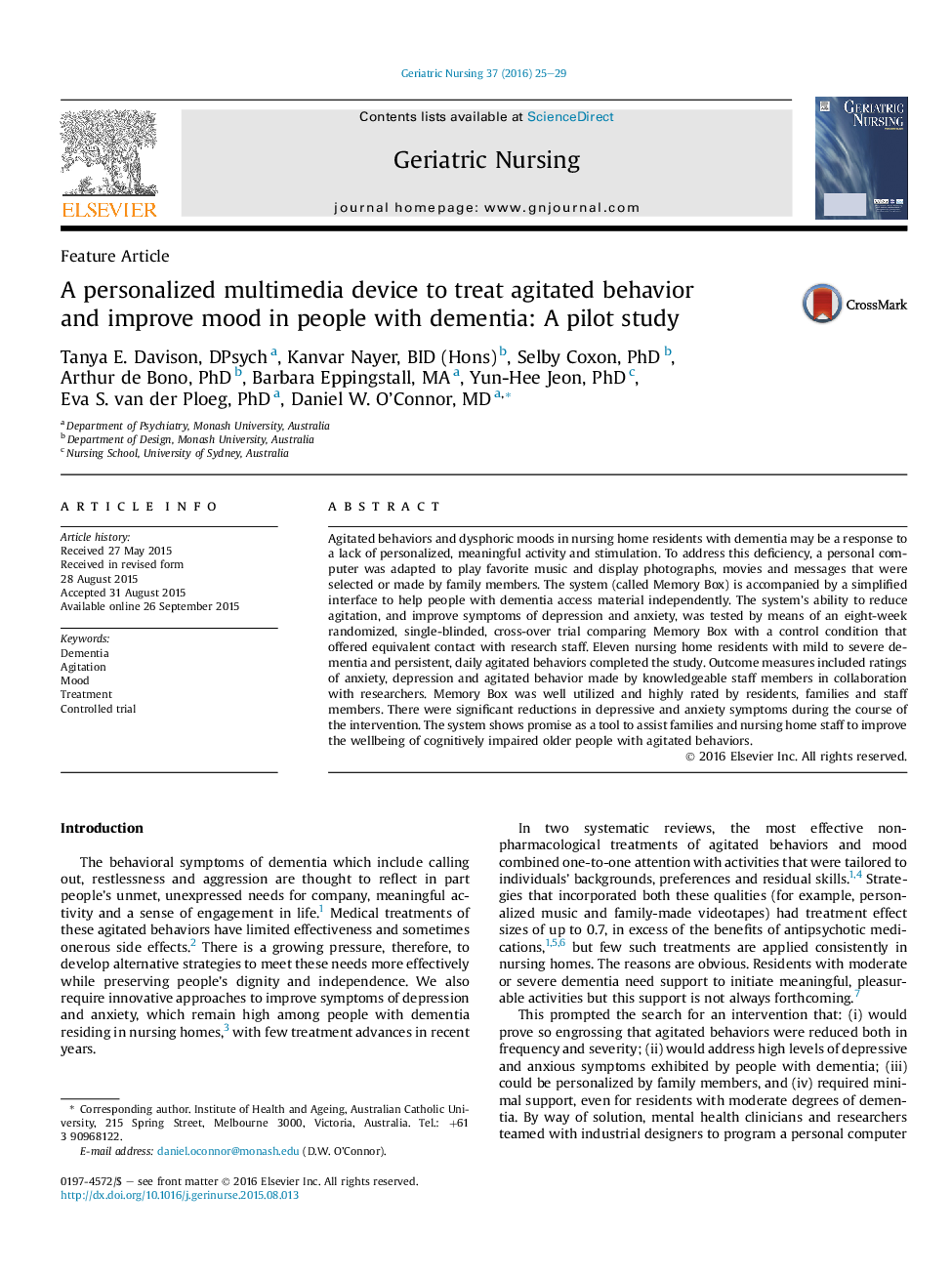 Agitated behaviors and dysphoric moods in nursing home residents with dementia may be a response to a lack of personalized, meaningful activity and stimulation. To address this deficiency, a personal computer was adapted to play favorite music and display photographs, movies and messages that were selected or made by family members. The system (called Memory Box) is accompanied by a simplified interface to help people with dementia access material independently. The system's ability to reduce agitation, and improve symptoms of depression and anxiety, was tested by means of an eight-week randomized, single-blinded, cross-over trial comparing Memory Box with a control condition that offered equivalent contact with research staff. Eleven nursing home residents with mild to severe dementia and persistent, daily agitated behaviors completed the study. Outcome measures included ratings of anxiety, depression and agitated behavior made by knowledgeable staff members in collaboration with researchers. Memory Box was well utilized and highly rated by residents, families and staff members. There were significant reductions in depressive and anxiety symptoms during the course of the intervention. The system shows promise as a tool to assist families and nursing home staff to improve the wellbeing of cognitively impaired older people with agitated behaviors.