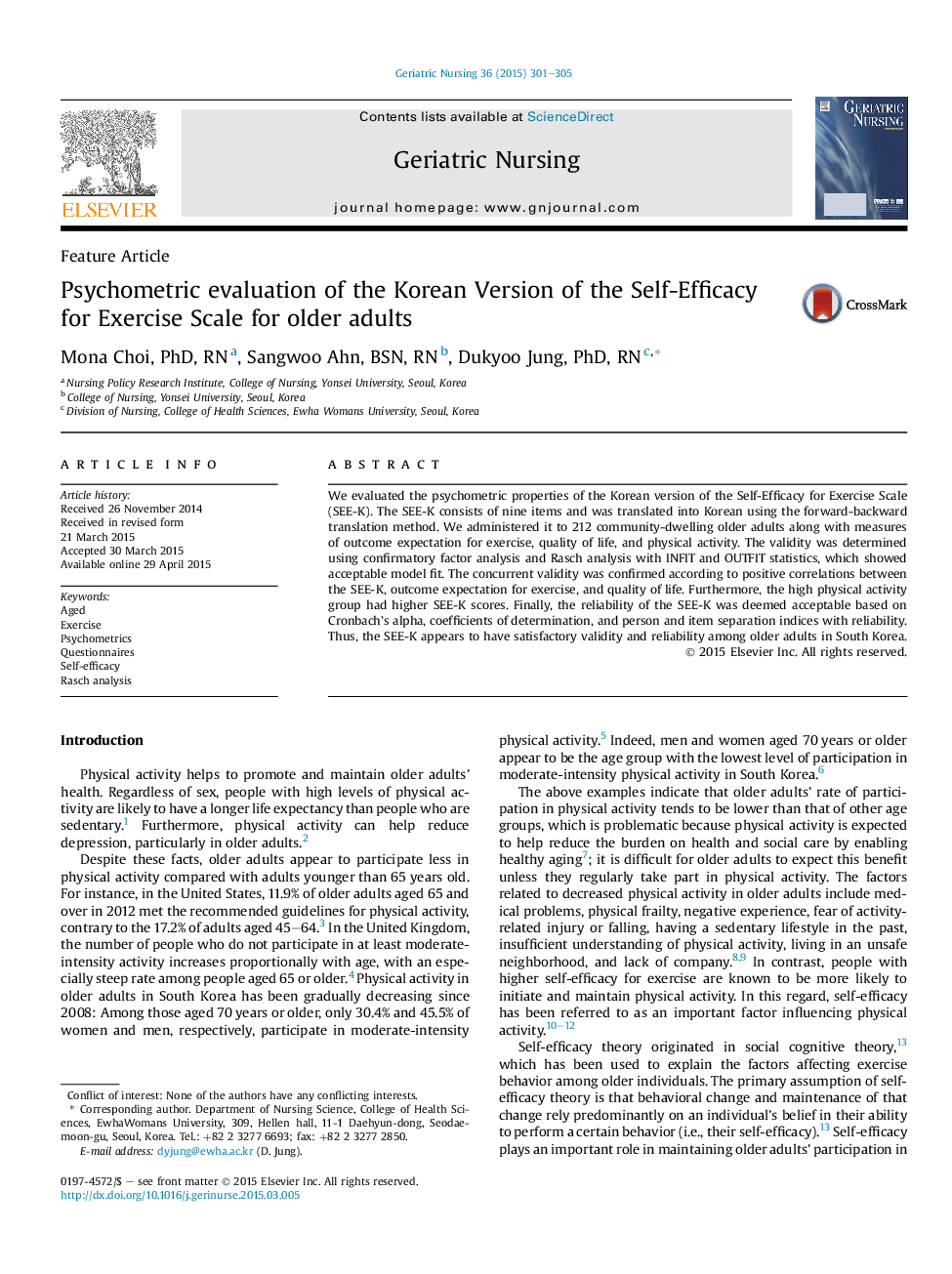 We evaluated the psychometric properties of the Korean version of the Self-Efficacy for Exercise Scale (SEE-K). The SEE-K consists of nine items and was translated into Korean using the forward-backward translation method. We administered it to 212 community-dwelling older adults along with measures of outcome expectation for exercise, quality of life, and physical activity. The validity was determined using confirmatory factor analysis and Rasch analysis with INFIT and OUTFIT statistics, which showed acceptable model fit. The concurrent validity was confirmed according to positive correlations between the SEE-K, outcome expectation for exercise, and quality of life. Furthermore, the high physical activity group had higher SEE-K scores. Finally, the reliability of the SEE-K was deemed acceptable based on Cronbach's alpha, coefficients of determination, and person and item separation indices with reliability. Thus, the SEE-K appears to have satisfactory validity and reliability among older adults in South Korea.