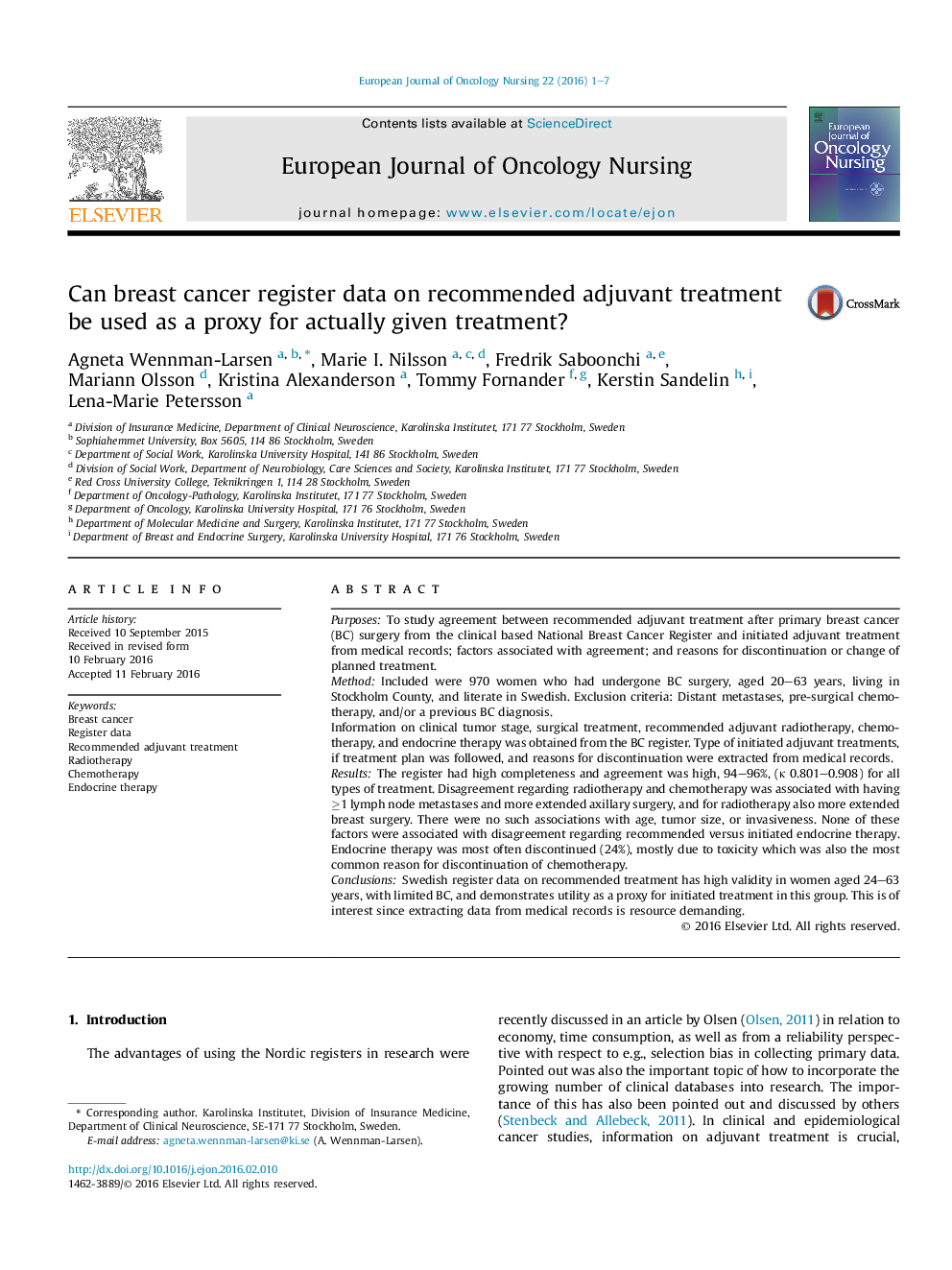 • Swedish register data on recommended treatment has high validity in women with limited breast cancer.
• Registry data can be used as a proxy for actually initiated treatment, and especially regarding radiotherapy.
• Endocrine therapy is often discontinued due to toxicity already after 2.5 years.

PurposesTo study agreement between recommended adjuvant treatment after primary breast cancer (BC) surgery from the clinical based National Breast Cancer Register and initiated adjuvant treatment from medical records; factors associated with agreement; and reasons for discontinuation or change of planned treatment.MethodIncluded were 970 women who had undergone BC surgery, aged 20–63 years, living in Stockholm County, and literate in Swedish. Exclusion criteria: Distant metastases, pre-surgical chemotherapy, and/or a previous BC diagnosis.Information on clinical tumor stage, surgical treatment, recommended adjuvant radiotherapy, chemotherapy, and endocrine therapy was obtained from the BC register. Type of initiated adjuvant treatments, if treatment plan was followed, and reasons for discontinuation were extracted from medical records.ResultsThe register had high completeness and agreement was high, 94–96%, (κ 0.801–0.908) for all types of treatment. Disagreement regarding radiotherapy and chemotherapy was associated with having ≥1 lymph node metastases and more extended axillary surgery, and for radiotherapy also more extended breast surgery. There were no such associations with age, tumor size, or invasiveness. None of these factors were associated with disagreement regarding recommended versus initiated endocrine therapy. Endocrine therapy was most often discontinued (24%), mostly due to toxicity which was also the most common reason for discontinuation of chemotherapy.ConclusionsSwedish register data on recommended treatment has high validity in women aged 24–63 years, with limited BC, and demonstrates utility as a proxy for initiated treatment in this group. This is of interest since extracting data from medical records is resource demanding.