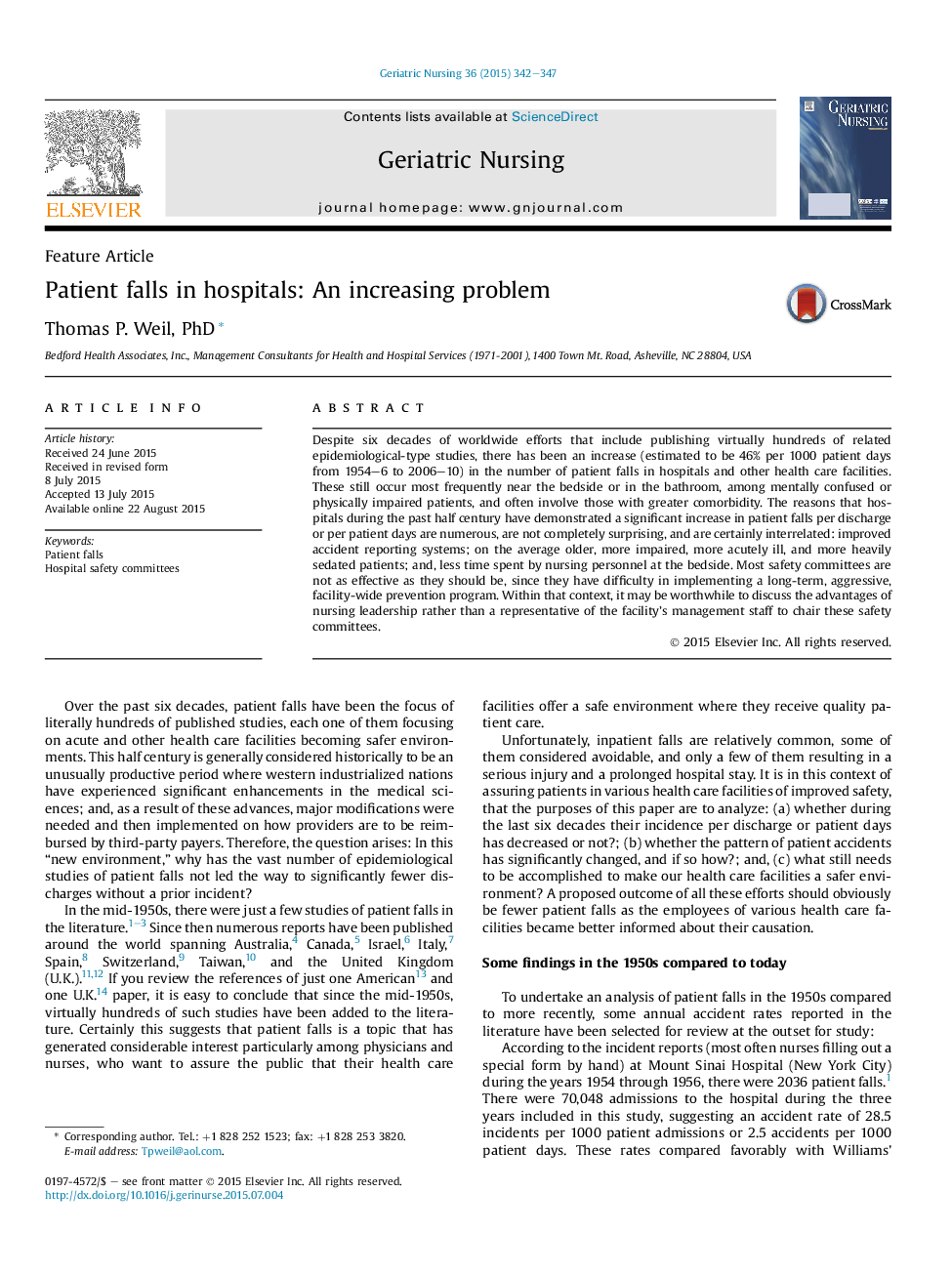 Despite six decades of worldwide efforts that include publishing virtually hundreds of related epidemiological-type studies, there has been an increase (estimated to be 46% per 1000 patient days from 1954–6 to 2006–10) in the number of patient falls in hospitals and other health care facilities. These still occur most frequently near the bedside or in the bathroom, among mentally confused or physically impaired patients, and often involve those with greater comorbidity. The reasons that hospitals during the past half century have demonstrated a significant increase in patient falls per discharge or per patient days are numerous, are not completely surprising, and are certainly interrelated: improved accident reporting systems; on the average older, more impaired, more acutely ill, and more heavily sedated patients; and, less time spent by nursing personnel at the bedside. Most safety committees are not as effective as they should be, since they have difficulty in implementing a long-term, aggressive, facility-wide prevention program. Within that context, it may be worthwhile to discuss the advantages of nursing leadership rather than a representative of the facility's management staff to chair these safety committees.