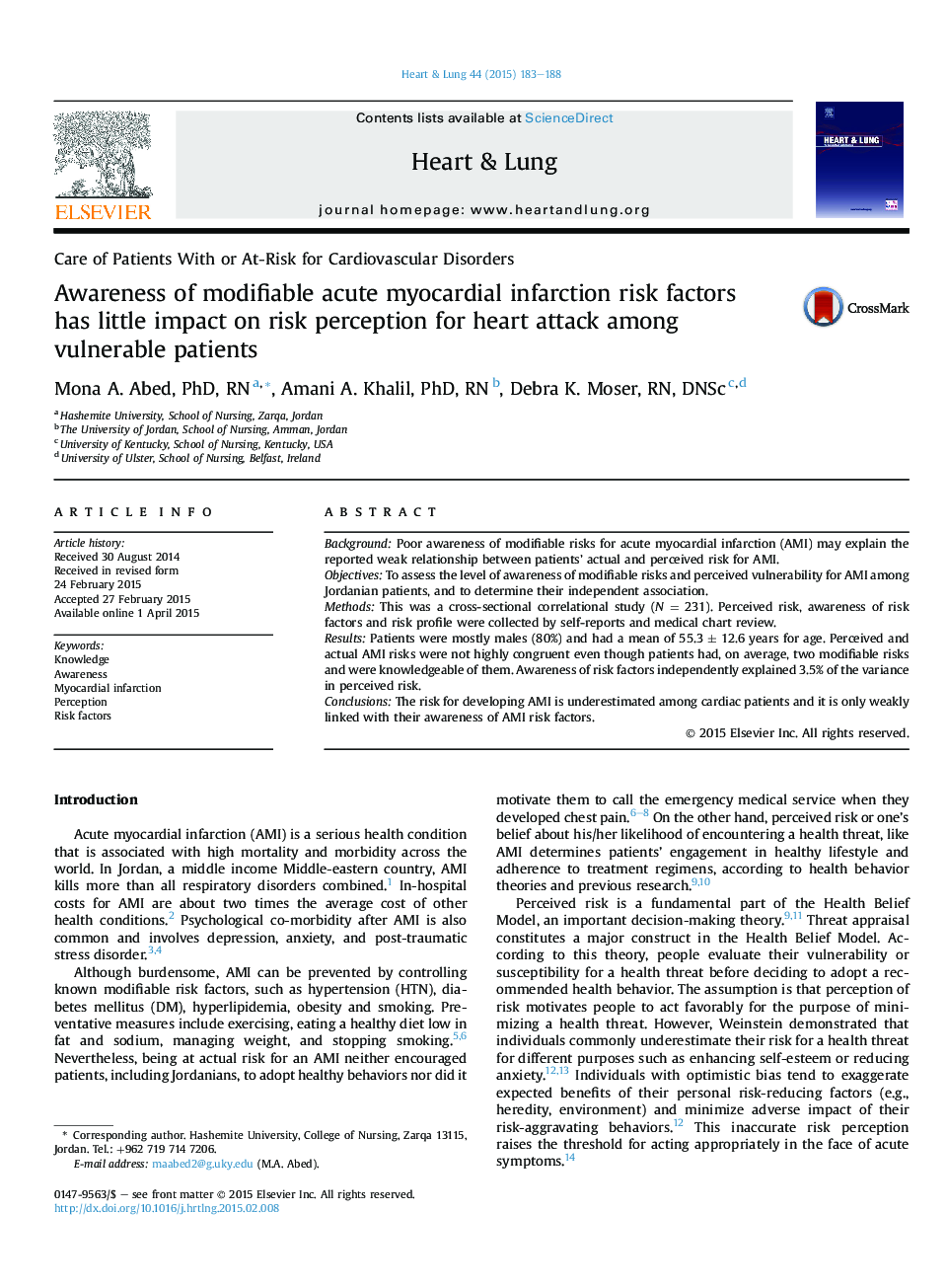 BackgroundPoor awareness of modifiable risks for acute myocardial infarction (AMI) may explain the reported weak relationship between patients' actual and perceived risk for AMI.ObjectivesTo assess the level of awareness of modifiable risks and perceived vulnerability for AMI among Jordanian patients, and to determine their independent association.MethodsThis was a cross-sectional correlational study (N = 231). Perceived risk, awareness of risk factors and risk profile were collected by self-reports and medical chart review.ResultsPatients were mostly males (80%) and had a mean of 55.3 ± 12.6 years for age. Perceived and actual AMI risks were not highly congruent even though patients had, on average, two modifiable risks and were knowledgeable of them. Awareness of risk factors independently explained 3.5% of the variance in perceived risk.ConclusionsThe risk for developing AMI is underestimated among cardiac patients and it is only weakly linked with their awareness of AMI risk factors.