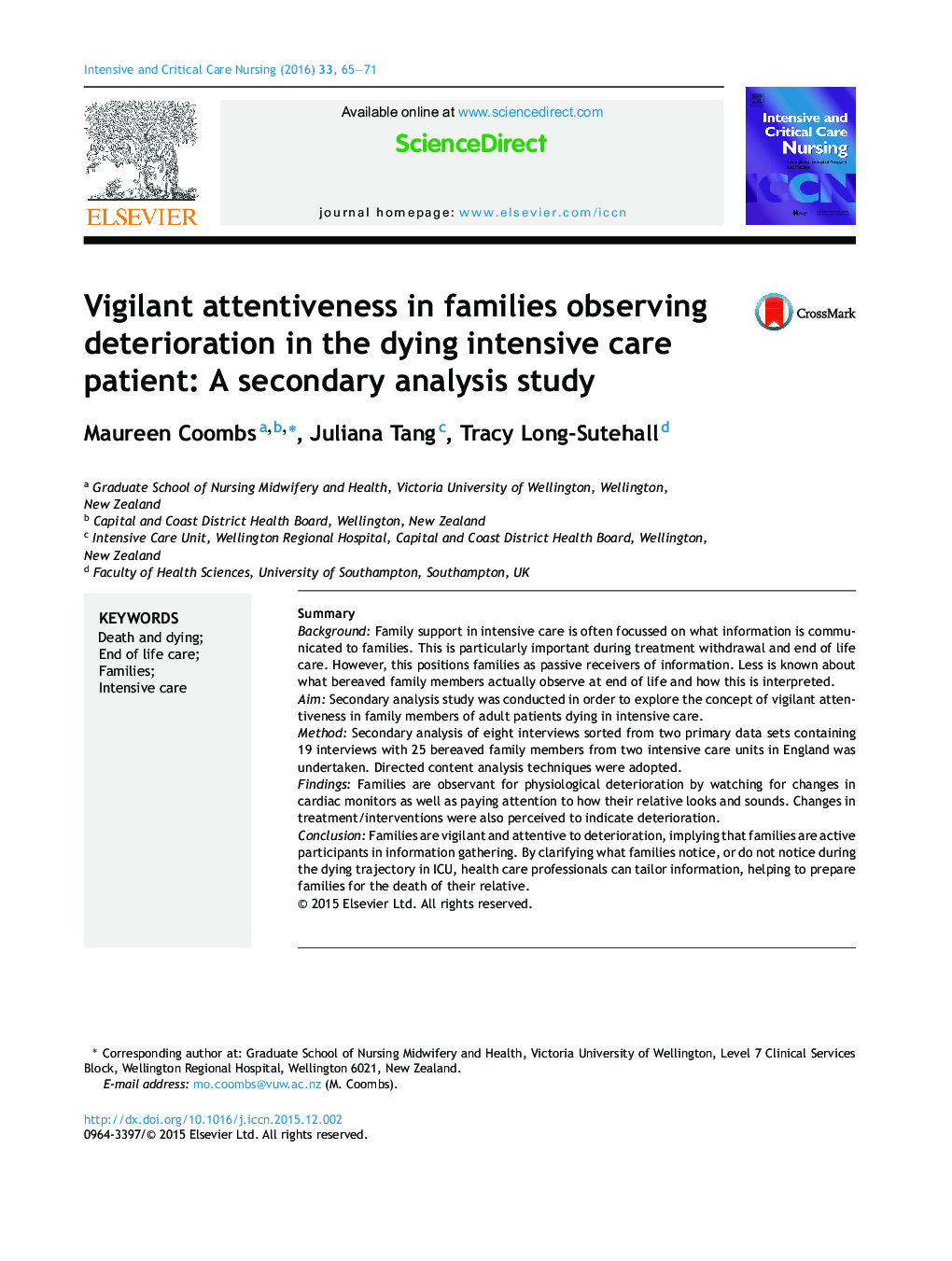 SummaryBackgroundFamily support in intensive care is often focussed on what information is communicated to families. This is particularly important during treatment withdrawal and end of life care. However, this positions families as passive receivers of information. Less is known about what bereaved family members actually observe at end of life and how this is interpreted.AimSecondary analysis study was conducted in order to explore the concept of vigilant attentiveness in family members of adult patients dying in intensive care.MethodSecondary analysis of eight interviews sorted from two primary data sets containing 19 interviews with 25 bereaved family members from two intensive care units in England was undertaken. Directed content analysis techniques were adopted.FindingsFamilies are observant for physiological deterioration by watching for changes in cardiac monitors as well as paying attention to how their relative looks and sounds. Changes in treatment/interventions were also perceived to indicate deterioration.ConclusionFamilies are vigilant and attentive to deterioration, implying that families are active participants in information gathering. By clarifying what families notice, or do not notice during the dying trajectory in ICU, health care professionals can tailor information, helping to prepare families for the death of their relative.