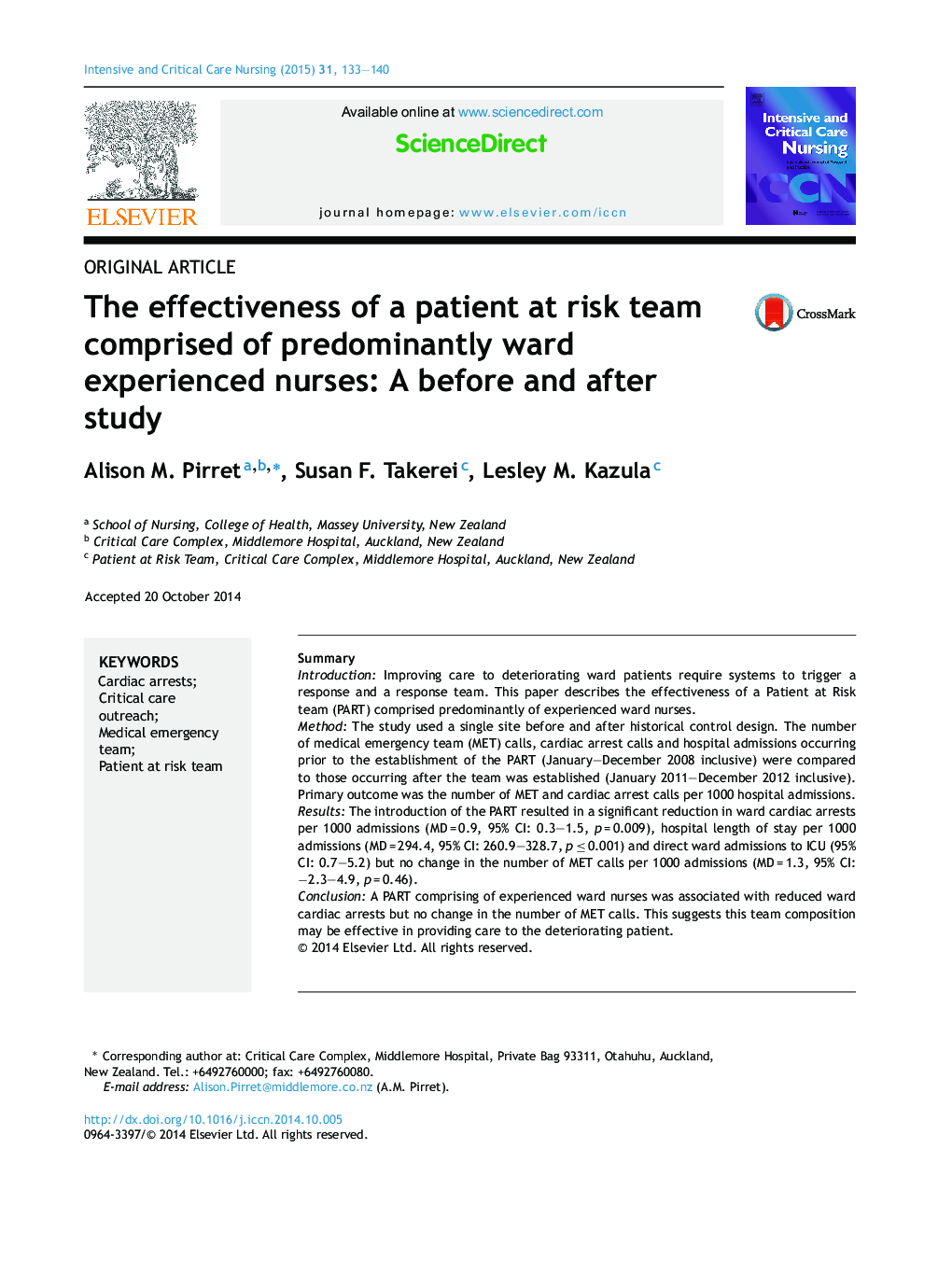 SummaryIntroductionImproving care to deteriorating ward patients require systems to trigger a response and a response team. This paper describes the effectiveness of a Patient at Risk team (PART) comprised predominantly of experienced ward nurses.MethodThe study used a single site before and after historical control design. The number of medical emergency team (MET) calls, cardiac arrest calls and hospital admissions occurring prior to the establishment of the PART (January–December 2008 inclusive) were compared to those occurring after the team was established (January 2011–December 2012 inclusive). Primary outcome was the number of MET and cardiac arrest calls per 1000 hospital admissions.ResultsThe introduction of the PART resulted in a significant reduction in ward cardiac arrests per 1000 admissions (MD = 0.9, 95% CI: 0.3–1.5, p = 0.009), hospital length of stay per 1000 admissions (MD = 294.4, 95% CI: 260.9–328.7, p ≤ 0.001) and direct ward admissions to ICU (95% CI: 0.7–5.2) but no change in the number of MET calls per 1000 admissions (MD = 1.3, 95% CI: −2.3–4.9, p = 0.46).ConclusionA PART comprising of experienced ward nurses was associated with reduced ward cardiac arrests but no change in the number of MET calls. This suggests this team composition may be effective in providing care to the deteriorating patient.