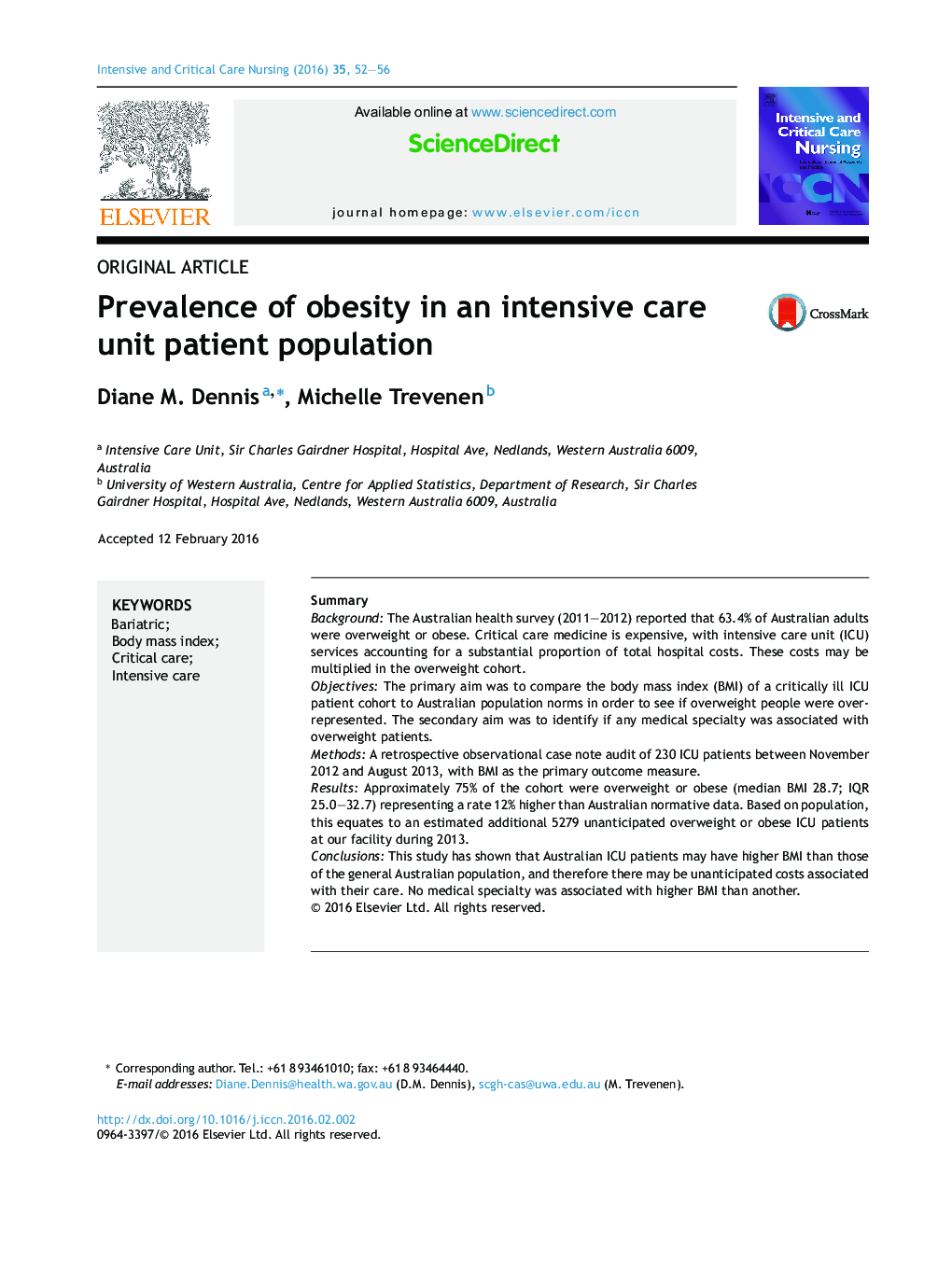 SummaryBackgroundThe Australian health survey (2011–2012) reported that 63.4% of Australian adults were overweight or obese. Critical care medicine is expensive, with intensive care unit (ICU) services accounting for a substantial proportion of total hospital costs. These costs may be multiplied in the overweight cohort.ObjectivesThe primary aim was to compare the body mass index (BMI) of a critically ill ICU patient cohort to Australian population norms in order to see if overweight people were over-represented. The secondary aim was to identify if any medical specialty was associated with overweight patients.MethodsA retrospective observational case note audit of 230 ICU patients between November 2012 and August 2013, with BMI as the primary outcome measure.ResultsApproximately 75% of the cohort were overweight or obese (median BMI 28.7; IQR 25.0–32.7) representing a rate 12% higher than Australian normative data. Based on population, this equates to an estimated additional 5279 unanticipated overweight or obese ICU patients at our facility during 2013.ConclusionsThis study has shown that Australian ICU patients may have higher BMI than those of the general Australian population, and therefore there may be unanticipated costs associated with their care. No medical specialty was associated with higher BMI than another.