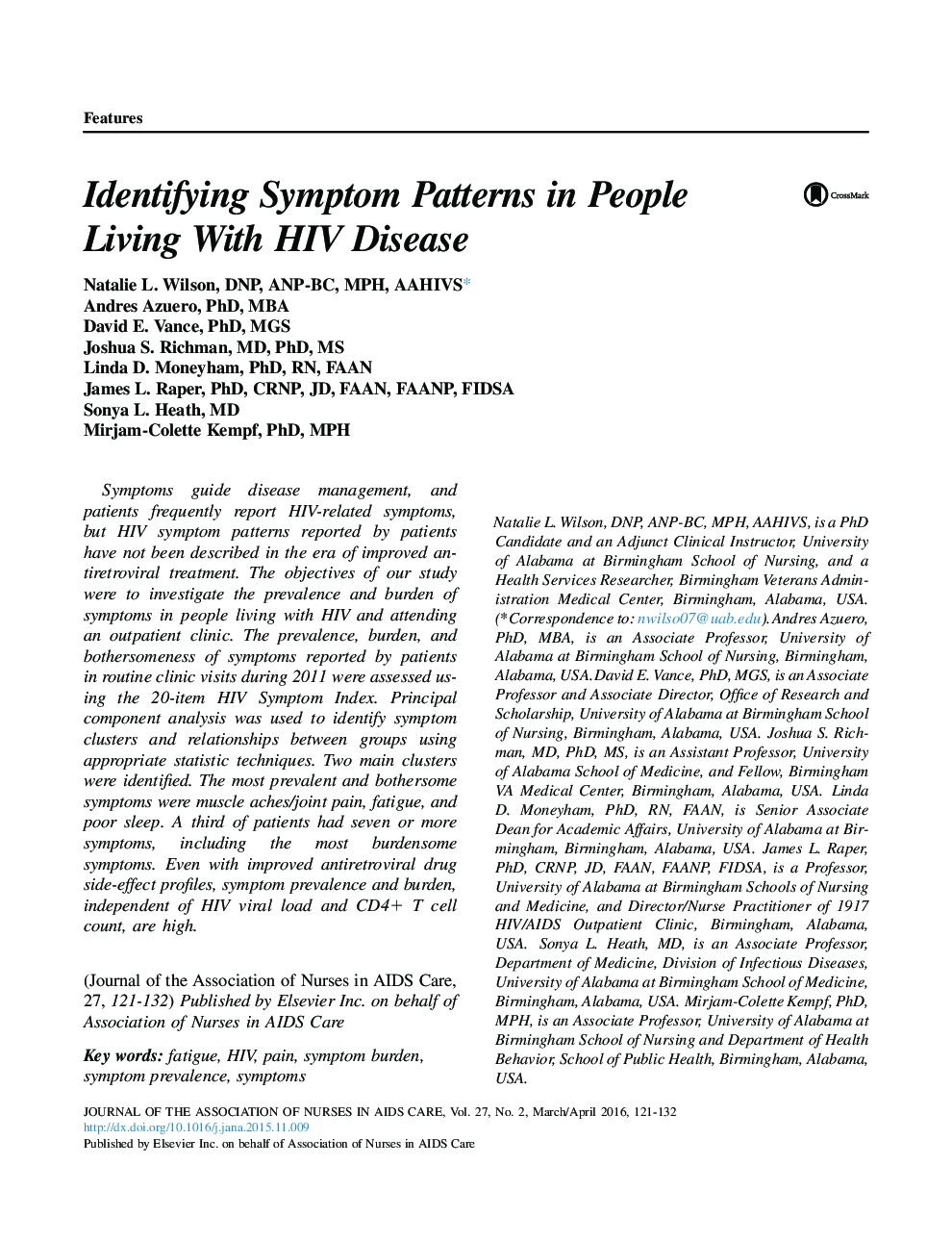 Symptoms guide disease management, and patients frequently report HIV-related symptoms, but HIV symptom patterns reported by patients have not been described in the era of improved antiretroviral treatment. The objectives of our study were to investigate the prevalence and burden of symptoms in people living with HIV and attending an outpatient clinic. The prevalence, burden, and bothersomeness of symptoms reported by patients in routine clinic visits during 2011 were assessed using the 20-item HIV Symptom Index. Principal component analysis was used to identify symptom clusters and relationships between groups using appropriate statistic techniques. Two main clusters were identified. The most prevalent and bothersome symptoms were muscle aches/joint pain, fatigue, and poor sleep. A third of patients had seven or more symptoms, including the most burdensome symptoms. Even with improved antiretroviral drug side-effect profiles, symptom prevalence and burden, independent of HIV viral load and CD4+ T cell count, are high.