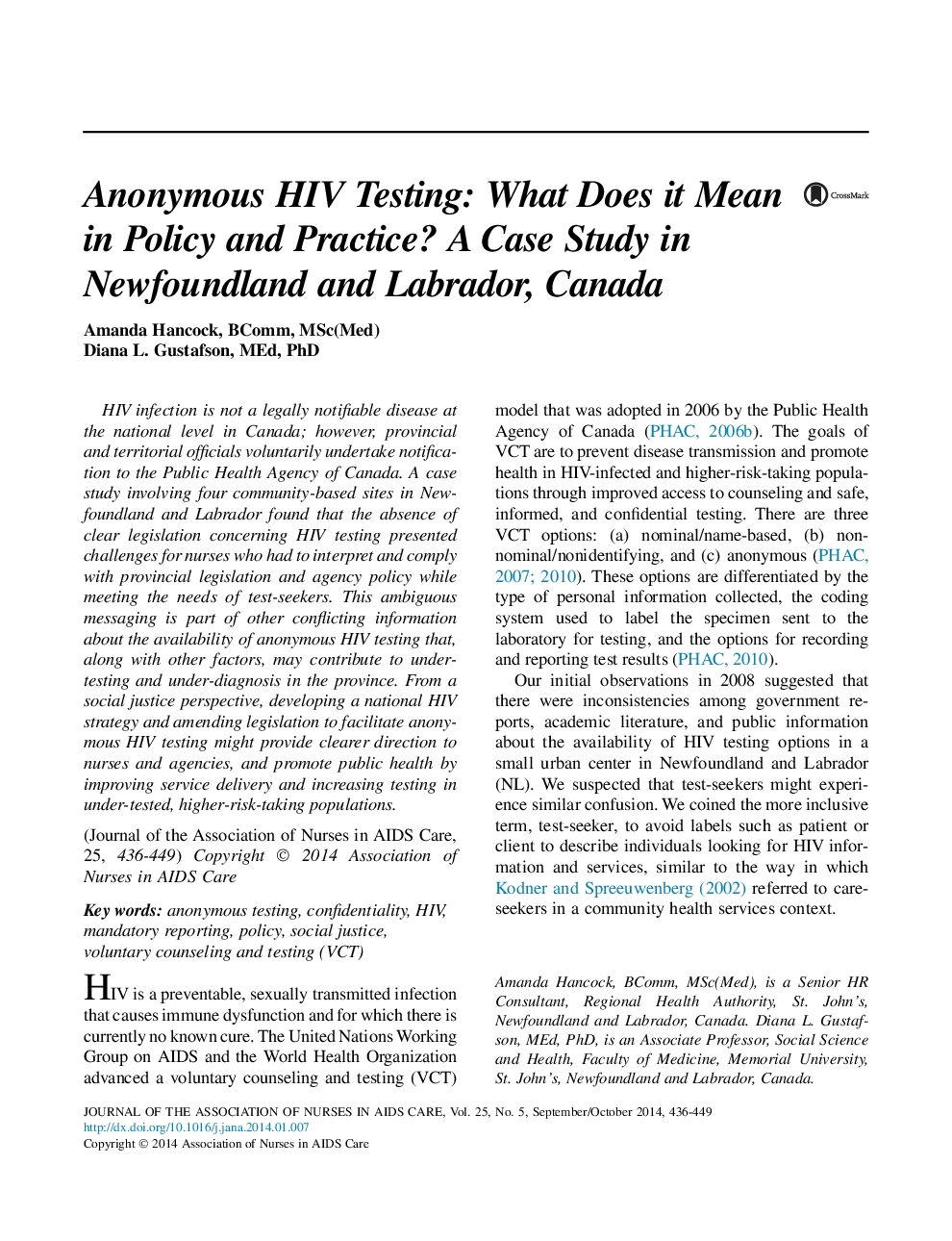 HIV infection is not a legally notifiable disease at the national level in Canada; however, provincial and territorial officials voluntarily undertake notification to the Public Health Agency of Canada. A case study involving four community-based sites in Newfoundland and Labrador found that the absence of clear legislation concerning HIV testing presented challenges for nurses who had to interpret and comply with provincial legislation and agency policy while meeting the needs of test-seekers. This ambiguous messaging is part of other conflicting information about the availability of anonymous HIV testing that, along with other factors, may contribute to under-testing and under-diagnosis in the province. From a social justice perspective, developing a national HIV strategy and amending legislation to facilitate anonymous HIV testing might provide clearer direction to nurses and agencies, and promote public health by improving service delivery and increasing testing in under-tested, higher-risk-taking populations.