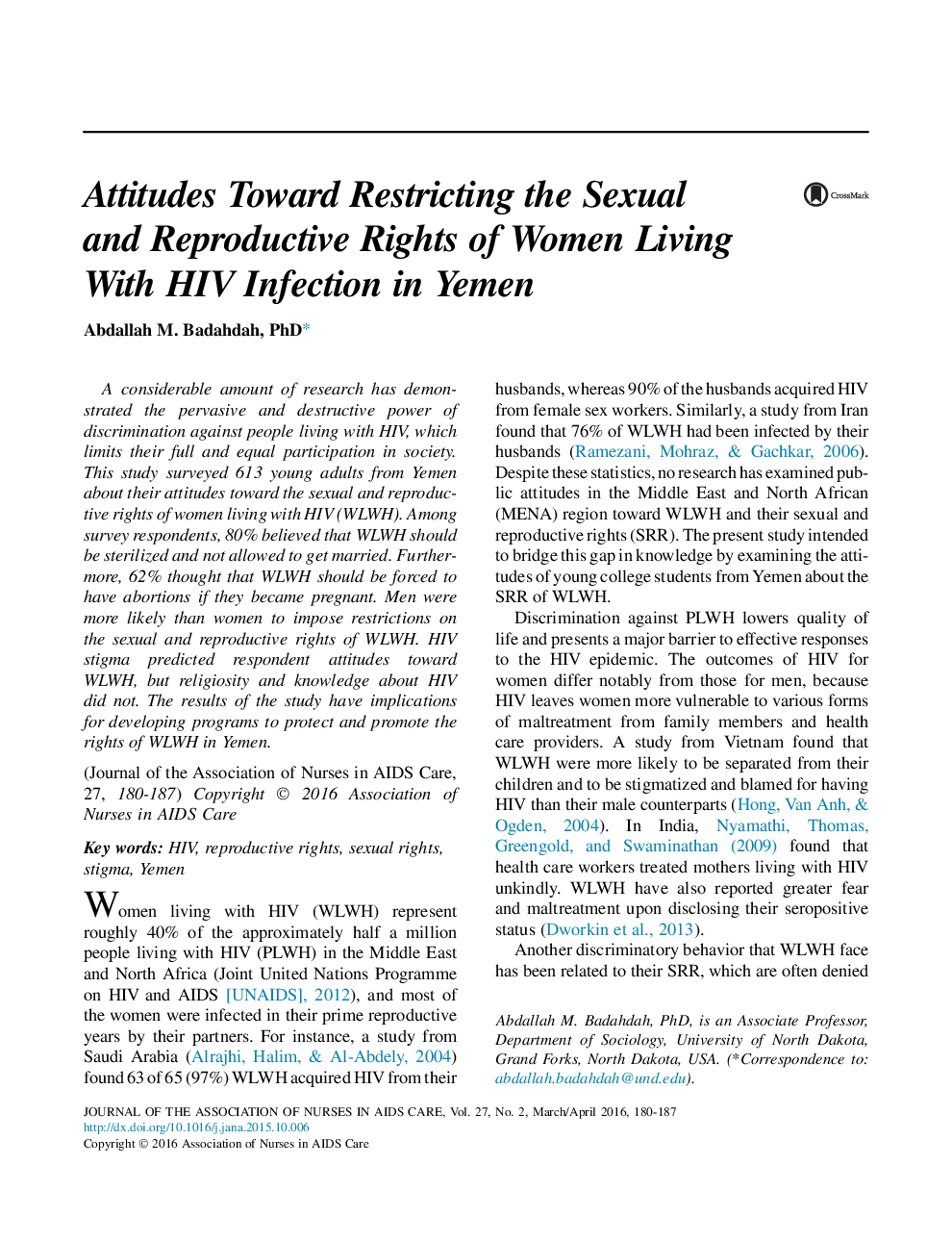 A considerable amount of research has demonstrated the pervasive and destructive power of discrimination against people living with HIV, which limits their full and equal participation in society. This study surveyed 613 young adults from Yemen about their attitudes toward the sexual and reproductive rights of women living with HIV (WLWH). Among survey respondents, 80% believed that WLWH should be sterilized and not allowed to get married. Furthermore, 62% thought that WLWH should be forced to have abortions if they became pregnant. Men were more likely than women to impose restrictions on the sexual and reproductive rights of WLWH. HIV stigma predicted respondent attitudes toward WLWH, but religiosity and knowledge about HIV did not. The results of the study have implications for developing programs to protect and promote the rights of WLWH in Yemen.