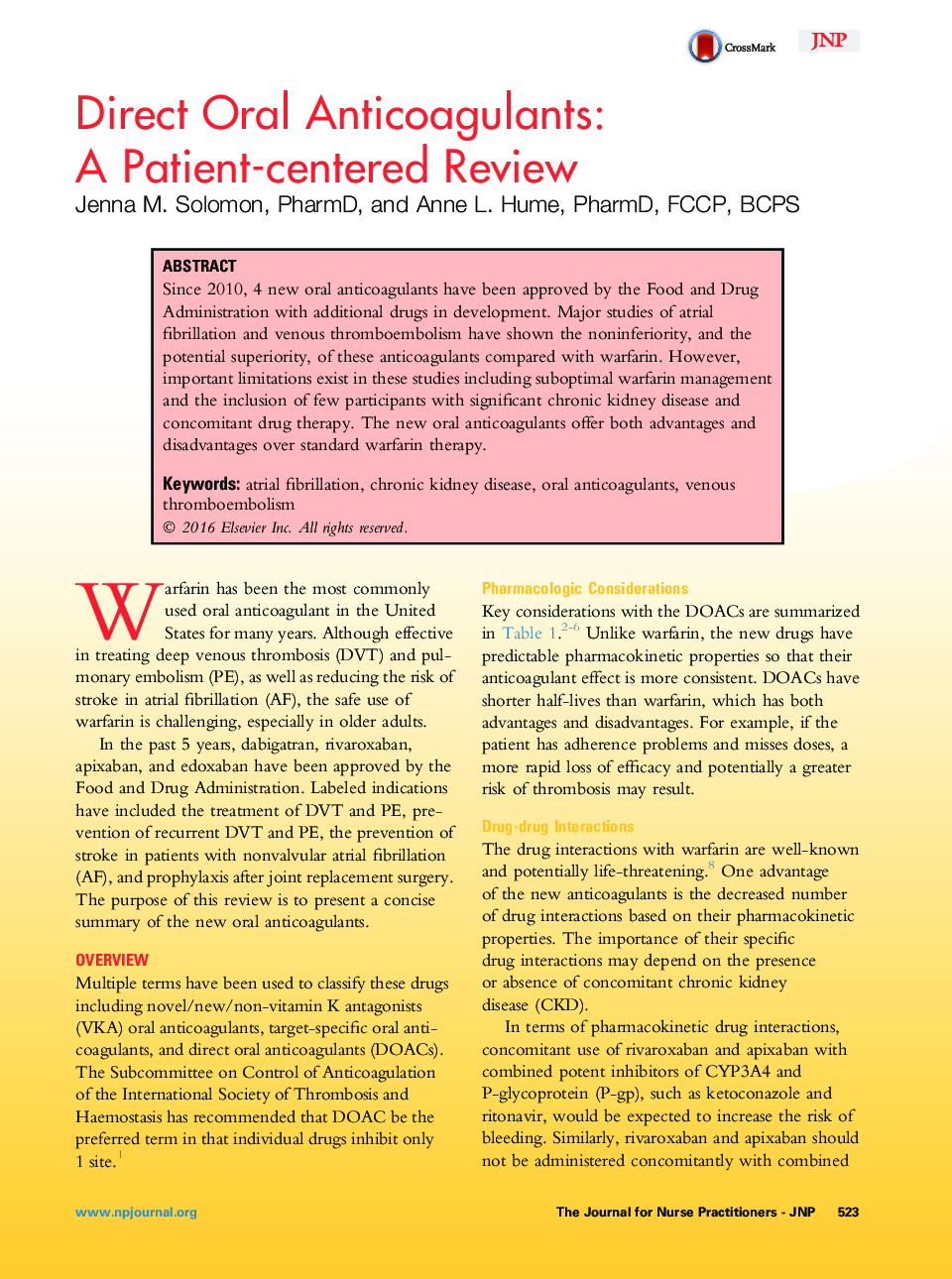 Since 2010, 4 new oral anticoagulants have been approved by the Food and Drug Administration with additional drugs in development. Major studies of atrial fibrillation and venous thromboembolism have shown the noninferiority, and the potential superiority, of these anticoagulants compared with warfarin. However, important limitations exist in these studies including suboptimal warfarin management and the inclusion of few participants with significant chronic kidney disease and concomitant drug therapy. The new oral anticoagulants offer both advantages and disadvantages over standard warfarin therapy.