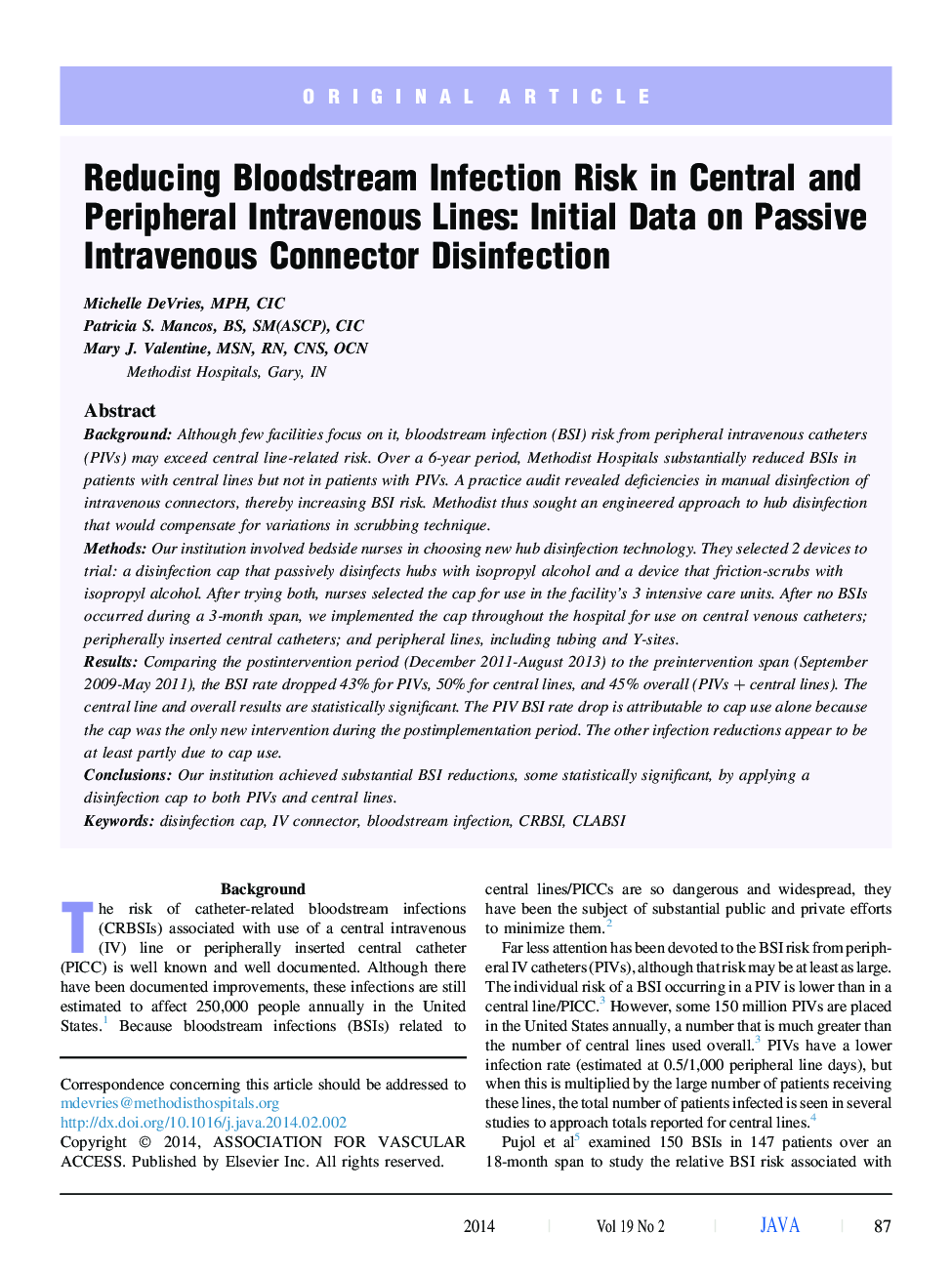 BackgroundAlthough few facilities focus on it, bloodstream infection (BSI) risk from peripheral intravenous catheters (PIVs) may exceed central line-related risk. Over a 6-year period, Methodist Hospitals substantially reduced BSIs in patients with central lines but not in patients with PIVs. A practice audit revealed deficiencies in manual disinfection of intravenous connectors, thereby increasing BSI risk. Methodist thus sought an engineered approach to hub disinfection that would compensate for variations in scrubbing technique.MethodsOur institution involved bedside nurses in choosing new hub disinfection technology. They selected 2 devices to trial: a disinfection cap that passively disinfects hubs with isopropyl alcohol and a device that friction-scrubs with isopropyl alcohol. After trying both, nurses selected the cap for use in the facility's 3 intensive care units. After no BSIs occurred during a 3-month span, we implemented the cap throughout the hospital for use on central venous catheters; peripherally inserted central catheters; and peripheral lines, including tubing and Y-sites.ResultsComparing the postintervention period (December 2011-August 2013) to the preintervention span (September 2009-May 2011), the BSI rate dropped 43% for PIVs, 50% for central lines, and 45% overall (PIVs + central lines). The central line and overall results are statistically significant. The PIV BSI rate drop is attributable to cap use alone because the cap was the only new intervention during the postimplementation period. The other infection reductions appear to be at least partly due to cap use.ConclusionsOur institution achieved substantial BSI reductions, some statistically significant, by applying a disinfection cap to both PIVs and central lines.