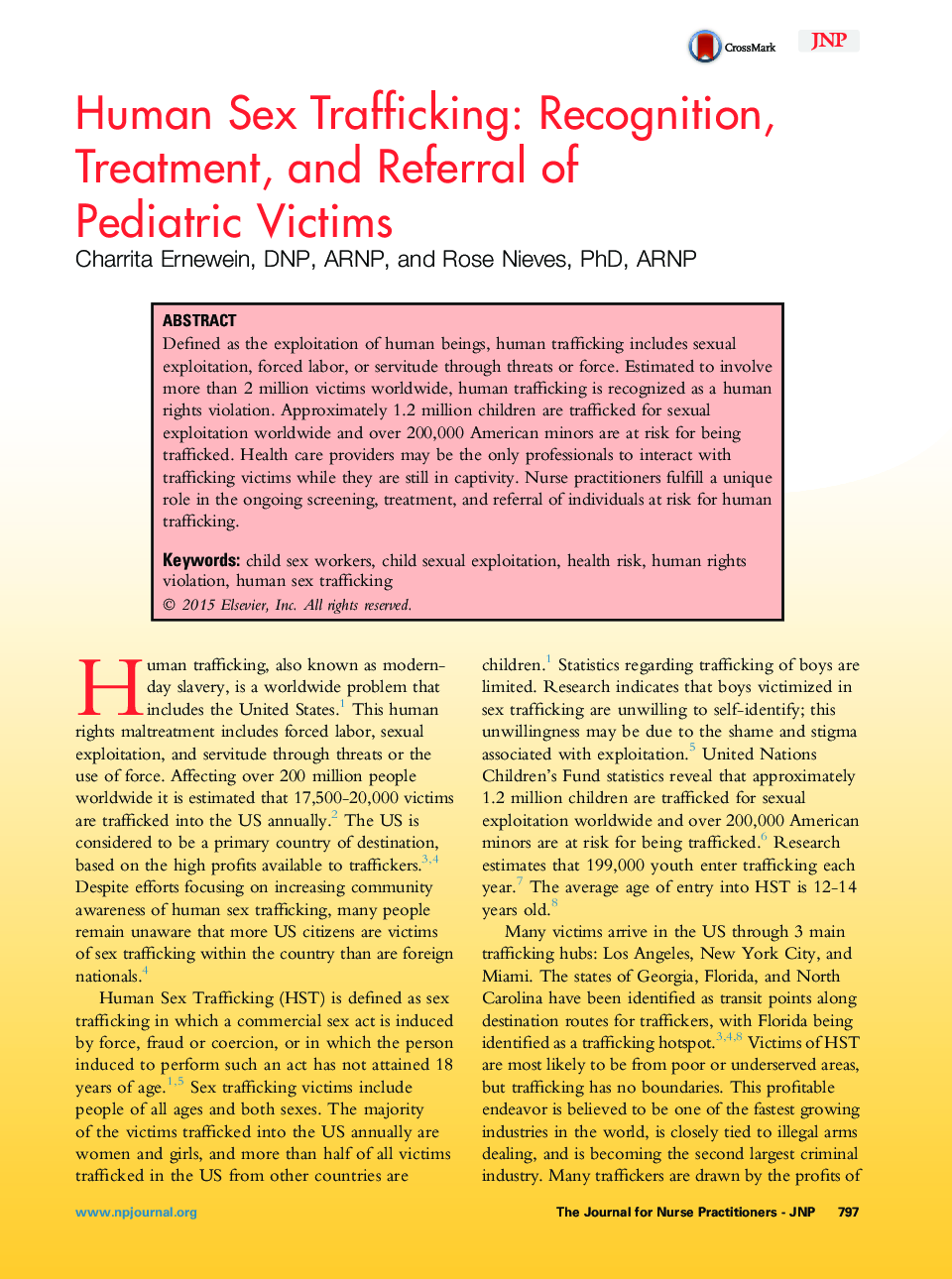 • Human sex trafficking (HST) is a worldwide problem, which includes the United States
• Victims include all ages and both sexes
• Majority of victims are women and girls
• Average age of entry into HST is 12-14 years
• HST is among the fastest growing industries in the world
• HST poses serious mental and physical health risk
• HST is hidden and illegal
• There is difficulty in victim identification
• The nurse practitioner is critical to victim identification and treatment

Defined as the exploitation of human beings, human trafficking includes sexual exploitation, forced labor, or servitude through threats or force. Estimated to involve more than 2 million victims worldwide, human trafficking is recognized as a human rights violation. Approximately 1.2 million children are trafficked for sexual exploitation worldwide and over 200,000 American minors are at risk for being trafficked. Health care providers may be the only professionals to interact with trafficking victims while they are still in captivity. Nurse practitioners fulfill a unique role in the ongoing screening, treatment, and referral of individuals at risk for human trafficking.