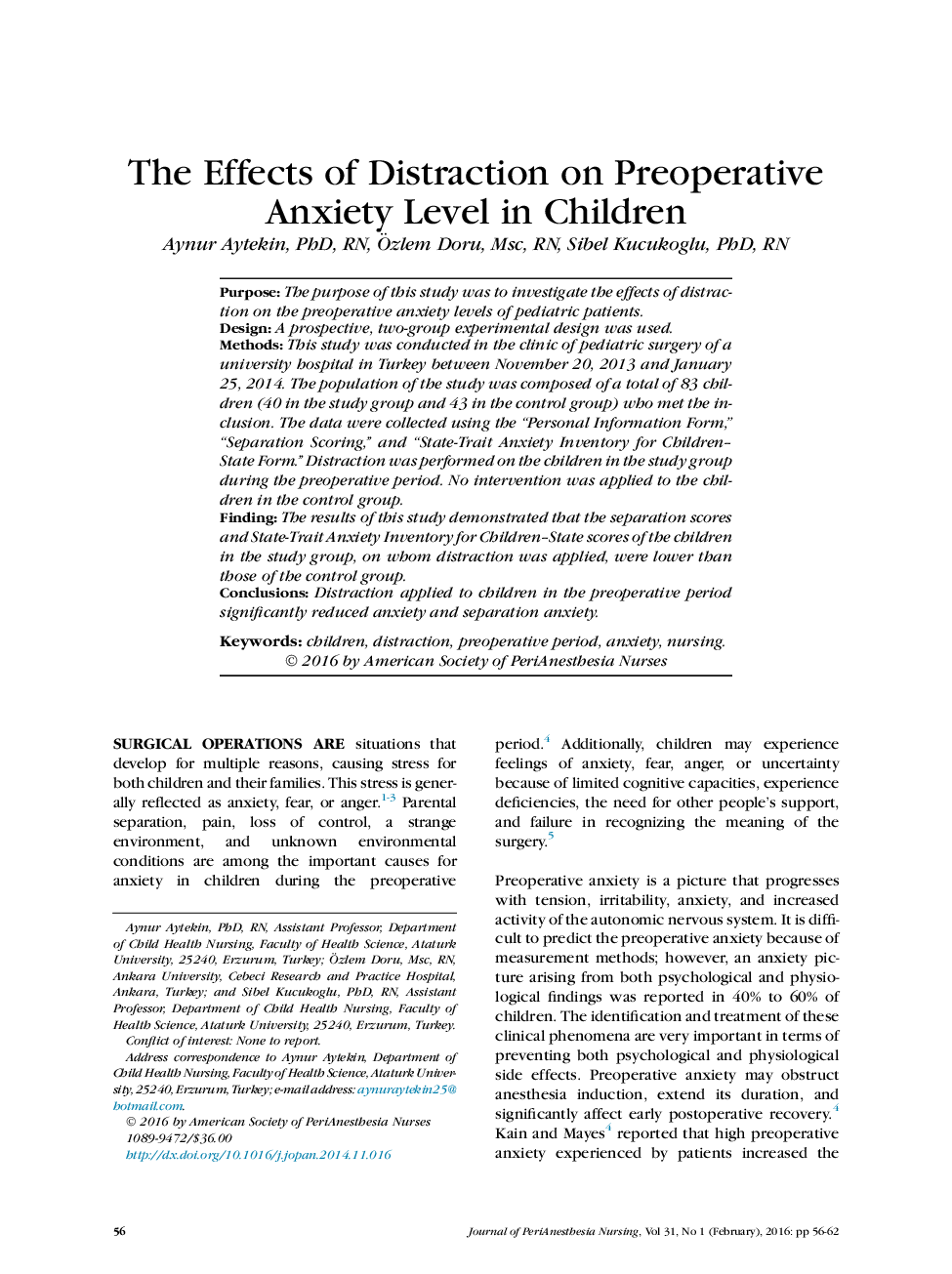 PurposeThe purpose of this study was to investigate the effects of distraction on the preoperative anxiety levels of pediatric patients.DesignA prospective, two-group experimental design was used.MethodsThis study was conducted in the clinic of pediatric surgery of a university hospital in Turkey between November 20, 2013 and January 25, 2014. The population of the study was composed of a total of 83 children (40 in the study group and 43 in the control group) who met the inclusion. The data were collected using the “Personal Information Form,” “Separation Scoring,” and “State-Trait Anxiety Inventory for Children–State Form.” Distraction was performed on the children in the study group during the preoperative period. No intervention was applied to the children in the control group.FindingThe results of this study demonstrated that the separation scores and State-Trait Anxiety Inventory for Children–State scores of the children in the study group, on whom distraction was applied, were lower than those of the control group.ConclusionsDistraction applied to children in the preoperative period significantly reduced anxiety and separation anxiety.