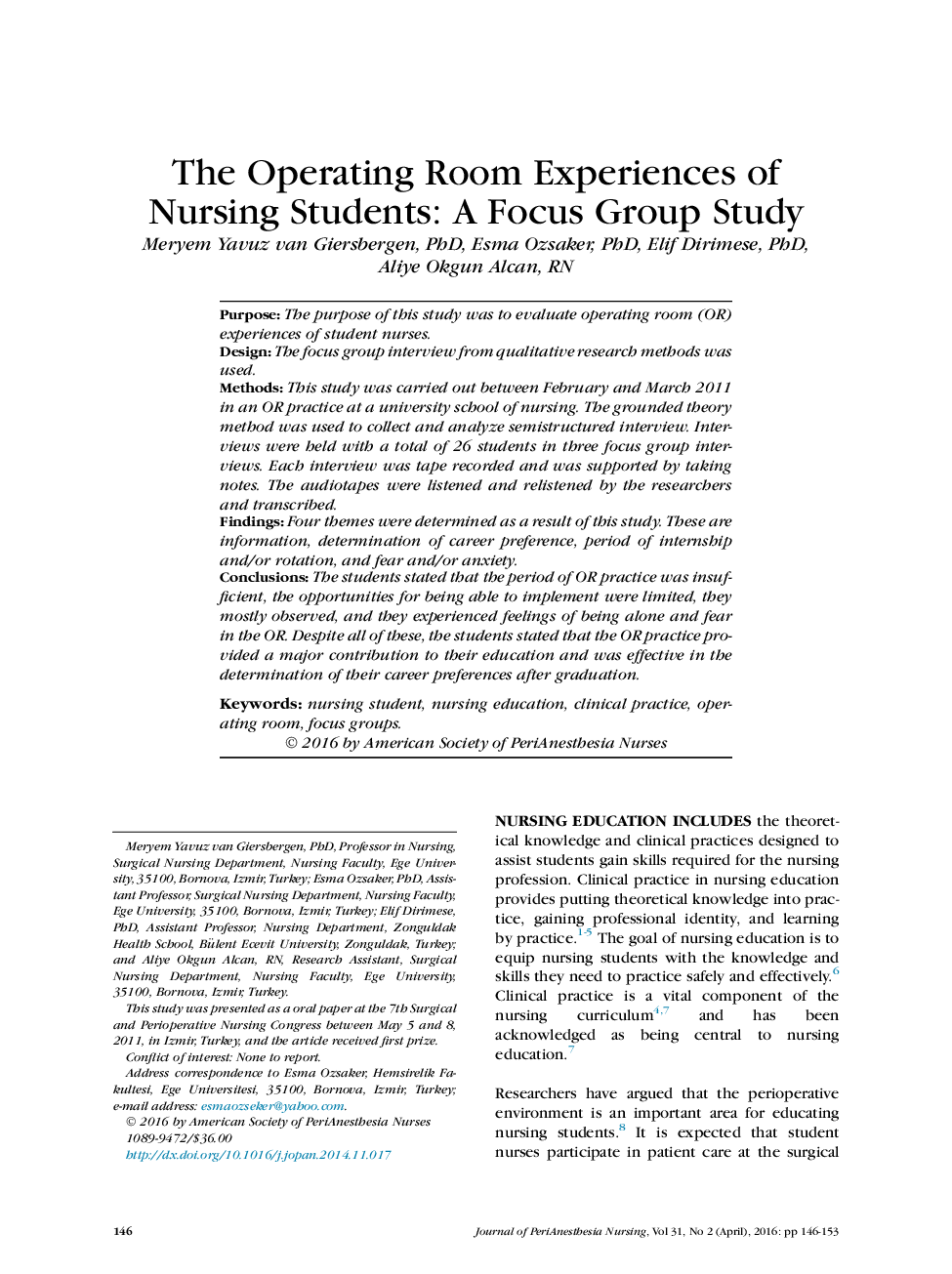 PurposeThe purpose of this study was to evaluate operating room (OR) experiences of student nurses.DesignThe focus group interview from qualitative research methods was used.MethodsThis study was carried out between February and March 2011 in an OR practice at a university school of nursing. The grounded theory method was used to collect and analyze semistructured interview. Interviews were held with a total of 26 students in three focus group interviews. Each interview was tape recorded and was supported by taking notes. The audiotapes were listened and relistened by the researchers and transcribed.FindingsFour themes were determined as a result of this study. These are information, determination of career preference, period of internship and/or rotation, and fear and/or anxiety.ConclusionsThe students stated that the period of OR practice was insufficient, the opportunities for being able to implement were limited, they mostly observed, and they experienced feelings of being alone and fear in the OR. Despite all of these, the students stated that the OR practice provided a major contribution to their education and was effective in the determination of their career preferences after graduation.