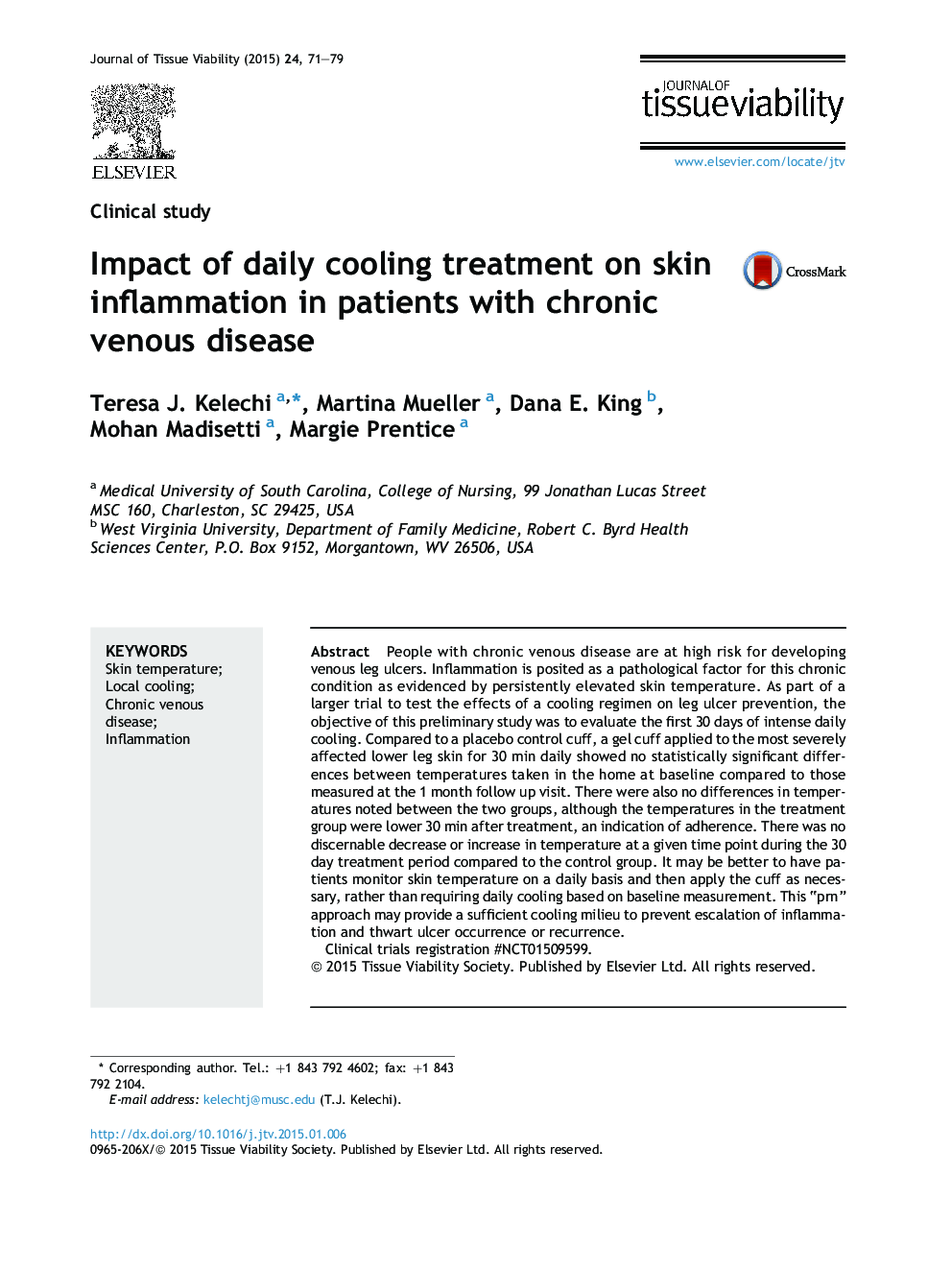 People with chronic venous disease are at high risk for developing venous leg ulcers. Inflammation is posited as a pathological factor for this chronic condition as evidenced by persistently elevated skin temperature. As part of a larger trial to test the effects of a cooling regimen on leg ulcer prevention, the objective of this preliminary study was to evaluate the first 30 days of intense daily cooling. Compared to a placebo control cuff, a gel cuff applied to the most severely affected lower leg skin for 30 min daily showed no statistically significant differences between temperatures taken in the home at baseline compared to those measured at the 1 month follow up visit. There were also no differences in temperatures noted between the two groups, although the temperatures in the treatment group were lower 30 min after treatment, an indication of adherence. There was no discernable decrease or increase in temperature at a given time point during the 30 day treatment period compared to the control group. It may be better to have patients monitor skin temperature on a daily basis and then apply the cuff as necessary, rather than requiring daily cooling based on baseline measurement. This “prn” approach may provide a sufficient cooling milieu to prevent escalation of inflammation and thwart ulcer occurrence or recurrence.Clinical trials registration #NCT01509599.