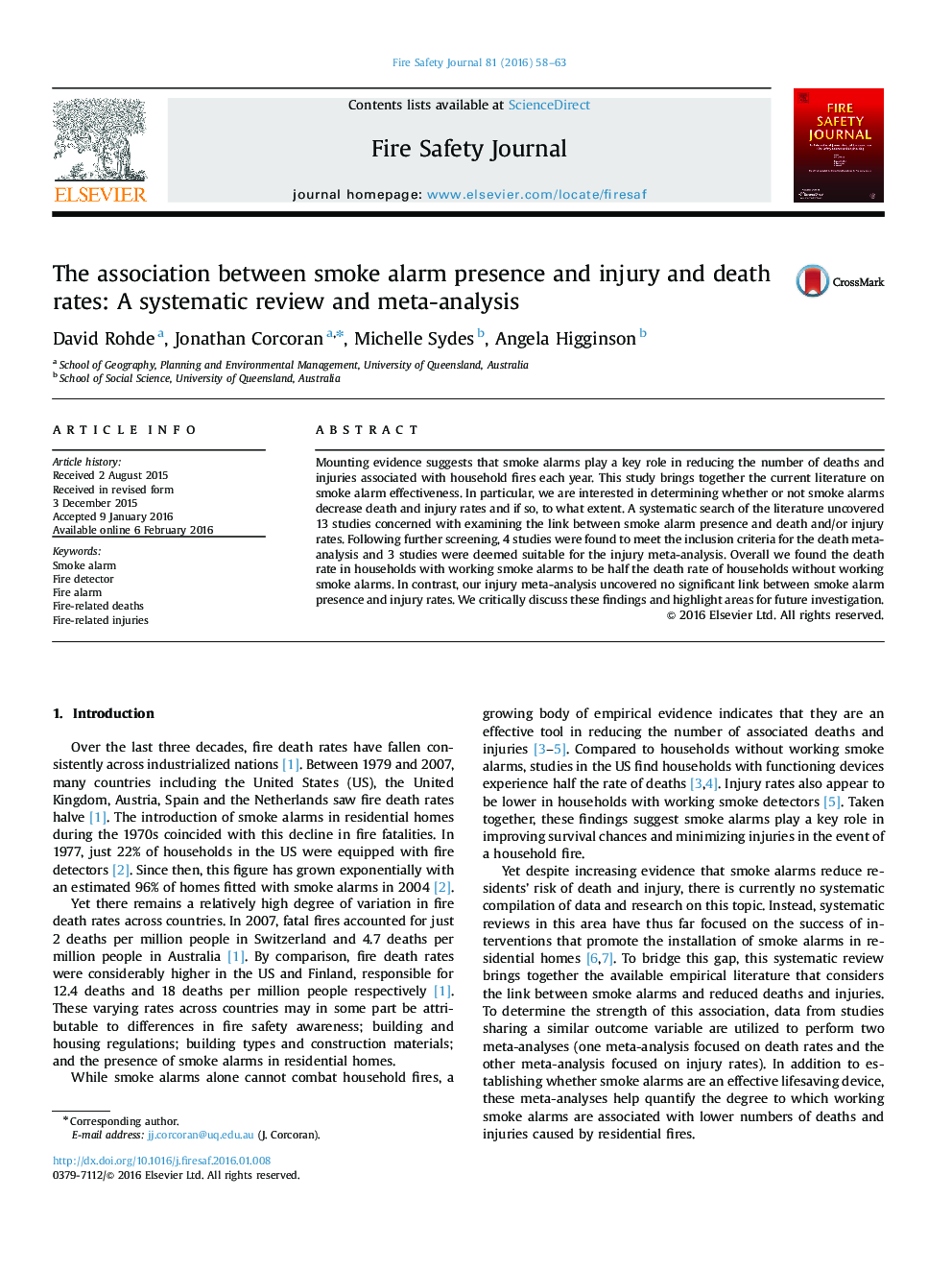 Mounting evidence suggests that smoke alarms play a key role in reducing the number of deaths and injuries associated with household fires each year. This study brings together the current literature on smoke alarm effectiveness. In particular, we are interested in determining whether or not smoke alarms decrease death and injury rates and if so, to what extent. A systematic search of the literature uncovered 13 studies concerned with examining the link between smoke alarm presence and death and/or injury rates. Following further screening, 4 studies were found to meet the inclusion criteria for the death meta-analysis and 3 studies were deemed suitable for the injury meta-analysis. Overall we found the death rate in households with working smoke alarms to be half the death rate of households without working smoke alarms. In contrast, our injury meta-analysis uncovered no significant link between smoke alarm presence and injury rates. We critically discuss these findings and highlight areas for future investigation.