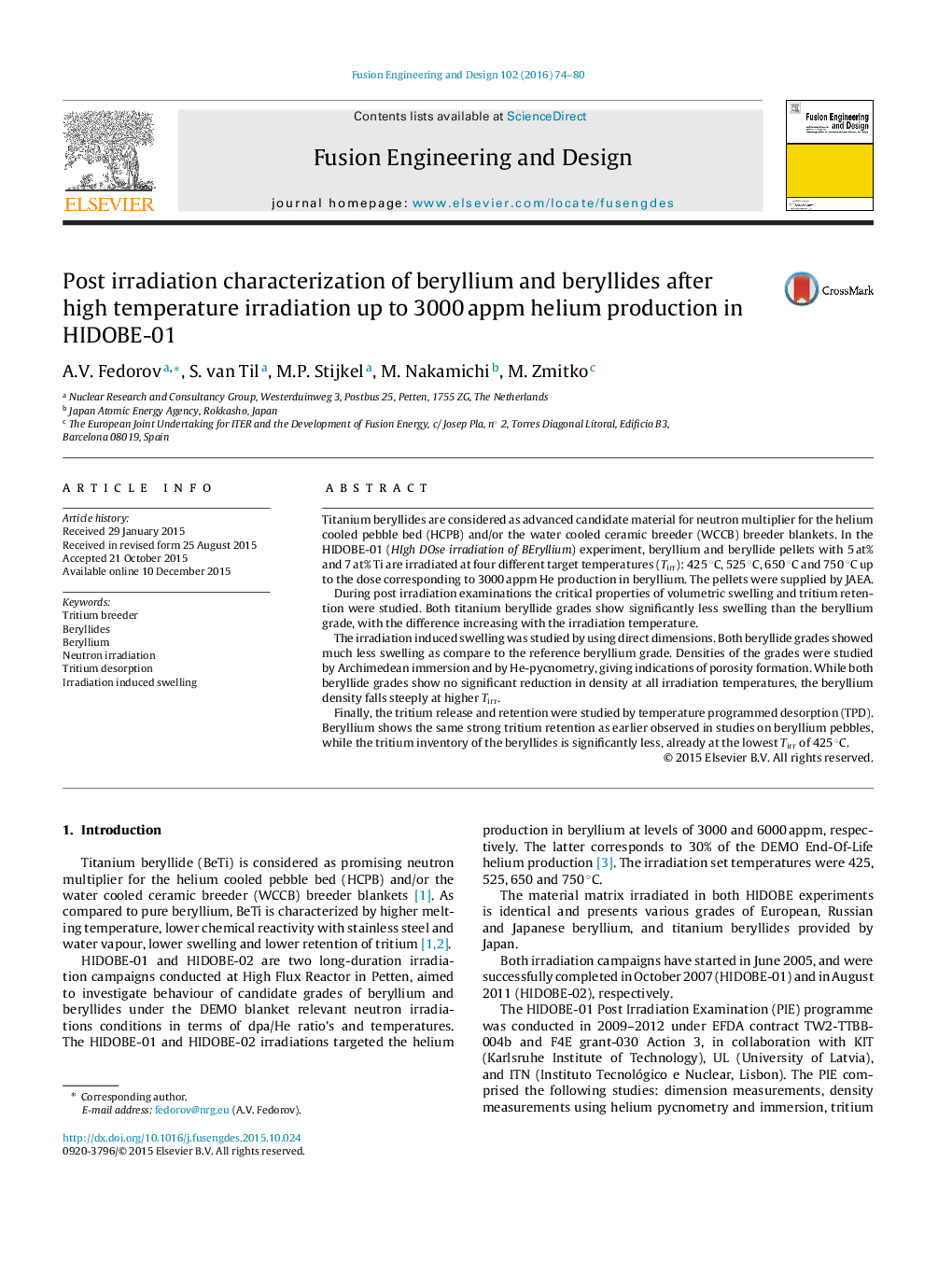 Titanium beryllides are considered as advanced candidate material for neutron multiplier for the helium cooled pebble bed (HCPB) and/or the water cooled ceramic breeder (WCCB) breeder blankets. In the HIDOBE-01 (HIgh DOse irradiation of BEryllium) experiment, beryllium and beryllide pellets with 5 at% and 7 at% Ti are irradiated at four different target temperatures (Tirr): 425 °C, 525 °C, 650 °C and 750 °C up to the dose corresponding to 3000 appm He production in beryllium. The pellets were supplied by JAEA.During post irradiation examinations the critical properties of volumetric swelling and tritium retention were studied. Both titanium beryllide grades show significantly less swelling than the beryllium grade, with the difference increasing with the irradiation temperature.The irradiation induced swelling was studied by using direct dimensions. Both beryllide grades showed much less swelling as compare to the reference beryllium grade. Densities of the grades were studied by Archimedean immersion and by He-pycnometry, giving indications of porosity formation. While both beryllide grades show no significant reduction in density at all irradiation temperatures, the beryllium density falls steeply at higher Tirr.Finally, the tritium release and retention were studied by temperature programmed desorption (TPD). Beryllium shows the same strong tritium retention as earlier observed in studies on beryllium pebbles, while the tritium inventory of the beryllides is significantly less, already at the lowest Tirr of 425 °C.