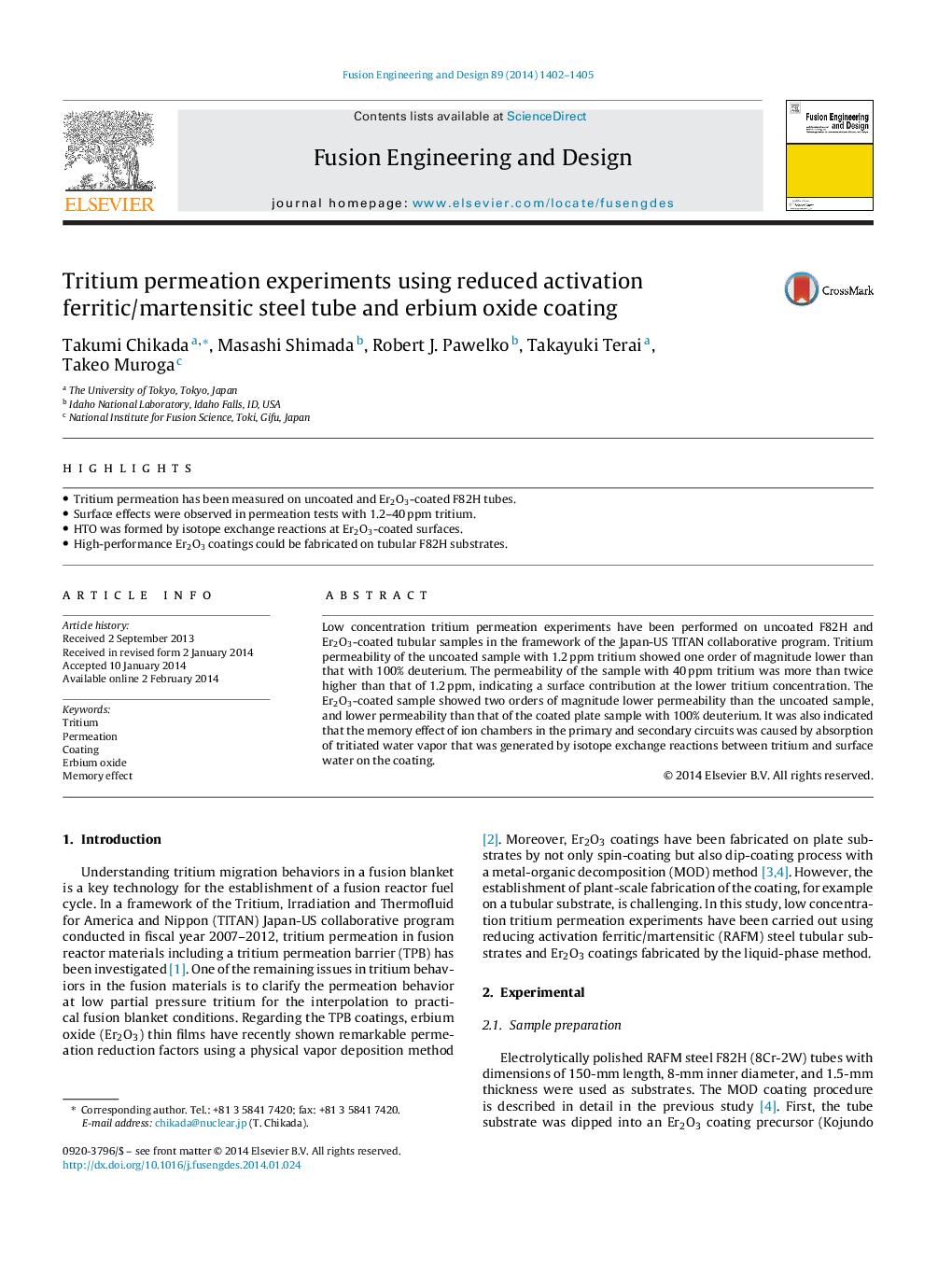 • Tritium permeation has been measured on uncoated and Er2O3-coated F82H tubes.
• Surface effects were observed in permeation tests with 1.2–40 ppm tritium.
• HTO was formed by isotope exchange reactions at Er2O3-coated surfaces.
• High-performance Er2O3 coatings could be fabricated on tubular F82H substrates.

Low concentration tritium permeation experiments have been performed on uncoated F82H and Er2O3-coated tubular samples in the framework of the Japan-US TITAN collaborative program. Tritium permeability of the uncoated sample with 1.2 ppm tritium showed one order of magnitude lower than that with 100% deuterium. The permeability of the sample with 40 ppm tritium was more than twice higher than that of 1.2 ppm, indicating a surface contribution at the lower tritium concentration. The Er2O3-coated sample showed two orders of magnitude lower permeability than the uncoated sample, and lower permeability than that of the coated plate sample with 100% deuterium. It was also indicated that the memory effect of ion chambers in the primary and secondary circuits was caused by absorption of tritiated water vapor that was generated by isotope exchange reactions between tritium and surface water on the coating.