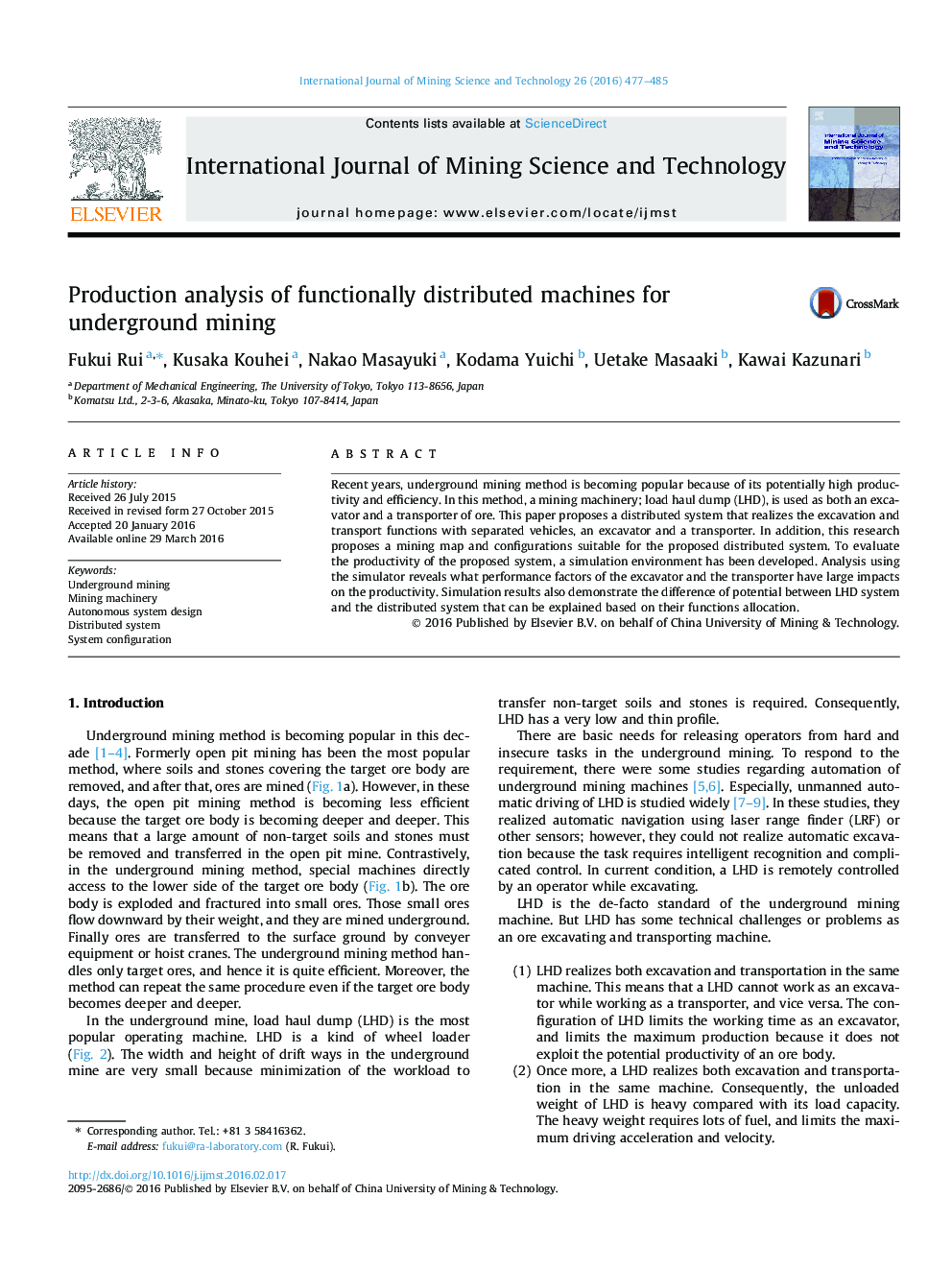 Recent years, underground mining method is becoming popular because of its potentially high productivity and efficiency. In this method, a mining machinery; load haul dump (LHD), is used as both an excavator and a transporter of ore. This paper proposes a distributed system that realizes the excavation and transport functions with separated vehicles, an excavator and a transporter. In addition, this research proposes a mining map and configurations suitable for the proposed distributed system. To evaluate the productivity of the proposed system, a simulation environment has been developed. Analysis using the simulator reveals what performance factors of the excavator and the transporter have large impacts on the productivity. Simulation results also demonstrate the difference of potential between LHD system and the distributed system that can be explained based on their functions allocation.