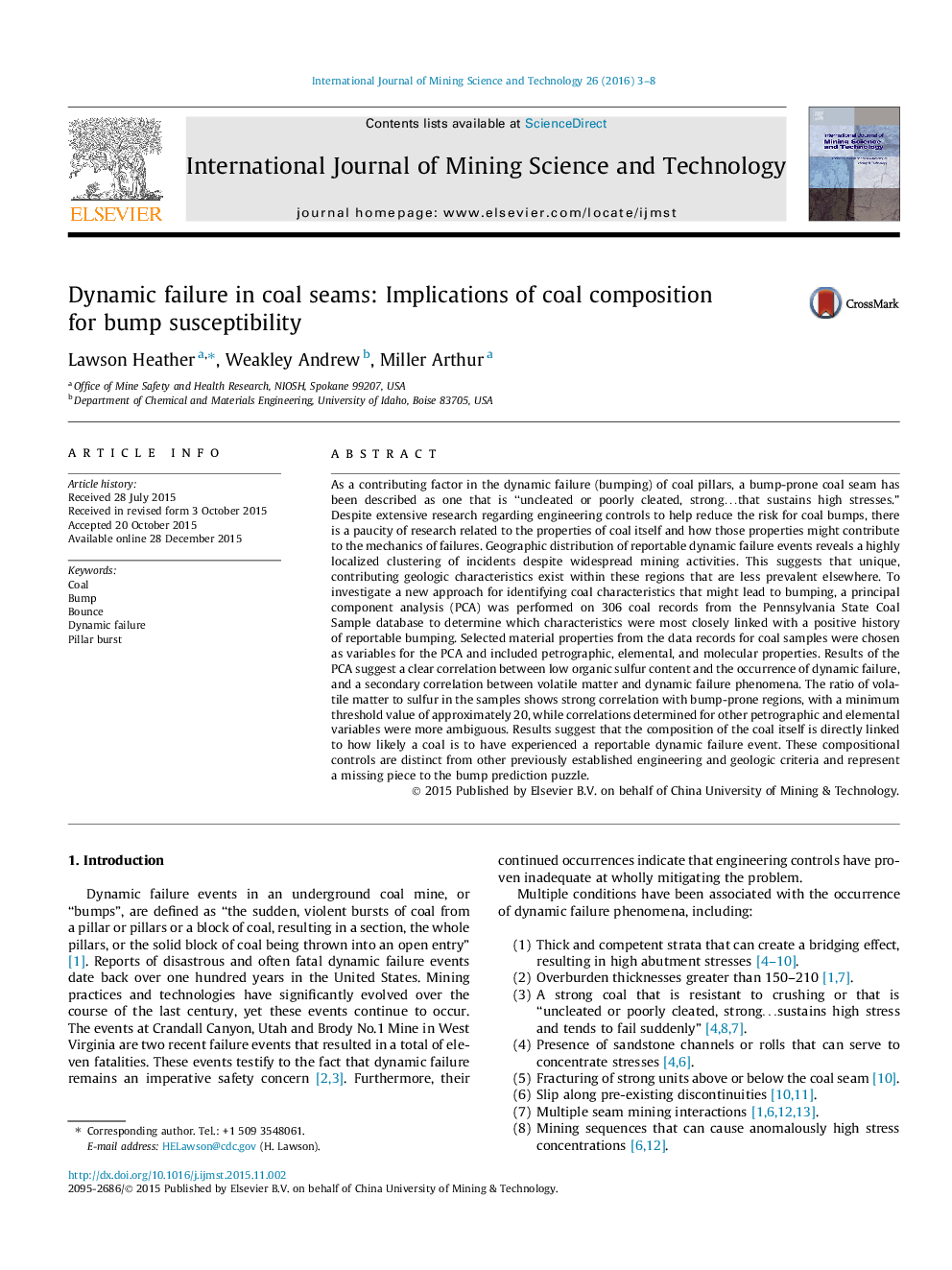 As a contributing factor in the dynamic failure (bumping) of coal pillars, a bump-prone coal seam has been described as one that is “uncleated or poorly cleated, strong…that sustains high stresses.” Despite extensive research regarding engineering controls to help reduce the risk for coal bumps, there is a paucity of research related to the properties of coal itself and how those properties might contribute to the mechanics of failures. Geographic distribution of reportable dynamic failure events reveals a highly localized clustering of incidents despite widespread mining activities. This suggests that unique, contributing geologic characteristics exist within these regions that are less prevalent elsewhere. To investigate a new approach for identifying coal characteristics that might lead to bumping, a principal component analysis (PCA) was performed on 306 coal records from the Pennsylvania State Coal Sample database to determine which characteristics were most closely linked with a positive history of reportable bumping. Selected material properties from the data records for coal samples were chosen as variables for the PCA and included petrographic, elemental, and molecular properties. Results of the PCA suggest a clear correlation between low organic sulfur content and the occurrence of dynamic failure, and a secondary correlation between volatile matter and dynamic failure phenomena. The ratio of volatile matter to sulfur in the samples shows strong correlation with bump-prone regions, with a minimum threshold value of approximately 20, while correlations determined for other petrographic and elemental variables were more ambiguous. Results suggest that the composition of the coal itself is directly linked to how likely a coal is to have experienced a reportable dynamic failure event. These compositional controls are distinct from other previously established engineering and geologic criteria and represent a missing piece to the bump prediction puzzle.