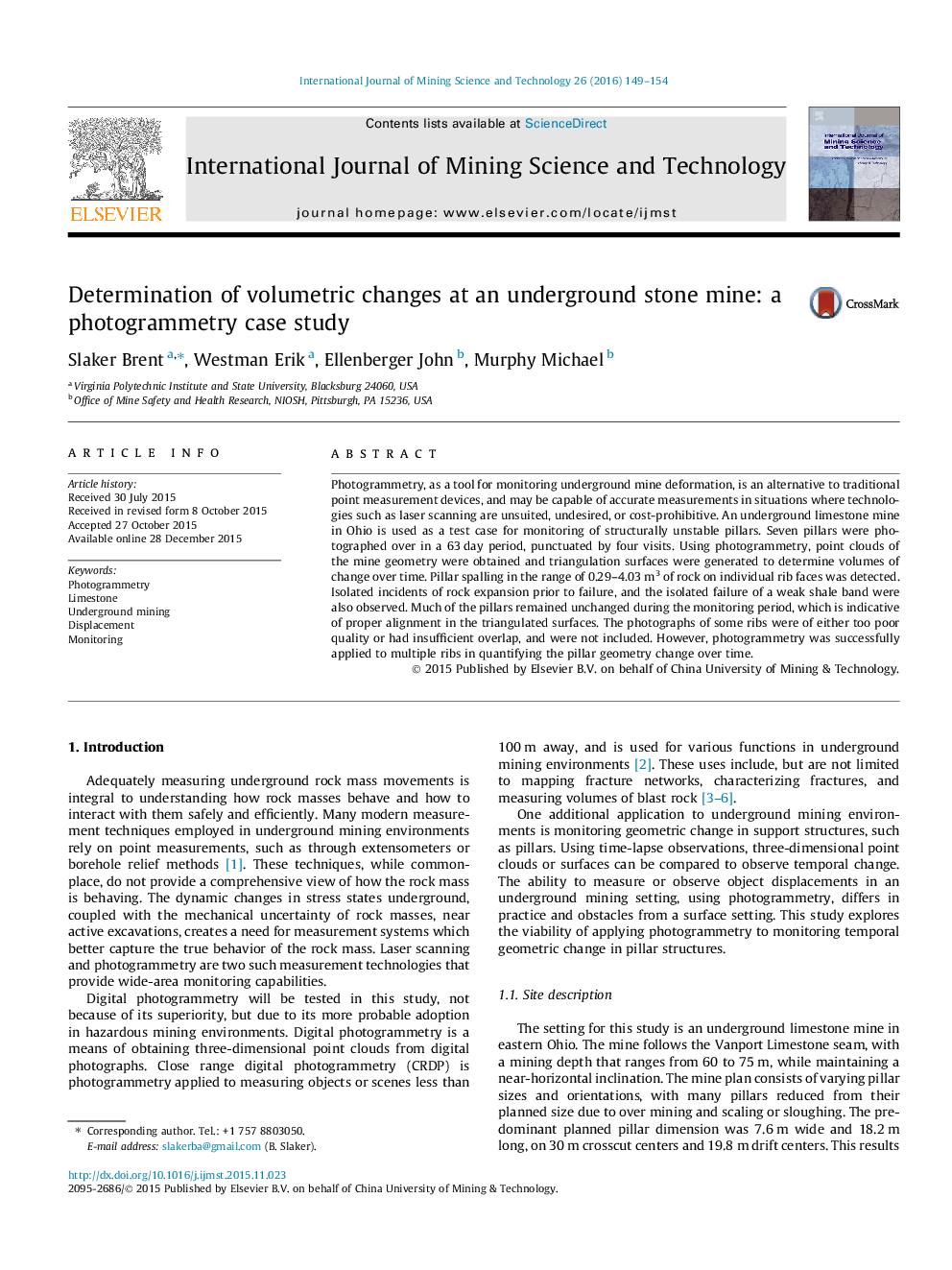 Photogrammetry, as a tool for monitoring underground mine deformation, is an alternative to traditional point measurement devices, and may be capable of accurate measurements in situations where technologies such as laser scanning are unsuited, undesired, or cost-prohibitive. An underground limestone mine in Ohio is used as a test case for monitoring of structurally unstable pillars. Seven pillars were photographed over in a 63 day period, punctuated by four visits. Using photogrammetry, point clouds of the mine geometry were obtained and triangulation surfaces were generated to determine volumes of change over time. Pillar spalling in the range of 0.29–4.03 m3 of rock on individual rib faces was detected. Isolated incidents of rock expansion prior to failure, and the isolated failure of a weak shale band were also observed. Much of the pillars remained unchanged during the monitoring period, which is indicative of proper alignment in the triangulated surfaces. The photographs of some ribs were of either too poor quality or had insufficient overlap, and were not included. However, photogrammetry was successfully applied to multiple ribs in quantifying the pillar geometry change over time.