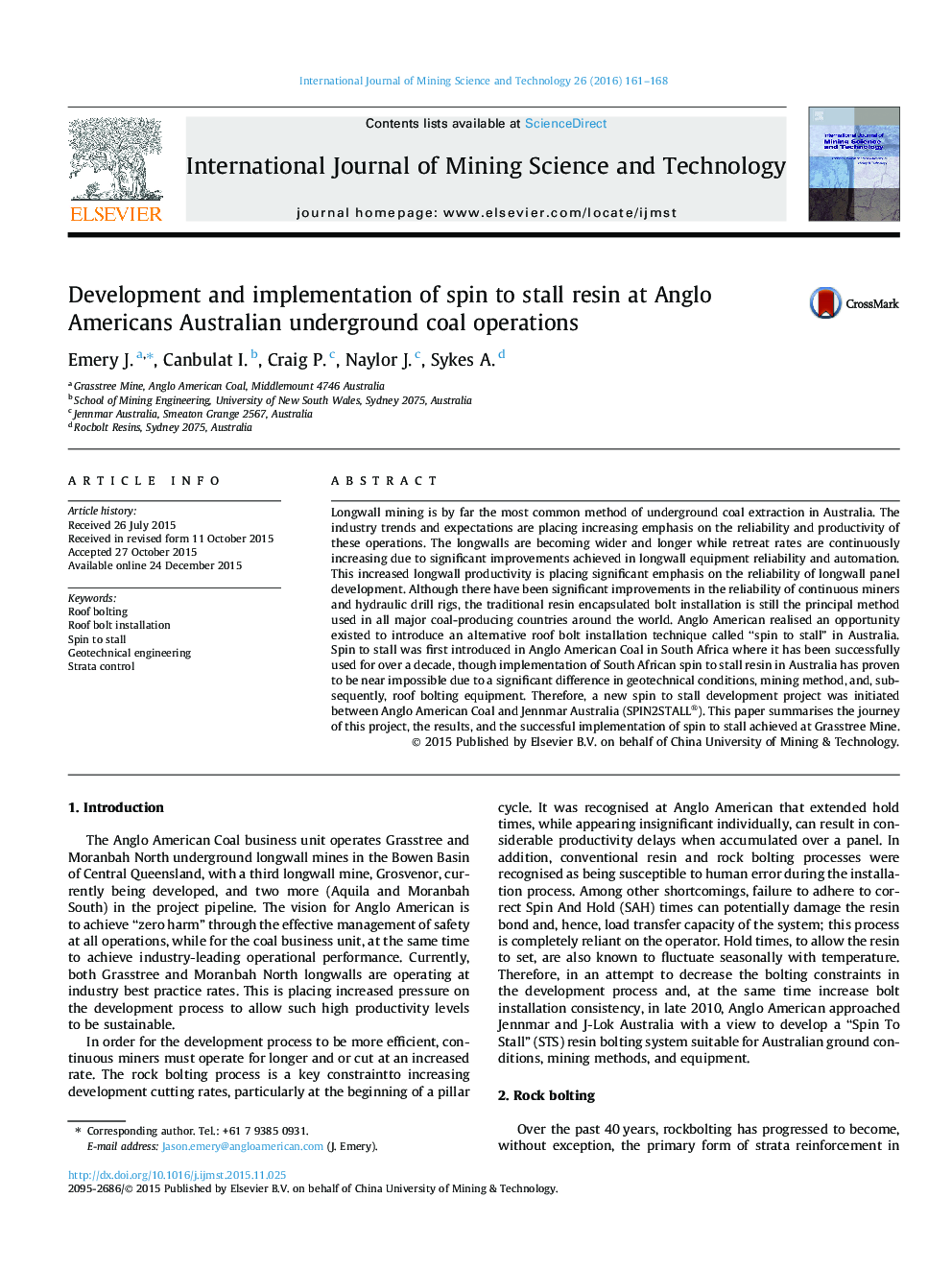 Longwall mining is by far the most common method of underground coal extraction in Australia. The industry trends and expectations are placing increasing emphasis on the reliability and productivity of these operations. The longwalls are becoming wider and longer while retreat rates are continuously increasing due to significant improvements achieved in longwall equipment reliability and automation. This increased longwall productivity is placing significant emphasis on the reliability of longwall panel development. Although there have been significant improvements in the reliability of continuous miners and hydraulic drill rigs, the traditional resin encapsulated bolt installation is still the principal method used in all major coal-producing countries around the world. Anglo American realised an opportunity existed to introduce an alternative roof bolt installation technique called “spin to stall” in Australia. Spin to stall was first introduced in Anglo American Coal in South Africa where it has been successfully used for over a decade, though implementation of South African spin to stall resin in Australia has proven to be near impossible due to a significant difference in geotechnical conditions, mining method, and, subsequently, roof bolting equipment. Therefore, a new spin to stall development project was initiated between Anglo American Coal and Jennmar Australia (SPIN2STALL®). This paper summarises the journey of this project, the results, and the successful implementation of spin to stall achieved at Grasstree Mine.