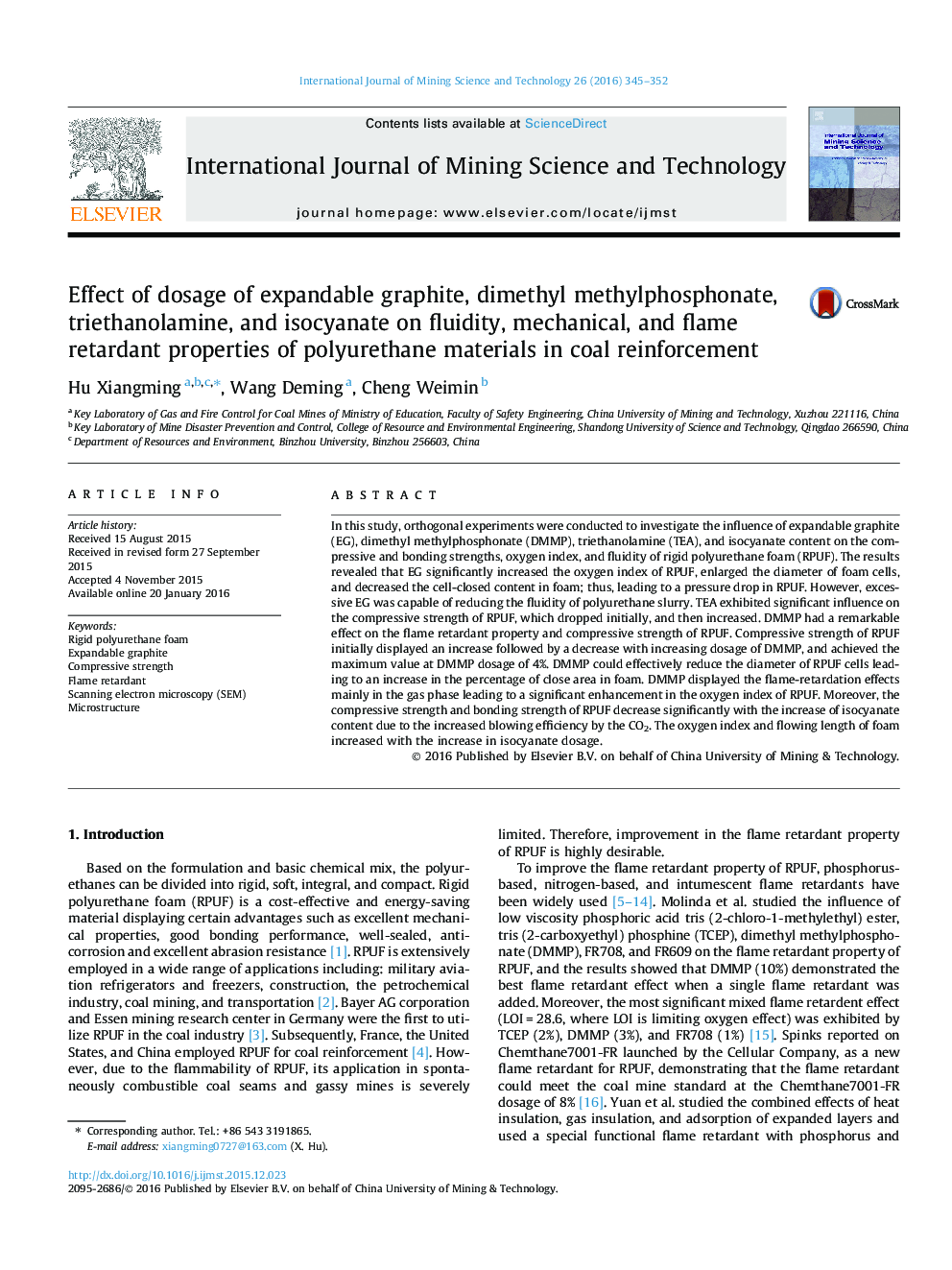 In this study, orthogonal experiments were conducted to investigate the influence of expandable graphite (EG), dimethyl methylphosphonate (DMMP), triethanolamine (TEA), and isocyanate content on the compressive and bonding strengths, oxygen index, and fluidity of rigid polyurethane foam (RPUF). The results revealed that EG significantly increased the oxygen index of RPUF, enlarged the diameter of foam cells, and decreased the cell-closed content in foam; thus, leading to a pressure drop in RPUF. However, excessive EG was capable of reducing the fluidity of polyurethane slurry. TEA exhibited significant influence on the compressive strength of RPUF, which dropped initially, and then increased. DMMP had a remarkable effect on the flame retardant property and compressive strength of RPUF. Compressive strength of RPUF initially displayed an increase followed by a decrease with increasing dosage of DMMP, and achieved the maximum value at DMMP dosage of 4%. DMMP could effectively reduce the diameter of RPUF cells leading to an increase in the percentage of close area in foam. DMMP displayed the flame-retardation effects mainly in the gas phase leading to a significant enhancement in the oxygen index of RPUF. Moreover, the compressive strength and bonding strength of RPUF decrease significantly with the increase of isocyanate content due to the increased blowing efficiency by the CO2. The oxygen index and flowing length of foam increased with the increase in isocyanate dosage.