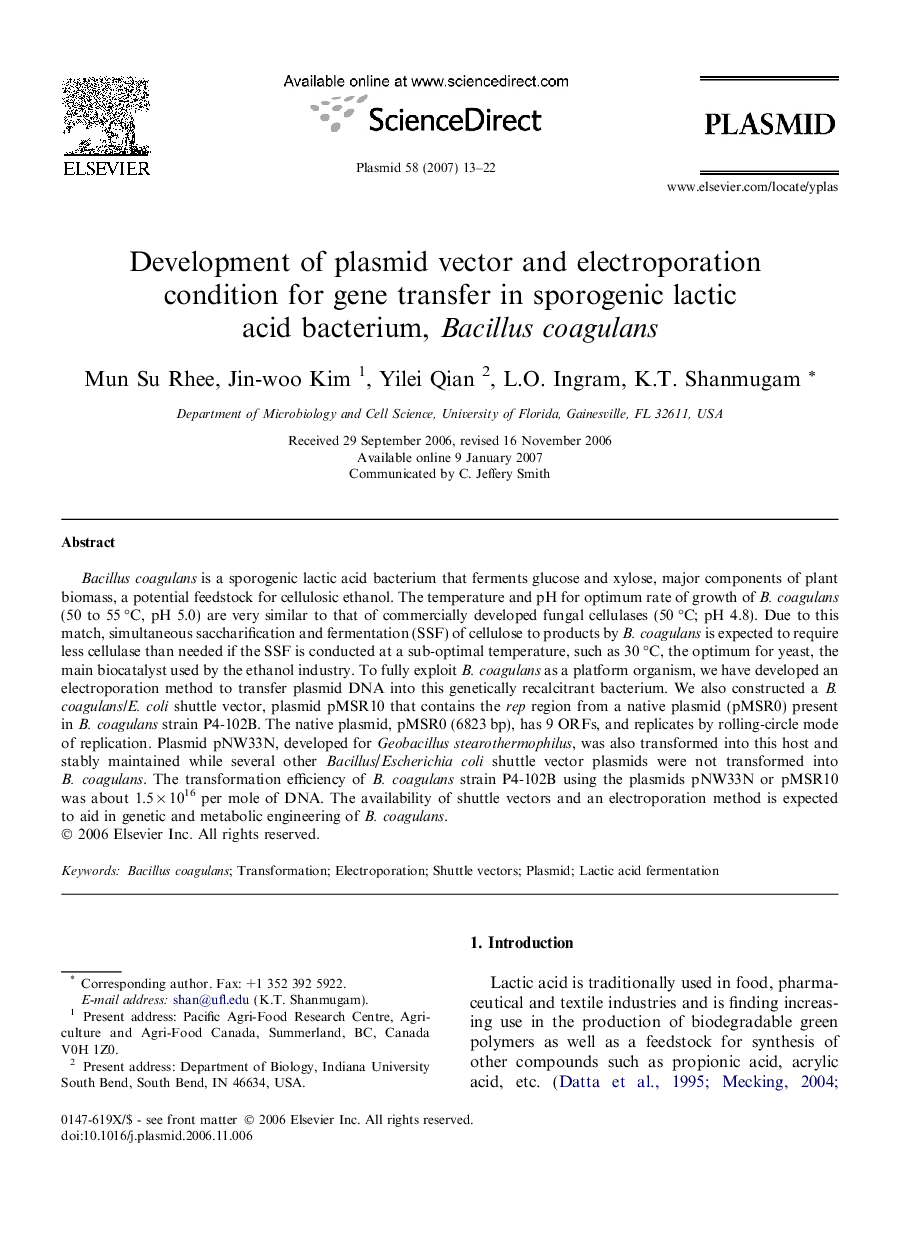 Bacillus coagulans is a sporogenic lactic acid bacterium that ferments glucose and xylose, major components of plant biomass, a potential feedstock for cellulosic ethanol. The temperature and pH for optimum rate of growth of B. coagulans (50 to 55 °C, pH 5.0) are very similar to that of commercially developed fungal cellulases (50 °C; pH 4.8). Due to this match, simultaneous saccharification and fermentation (SSF) of cellulose to products by B. coagulans is expected to require less cellulase than needed if the SSF is conducted at a sub-optimal temperature, such as 30 °C, the optimum for yeast, the main biocatalyst used by the ethanol industry. To fully exploit B. coagulans as a platform organism, we have developed an electroporation method to transfer plasmid DNA into this genetically recalcitrant bacterium. We also constructed a B. coagulans/E. coli shuttle vector, plasmid pMSR10 that contains the rep region from a native plasmid (pMSR0) present in B. coagulans strain P4-102B. The native plasmid, pMSR0 (6823 bp), has 9 ORFs, and replicates by rolling-circle mode of replication. Plasmid pNW33N, developed for Geobacillus stearothermophilus, was also transformed into this host and stably maintained while several other Bacillus/Escherichia coli shuttle vector plasmids were not transformed into B. coagulans. The transformation efficiency of B. coagulans strain P4-102B using the plasmids pNW33N or pMSR10 was about 1.5 × 1016 per mole of DNA. The availability of shuttle vectors and an electroporation method is expected to aid in genetic and metabolic engineering of B. coagulans.