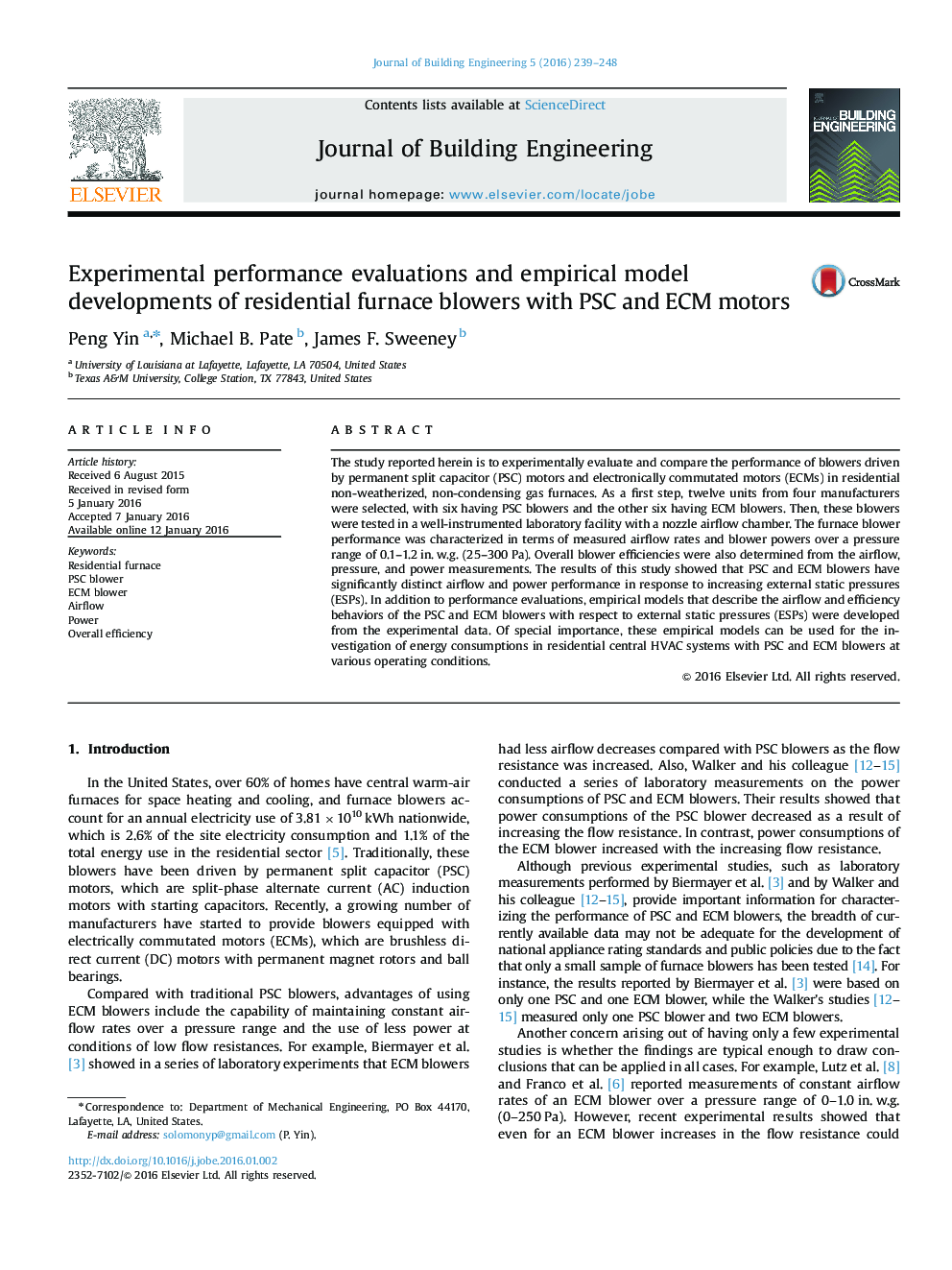 • Airflow, power, and efficiency performance of PSC and ECM blowers were evaluated.
• Airflow and efficiency models for each blower type were developed.
• These models can be integrated with building energy simulations.

The study reported herein is to experimentally evaluate and compare the performance of blowers driven by permanent split capacitor (PSC) motors and electronically commutated motors (ECMs) in residential non-weatherized, non-condensing gas furnaces. As a first step, twelve units from four manufacturers were selected, with six having PSC blowers and the other six having ECM blowers. Then, these blowers were tested in a well-instrumented laboratory facility with a nozzle airflow chamber. The furnace blower performance was characterized in terms of measured airflow rates and blower powers over a pressure range of 0.1–1.2 in. w.g. (25–300 Pa). Overall blower efficiencies were also determined from the airflow, pressure, and power measurements. The results of this study showed that PSC and ECM blowers have significantly distinct airflow and power performance in response to increasing external static pressures (ESPs). In addition to performance evaluations, empirical models that describe the airflow and efficiency behaviors of the PSC and ECM blowers with respect to external static pressures (ESPs) were developed from the experimental data. Of special importance, these empirical models can be used for the investigation of energy consumptions in residential central HVAC systems with PSC and ECM blowers at various operating conditions.