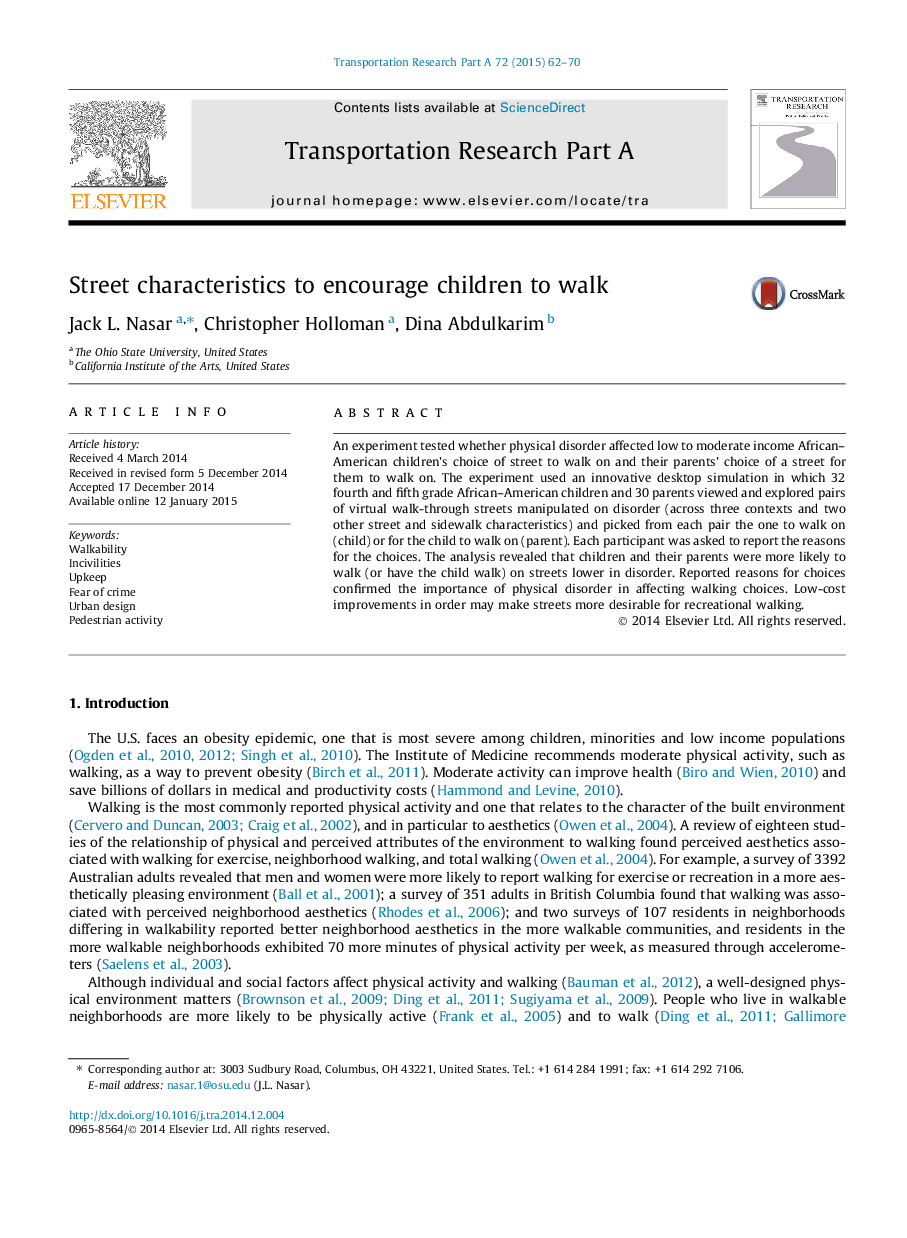 • An experiment tested in virtual streets effects of disorder on walking choice.
• African–American parents chose more to less orderly roads for their child to walk.
• Their children also chose the more over the less orderly streets to walk on.
• Reducing physical disorder may attract walking and improve community quality.
• Communities should test the effects of these and other changes on walking.

An experiment tested whether physical disorder affected low to moderate income African–American children’s choice of street to walk on and their parents’ choice of a street for them to walk on. The experiment used an innovative desktop simulation in which 32 fourth and fifth grade African–American children and 30 parents viewed and explored pairs of virtual walk-through streets manipulated on disorder (across three contexts and two other street and sidewalk characteristics) and picked from each pair the one to walk on (child) or for the child to walk on (parent). Each participant was asked to report the reasons for the choices. The analysis revealed that children and their parents were more likely to walk (or have the child walk) on streets lower in disorder. Reported reasons for choices confirmed the importance of physical disorder in affecting walking choices. Low-cost improvements in order may make streets more desirable for recreational walking.