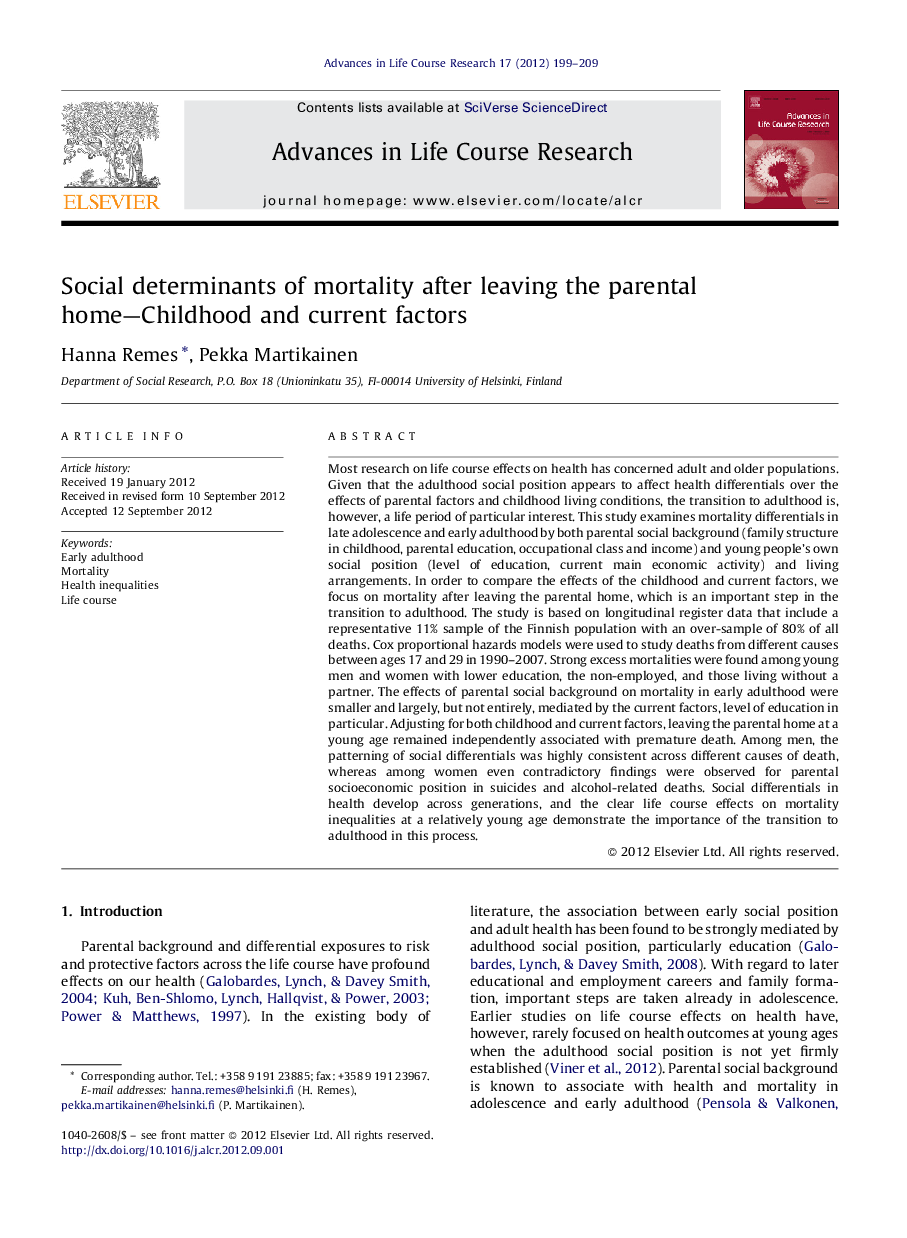 Most research on life course effects on health has concerned adult and older populations. Given that the adulthood social position appears to affect health differentials over the effects of parental factors and childhood living conditions, the transition to adulthood is, however, a life period of particular interest. This study examines mortality differentials in late adolescence and early adulthood by both parental social background (family structure in childhood, parental education, occupational class and income) and young people's own social position (level of education, current main economic activity) and living arrangements. In order to compare the effects of the childhood and current factors, we focus on mortality after leaving the parental home, which is an important step in the transition to adulthood. The study is based on longitudinal register data that include a representative 11% sample of the Finnish population with an over-sample of 80% of all deaths. Cox proportional hazards models were used to study deaths from different causes between ages 17 and 29 in 1990–2007. Strong excess mortalities were found among young men and women with lower education, the non-employed, and those living without a partner. The effects of parental social background on mortality in early adulthood were smaller and largely, but not entirely, mediated by the current factors, level of education in particular. Adjusting for both childhood and current factors, leaving the parental home at a young age remained independently associated with premature death. Among men, the patterning of social differentials was highly consistent across different causes of death, whereas among women even contradictory findings were observed for parental socioeconomic position in suicides and alcohol-related deaths. Social differentials in health develop across generations, and the clear life course effects on mortality inequalities at a relatively young age demonstrate the importance of the transition to adulthood in this process.

► A longitudinal study with annual data on social factors and mortality in early adulthood.
► Low education, non-employment and living without a partner associated with high excess mortality.
► The effects of parental social background on mortality were largely mediated by the current factors.
► Early age at leaving the parental home independently associated with premature death.