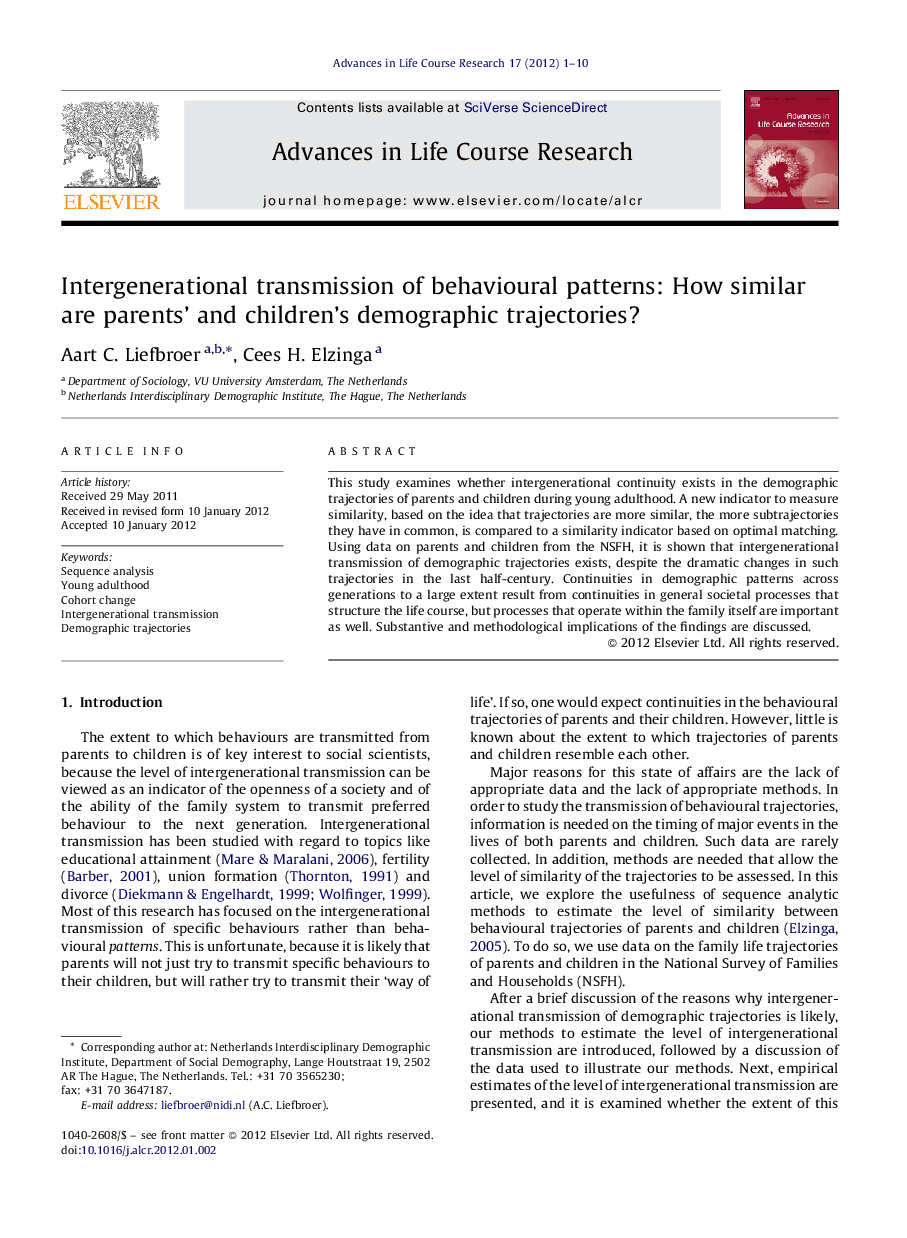 This study examines whether intergenerational continuity exists in the demographic trajectories of parents and children during young adulthood. A new indicator to measure similarity, based on the idea that trajectories are more similar, the more subtrajectories they have in common, is compared to a similarity indicator based on optimal matching. Using data on parents and children from the NSFH, it is shown that intergenerational transmission of demographic trajectories exists, despite the dramatic changes in such trajectories in the last half-century. Continuities in demographic patterns across generations to a large extent result from continuities in general societal processes that structure the life course, but processes that operate within the family itself are important as well. Substantive and methodological implications of the findings are discussed.