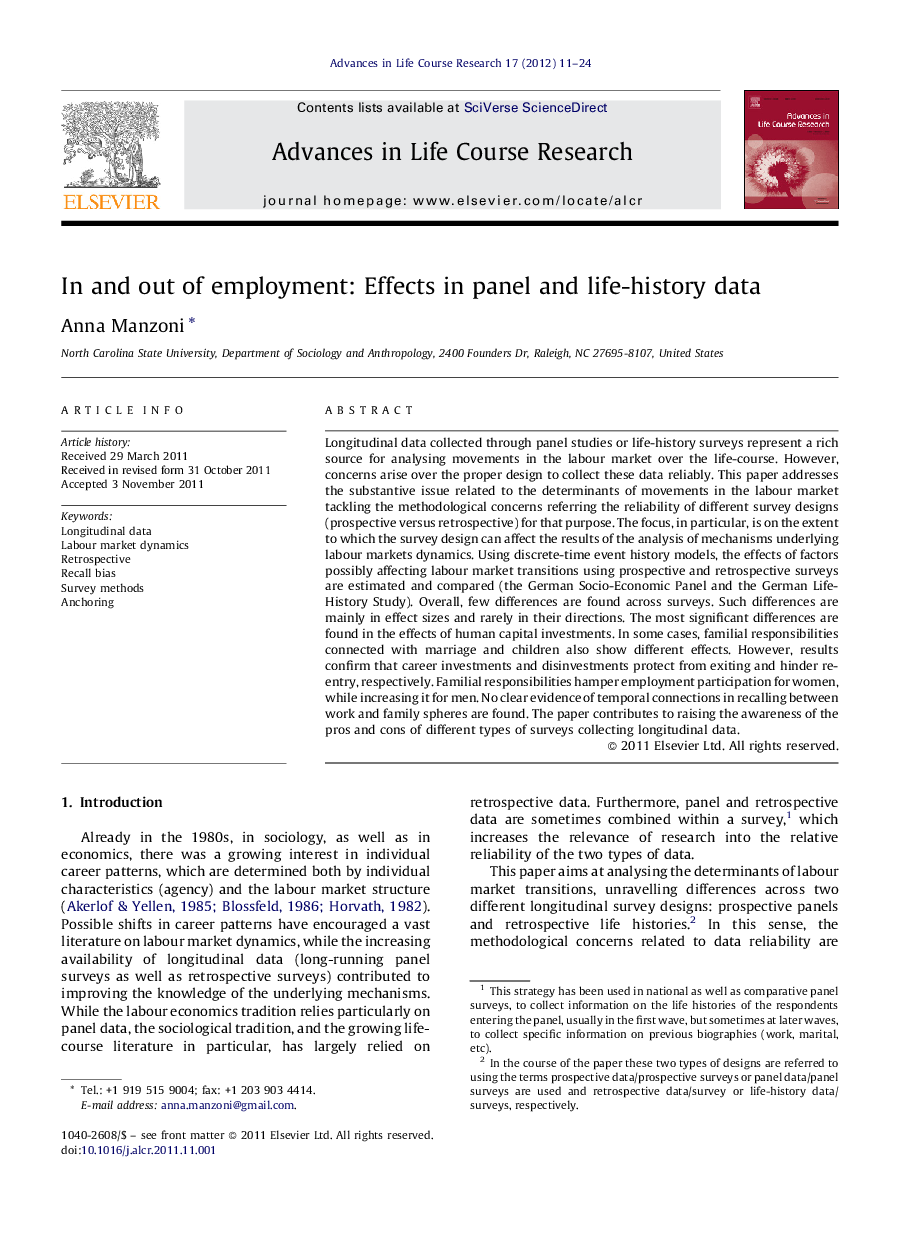 Longitudinal data collected through panel studies or life-history surveys represent a rich source for analysing movements in the labour market over the life-course. However, concerns arise over the proper design to collect these data reliably. This paper addresses the substantive issue related to the determinants of movements in the labour market tackling the methodological concerns referring the reliability of different survey designs (prospective versus retrospective) for that purpose. The focus, in particular, is on the extent to which the survey design can affect the results of the analysis of mechanisms underlying labour markets dynamics. Using discrete-time event history models, the effects of factors possibly affecting labour market transitions using prospective and retrospective surveys are estimated and compared (the German Socio-Economic Panel and the German Life-History Study). Overall, few differences are found across surveys. Such differences are mainly in effect sizes and rarely in their directions. The most significant differences are found in the effects of human capital investments. In some cases, familial responsibilities connected with marriage and children also show different effects. However, results confirm that career investments and disinvestments protect from exiting and hinder re-entry, respectively. Familial responsibilities hamper employment participation for women, while increasing it for men. No clear evidence of temporal connections in recalling between work and family spheres are found. The paper contributes to raising the awareness of the pros and cons of different types of surveys collecting longitudinal data.