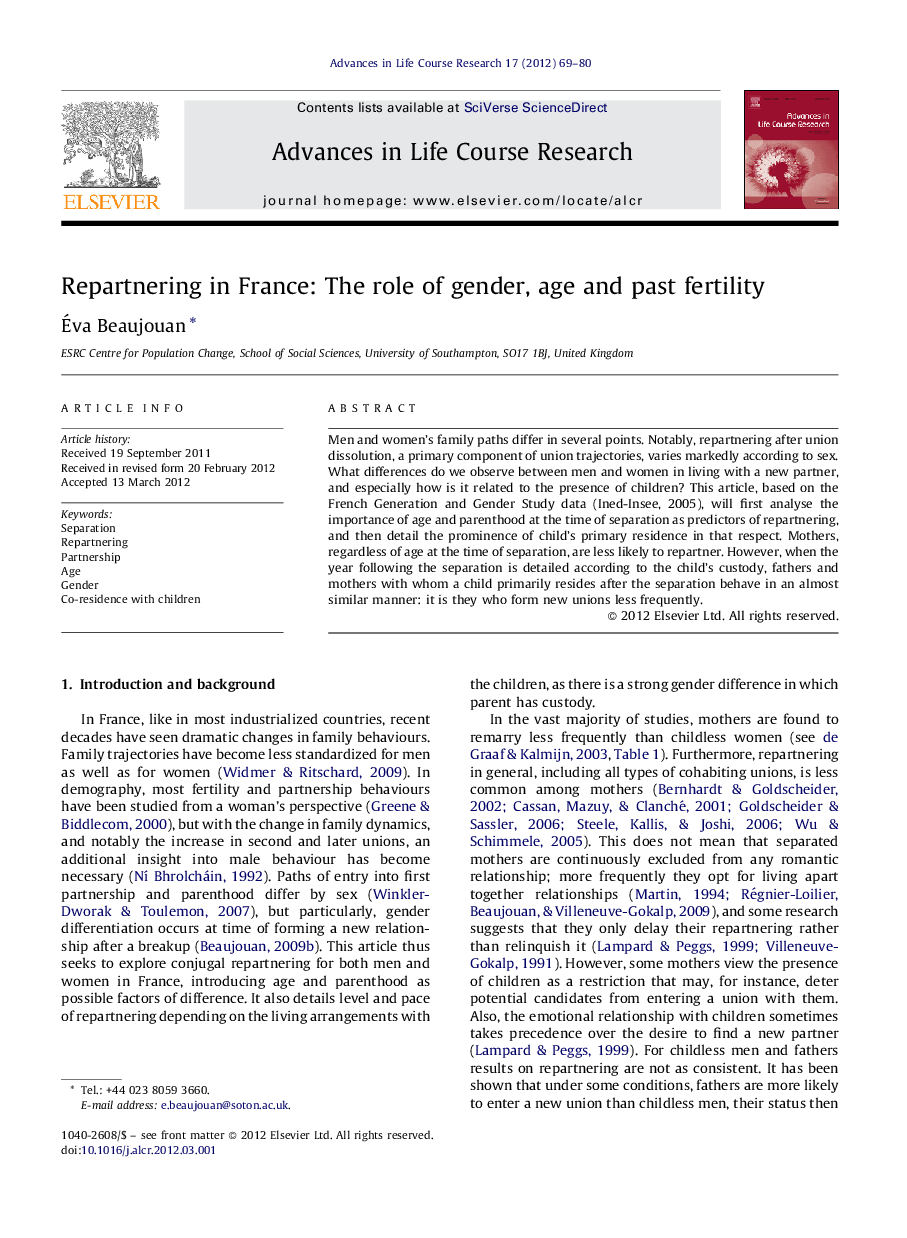 Men and women's family paths differ in several points. Notably, repartnering after union dissolution, a primary component of union trajectories, varies markedly according to sex. What differences do we observe between men and women in living with a new partner, and especially how is it related to the presence of children? This article, based on the French Generation and Gender Study data (Ined-Insee, 2005), will first analyse the importance of age and parenthood at the time of separation as predictors of repartnering, and then detail the prominence of child's primary residence in that respect. Mothers, regardless of age at the time of separation, are less likely to repartner. However, when the year following the separation is detailed according to the child's custody, fathers and mothers with whom a child primarily resides after the separation behave in an almost similar manner: it is they who form new unions less frequently.