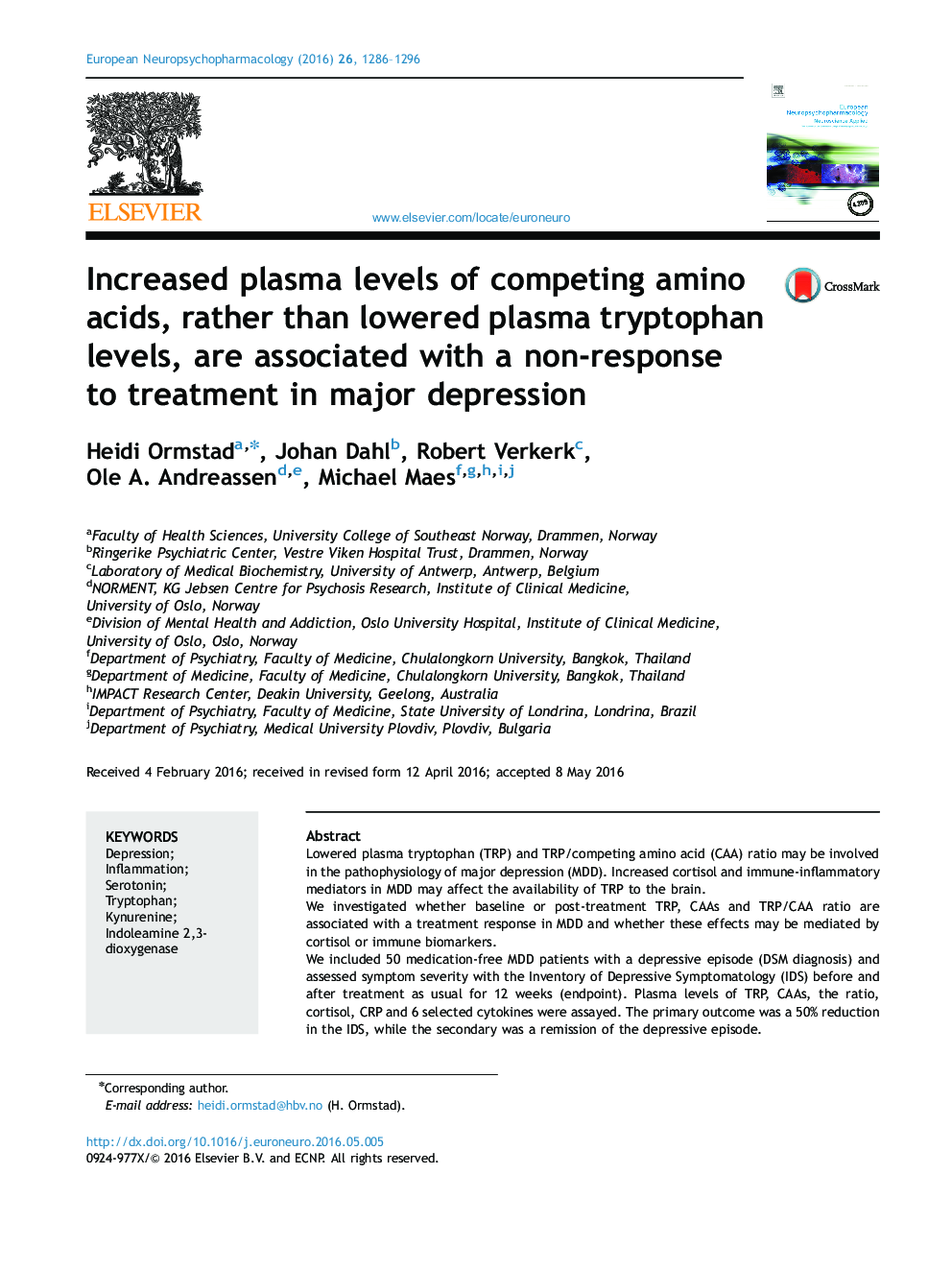 Lowered plasma tryptophan (TRP) and TRP/competing amino acid (CAA) ratio may be involved in the pathophysiology of major depression (MDD). Increased cortisol and immune-inflammatory mediators in MDD may affect the availability of TRP to the brain.We investigated whether baseline or post-treatment TRP, CAAs and TRP/CAA ratio are associated with a treatment response in MDD and whether these effects may be mediated by cortisol or immune biomarkers.We included 50 medication-free MDD patients with a depressive episode (DSM diagnosis) and assessed symptom severity with the Inventory of Depressive Symptomatology (IDS) before and after treatment as usual for 12 weeks (endpoint). Plasma levels of TRP, CAAs, the ratio, cortisol, CRP and 6 selected cytokines were assayed. The primary outcome was a 50% reduction in the IDS, while the secondary was a remission of the depressive episode.In IDS non-responders, CAAs increased and the TRP/CAA ratio decreased, while in IDS responders CAAs decreased and the TRP/CAA ratio increased from baseline to endpoint. In patients who were still depressed at endpoint TRP and CAAs levels had increased from baseline, while in remitted patients no such effects were found. Increases in CAAs were inversely correlated with changes in interleukin-1 receptor antagonist levels.The results show that increased CAA levels from baseline to endpoint are associated with a non-response to treatment in MDD patients. This suggests that the mechanism underpinning the CAA-related treatment resistance may be related to changes in immune pathways. CAA levels and amino acid metabolism may be new drug targets in depression.