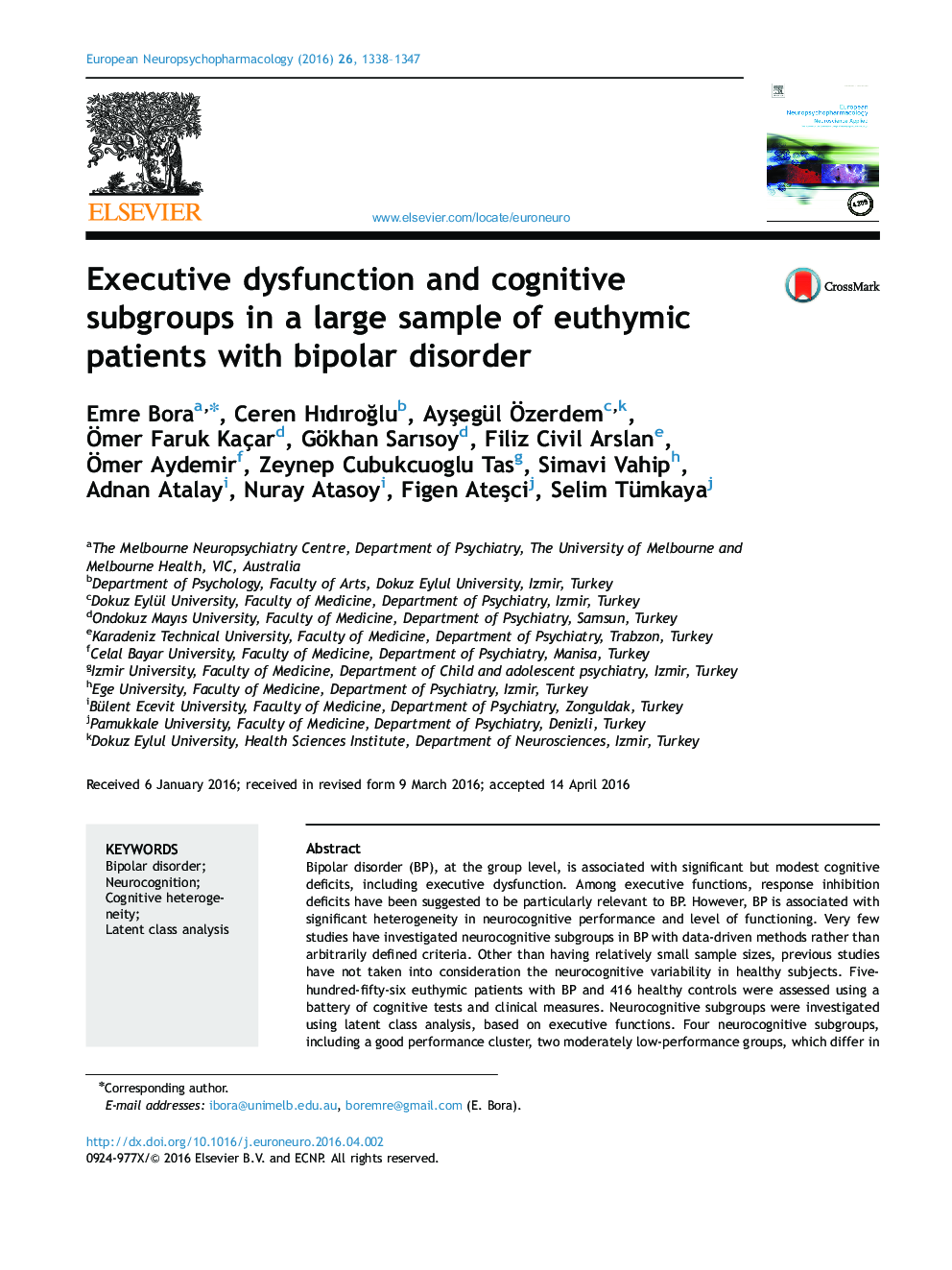 Bipolar disorder (BP), at the group level, is associated with significant but modest cognitive deficits, including executive dysfunction. Among executive functions, response inhibition deficits have been suggested to be particularly relevant to BP. However, BP is associated with significant heterogeneity in neurocognitive performance and level of functioning. Very few studies have investigated neurocognitive subgroups in BP with data-driven methods rather than arbitrarily defined criteria. Other than having relatively small sample sizes, previous studies have not taken into consideration the neurocognitive variability in healthy subjects. Five-hundred-fifty-six euthymic patients with BP and 416 healthy controls were assessed using a battery of cognitive tests and clinical measures. Neurocognitive subgroups were investigated using latent class analysis, based on executive functions. Four neurocognitive subgroups, including a good performance cluster, two moderately low-performance groups, which differ in response inhibition and reasoning abilities, and a severe impairment cluster were found. In comparison to healthy controls, BP patients were overrepresented in severe impairment cluster (27% vs 5.3%) and underrepresented in good performance cluster. BP patients with lower educational attainment and older age were significantly more likely to be members of cognitively impaired subgroups. Antipsychotic use was less common in good performance cluster. These results suggest that there is a considerable overlap of cognitive functions between BP and healthy controls. Neurocognitive differences between BP and healthy controls are driven by a subgroup of patients who have severe and global, rather than selective, cognitive deficits.