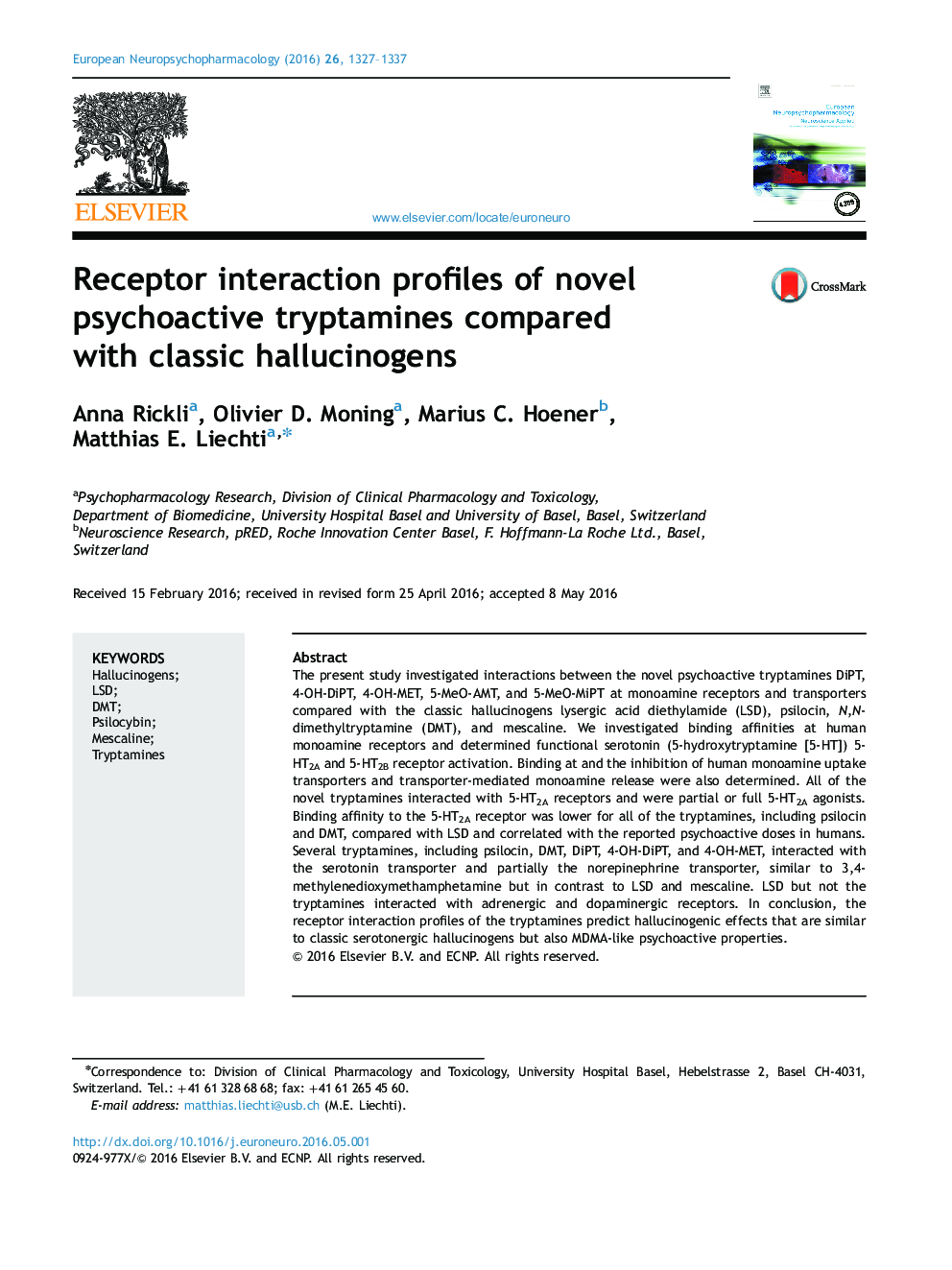 The present study investigated interactions between the novel psychoactive tryptamines DiPT, 4-OH-DiPT, 4-OH-MET, 5-MeO-AMT, and 5-MeO-MiPT at monoamine receptors and transporters compared with the classic hallucinogens lysergic acid diethylamide (LSD), psilocin, N,N-dimethyltryptamine (DMT), and mescaline. We investigated binding affinities at human monoamine receptors and determined functional serotonin (5-hydroxytryptamine [5-HT]) 5-HT2A and 5-HT2B receptor activation. Binding at and the inhibition of human monoamine uptake transporters and transporter-mediated monoamine release were also determined. All of the novel tryptamines interacted with 5-HT2A receptors and were partial or full 5-HT2A agonists. Binding affinity to the 5-HT2A receptor was lower for all of the tryptamines, including psilocin and DMT, compared with LSD and correlated with the reported psychoactive doses in humans. Several tryptamines, including psilocin, DMT, DiPT, 4-OH-DiPT, and 4-OH-MET, interacted with the serotonin transporter and partially the norepinephrine transporter, similar to 3,4-methylenedioxymethamphetamine but in contrast to LSD and mescaline. LSD but not the tryptamines interacted with adrenergic and dopaminergic receptors. In conclusion, the receptor interaction profiles of the tryptamines predict hallucinogenic effects that are similar to classic serotonergic hallucinogens but also MDMA-like psychoactive properties.