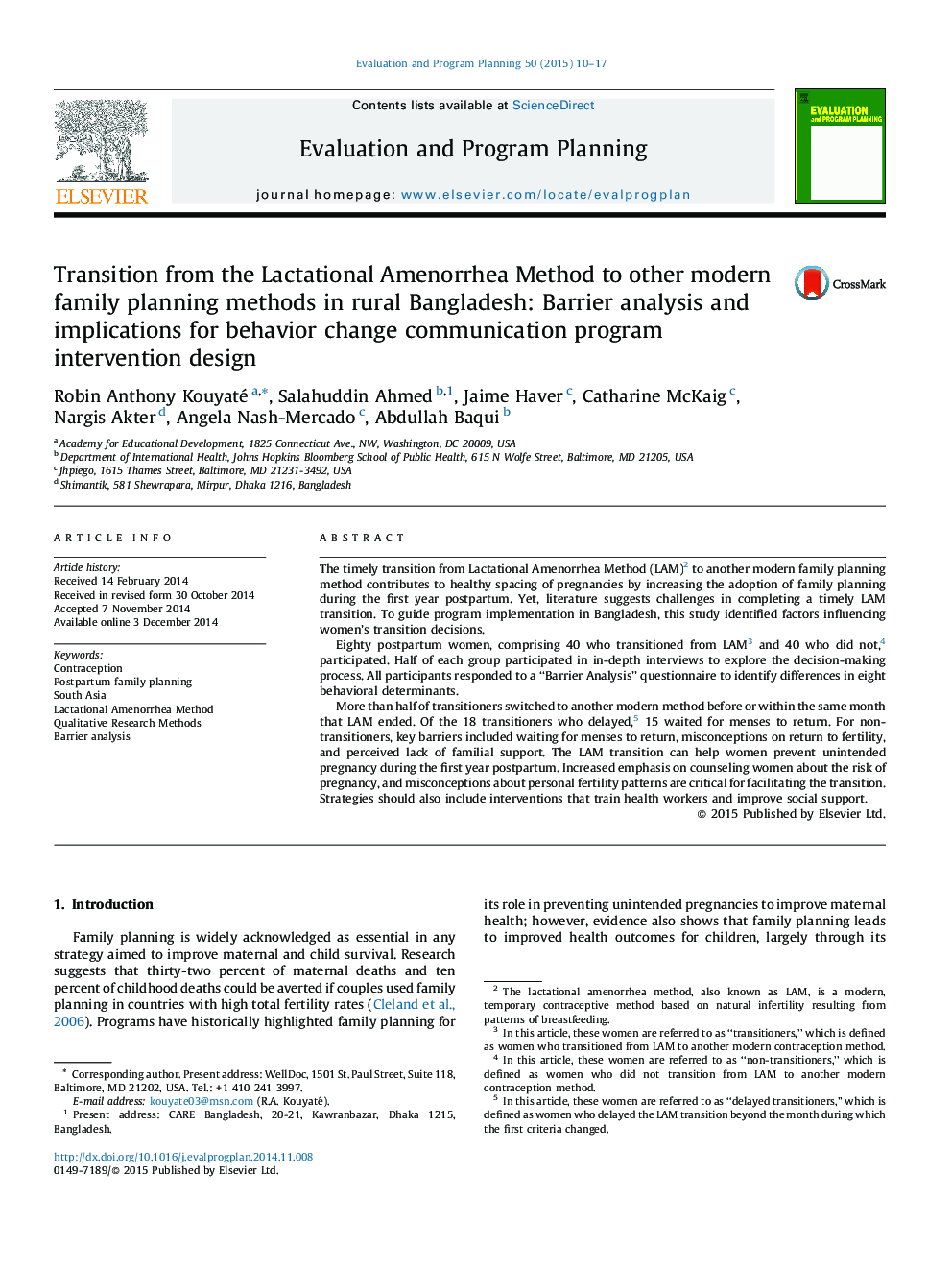 • Resumption of menses influences timing of the transition from the Lactational Amenorrhea Method to another modern method.
• Previous experiences with return to fertility influenced decision to wait for method adoption.
• Perceived lack of social or familial support was a barrier to a timely transition.

The timely transition from Lactational Amenorrhea Method (LAM)2 to another modern family planning method contributes to healthy spacing of pregnancies by increasing the adoption of family planning during the first year postpartum. Yet, literature suggests challenges in completing a timely LAM transition. To guide program implementation in Bangladesh, this study identified factors influencing women's transition decisions.Eighty postpartum women, comprising 40 who transitioned from LAM3 and 40 who did not,4 participated. Half of each group participated in in-depth interviews to explore the decision-making process. All participants responded to a “Barrier Analysis” questionnaire to identify differences in eight behavioral determinants.More than half of transitioners switched to another modern method before or within the same month that LAM ended. Of the 18 transitioners who delayed,5 15 waited for menses to return. For non-transitioners, key barriers included waiting for menses to return, misconceptions on return to fertility, and perceived lack of familial support. The LAM transition can help women prevent unintended pregnancy during the first year postpartum. Increased emphasis on counseling women about the risk of pregnancy, and misconceptions about personal fertility patterns are critical for facilitating the transition. Strategies should also include interventions that train health workers and improve social support.